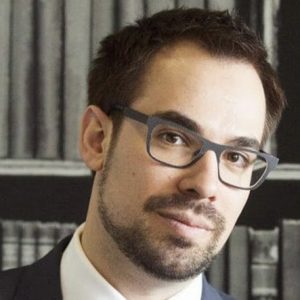 Ever wondered about the benefits of business incubation? Join us this week as Ben Fox, co-founder of Sidekick Pro, tells us about his unique experiences starting his business and why goal setting and fostering relationships is important when you’re starting out.

A Bit of Background

At 17 Ben pooled together all the money he made as a summer camp counsellor and bought his first computer. He joined some online forums where he learned how to import clothing from India and sell it at a profit. Eventually, that small business venture ended after the Canadian Government closed the loophole and he couldn’t import anymore.

That wasn’t the end of his entrepreneurial journey though. Some years later after being let go from a job, Ben overheard some business owners talking about getting their website built in India but Ben chimed in and said that he could do it. He was given a $300 budget and nothing else! With no website creation training, he found WordPress and created the site.

And so, his WordPress career began!

Ben says that he is the marketing and business development person in his company. The number one thing he does is foster and grow relationships between his company and potential clients and he relies on his team to do what they do.

Every day Ben and his team make a list of three things that they want to accomplish. He empowers his team to remind him to do that too!

One goal should align with the company’s annual goals. Two of the other things are a little more tactical to get the sprint done.

They use the Agile Development Method and the tool they use is Pivotal Tracker which is an Agile project management system where every task belongs to a story you want to tell.

Every two weeks they have an acceptance meeting where Ben acts as the customer and he evaluates whether he would accept the piece of the product or not.

Ben’s advice is to explore the Agile development method if you’re not making much progress in your business. Once they implemented this strategy it was transformative for Sidekick Pro and their productivity.

Is Sidekick Pro a Competitor for Video User Manuals?

They are in the same space but hear about the differences at the 23-minute mark.

There are people who are awesome at what they do but perhaps don’t put enough emphasis on the importance of forming relationships. That is the core of business development.

Ben’s advice is that if you want to be successful, show up on time, dress to play and talk to people. He started talking to people at WordCamps and that is where he has been able to get a lot of his business. He says that you will see some of the big names within the WordPress space there, and you will be surprised that most of them are in fact very approachable.

Ben and his business partner Bart co-founded Sidekick Pro and located it within a business incubation environment. With the support of small business owners, Sidekick Pro blossomed and graduated from this environment to stand on its own two feet.

As a team of eight, Sidekick Pro has expanded to accommodate the likes of NYU, providing tutorials for students and staff on some of the steps to set up a blog on the NYU blog site.

Well, well… weren’t they some awesome tips from Ben! Let us know what you think in the comments below.