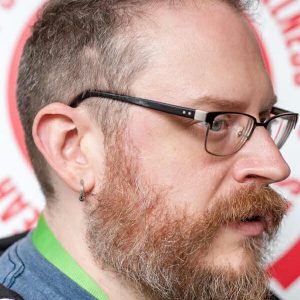 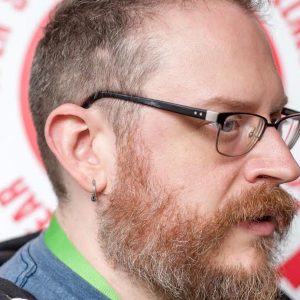 Ed Finkler, also known as Funkatron, started making websites before browsers had frames! He is the Lead Developer and Head of Developer Culture at Graph Story. But he’s here for a different discussion today; Ed joins us to talk about raising mental health awareness in the tech community with Open Sourcing Mental Illness (OSMI). You won’t want to miss this discussion with Ed Finkler on this special Mental Health Month edition of the WP Elevation podcast.

Speaking openly about mental health is the first step. @Funkatron

It’s estimated that roughly 20% of the population will deal with the medical diagnosis of a mental health issue every year; among IT professionals that percentage is even higher. Ed Finkler is a lead developer who has been in the tech world for several decades now. Because of his own mental health experiences, he has started a group to help IT professionals suffering from mental health disorders and to help those who employ or work with those professionals.

Today that organization is called Open Sourcing Mental Illness (OSMI). OSMI works to raise awareness about mental health within the IT community through research, education and organizational outreach. It’s called Open Sourcing Mental Illness because OSMI uses the ideas of open source culture to fight the mental health issues in the tech community.

When I asked Ed about the specific origins of OSMI, he shared that he has ADHD and generalized anxiety disorder along with episodic depression (the first two are chronic). He described feeling isolated and different from everyone in the earlier days of his career.

It's easier to make changes in an organization from the top down. @Funkatron

That shifted about five years ago when he opened up about his struggles publicly on a podcast he co-produces with his friend Chris, called Development Hell. Ed talked about a particularly difficult time at a conference and how his mental health struggles made the experience even more challenging.

That episode remains one of the most listened to shows they have ever released! Ed has talked about mental health over 60 times since then, and OSMI has grown from an idea to today’s group of over 30 volunteers, including a Board of Directors.

According to his research within the OSMI community, roughly 93% of people believe being labeled with a mental health disorder could or definitely would negatively impact their careers. Even just talking about a mental health issue with their employers or their clients is seen as potentially damaging: 20% believe raising the discussion could or would negatively impact their career, or their business if self-employed.

Which leads to a conundrum: how do you get resources to people in the workplace if they can’t talk about a mental health issue? How do people become educated if they are afraid to talk about it? The first step, according to Ed, is to speak openly about it. The next step is for others to listen without judgment and to understand that a mental health problem is not a personality flaw or a moral failing within someone. People with mental health issues are not weak or lazy.

There's nothing wrong with talking with someone.” @Funkatron

When we start to change these attitudes, and we begin to have discussions openly with compassion and empathy, then anyone with mental health issues can get the help and support they need.

And that is what OSMI does, on two different levels: the individual level and the organizational level. Hear Ed describe both on today’s episode, along with why it’s okay to seek professional help to feel better, and why having professional help is like having a business coach.

Gin McInneny is head of Customer Happiness at WP Elevation. She has experience in website development, digital marketing, videography, and education. Gin brings these skills plus her unique enthusiasm to the wonderful world of WP Elevation.
[rp4wp limit=4]