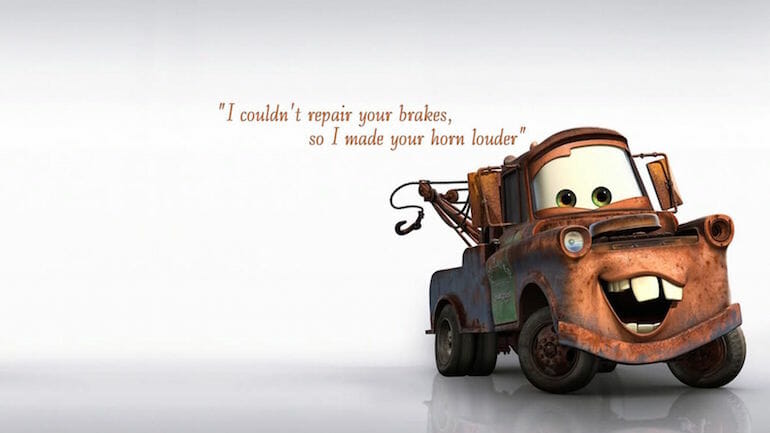 If you’re in the WordPress community, and you follow WordPress companies on Twitter, then it’s not hard to believe it when I tell you that everyone is hiring.

There’s tons of work, and clearly not enough people to do it.

If you’re one of the folks that’s thinking about hiring, then you know how hard it is to hire great talent when you’re competing with everyone else.

It’s not hard to imagine that the whole hiring dynamic is making you stressed:

If this is where you find yourself, I want to suggest a framework for how you think about your hiring, a framework about the staff you’ll likely need, that may help you find people that are right for you – and may not be in the same kind of demand.

What I’m really trying to do, if I’m honest with you, is create a new vocabulary for how you think and talk about your hiring needs when you’re talking with the rest of the folks in your business.

Have you seen the movie Cars?

If you have, there’s a scene in there where there’s a bit of mocking going on. The mockery is pointed at Lightning McQueen – the protagonist of the movie – because he’s a racecar that doesn’t have headlights.

His retort, of course, is that the track is already lit – duh!

At another point, early in the movie, he talks about being a one-man show and his pit crew takes off.

Racecar employees are the folks that can do amazing things. They can take off quickly and move fast. Zero to sixty in no time at all. Sounds great, right?

These are the folks that can hit the ground running. The ones everyone is competing for, because they are normally not only able to get started on day one, but they’re also really good at something (API development, Javascript coding w/Angular, etc).

Racecar employees are expensive, but you don’t mind paying because they’re specialists who go deep in an area – seriously really deep.

Performance and scaling, or reporting, or database design, or integration specialists – they’re all racecar employees. They do something well and they move quickly.

Racecar employees are expensive, but you don’t mind paying because they’re specialists @ChrisLema

In the movie Cars we also meet Mater (“as in Tow-mater”), and he’s a tow truck.

Tow Trucks are amazing vehicles if you’ve ever had occasion to use one. They can carry a huge and heavy load. They’re the second kind of employee I want to talk about.

Tow truck employees also do one thing really well, a bit like racecar employees. Only the difference here is that they’re not necessarily fast, but they’re diligent, thorough, and can handle seriously high-pressure environments.

In the software space, security experts are great examples of tow truck employees – because of the heavy load and complexity, along with pressure, that they can handle.

Again, like racecar employees, there’s often a high demand for these kinds of employees.

Minivans aren’t cool enough to be in the movie Cars, except maybe when Van and Minny (outsiders) get lost and don’t want to ask for directions in Radiator Springs.

Minivans aren’t very cool in real life either. But I once asked a guy at the Ford dealership, while I was looking at the Ford Edge we ended up buying, why there was such a good deal on the minivan. “What’s the deal?” I asked, and his response was simply, “Look at it. It’s a minivan.”

While they aren’t Honda Civics, they get way better gas mileage than tow trucks or racecars.

Minivan employees aren’t necessarily flashy. They aren’t the loudest or greatest at capturing your attention. But they can carry a fairly decent load. And their cost isn’t exorbitant.

Like Minivans, Honda Civics don’t rate well enough to show up in Cars, but they make an appearance in Cars 2. Not that it matters because everyone knows what a Honda Civic is.

It’s a car that all the other cars out there compare themselves to. It’s the standard when it comes to fuel-efficient and reliable cars, and for the longest time has been a top seller in both the US and Canadian markets.

Honda Civic employees get things done. They can be counted on. They don’t have the same capacity of a minivan, but they work well with everyone, and last a long time. These are the folks that if treated well will stay loyal to you for more than two or three years.

The things I care about (when hiring)

Now that I’ve introduced you to four types of employees, I want to highlight the framework for how they all fit together. And to do so, I have to explain what I feel are the two most critical factors when hiring employees.

The two factors that matter most, in my paradigm, are utility and capacity. Let me show you my two-by-two grid, as I explain why these are so important.

What you’ll see is that I’ve created this grid to look at both factors, with the dynamic looking at both limited/low and high utility and capacity.

And, as you can imagine, while a lot of people pursue (without always knowing it) racecars and tow trucks, I want to make the case that you should predominantly hire minivans and Honda Civics.

That’s right, I’m suggesting that while specialists like racecars or tow trucks can do amazing things, their utility is limited and therefore it makes profit maximization a real challenge. High utility employees, on the other hand, are great for profit maximization.The goal is Profit Maximization

I know it’s easy to forget what the goal is, especially when you’re interviewing people and some candidates just shine.

They’re ready to hit the ground running and are ready to make you money. Or they may not be able to take off on their first day, but they’re specialists with deep domain expertise in your specific space (eCommerce, security, UX) and can handle the pressure.

These are the more expensive staff, but you just know that you’ll have experts all around you and they’ll be able to take on so much work, and do so well, that everything will work out.

Unfortunately, racecars can also be high maintenance. You need certain support staff to take care of them (pit crews are a thing, even in the software world).

And tow trucks pay off, in the long run, but their up front cost can make that long run pretty darn long.

And while you might win some races with a racecar, and the prize money looks good, the high cost of a racecar may make profit, much less profit maximization, a hard reality to reach.

I define utility this way:

Utility: the measurement of my ability to put a resource in as many different kinds of projects as possible while still generating profit.

Racecars like to race. They don’t like to take people to the airport. And if they did, it would be way too costly to make sense. And they could only take one person without luggage.

Tow trucks can’t take people to the airport, or on a trip. The high cost of their poor fuel efficiency only makes sense when they’re carrying a heavy load.

I define capacity this way:

Capacity: the measurement of my ability to put a resource into as many complex situations as possible (either complexity of communication, or of effort).

You likely know what I’m talking about when I mention complexity of communication. Some projects aren’t super complex, and yet, the larger the team, the worse someone does. They either communication poorly, or they are constantly stirring things up. Those people can’t work well in projects with high communication complexity.

They’re Honda Civics. They can do a lot of work (high utility), and be on a lot of projects. But they’re better with small teams.

High capacity folks are minivans (who can handle communication complexity). They can work with a lot of people, in changing dynamics, and they do just fine.

Other high capacity folks are tow trucks (who can handle complex effort). They’re the kind of specialist that might have tons of repetitive but complex work to do (puzzles like malware remediation), or non-repetitive but still complex work (integrating into Oracle Financials over 9 months).

If you can only work on simple projects, you have low capacity. @ChrisLema

Who do you need?

You may call these things something other than utility and capacity, but they’re the way I think about these things. In my shorthand, the conversations I have with my executive team, and in coaching others, I simply ask:

Who do you need? A racecar, tow truck, minivan or Honda Civic?

When I ask it this way, we can get to the core of the issue. And more often than not, what we find is that we deal with a lot of communication complexity on large projects, so we need minivans.

Or we work in situations where we need the go to person to work on a lot of different projects, even juggling many at once. These are the Honda Civics of the world.

And they end up, both minivans and Civics, being less expensive (though not cheap), and much more in line with our overall goal, which is profit maximization.

What about you? What do you need? 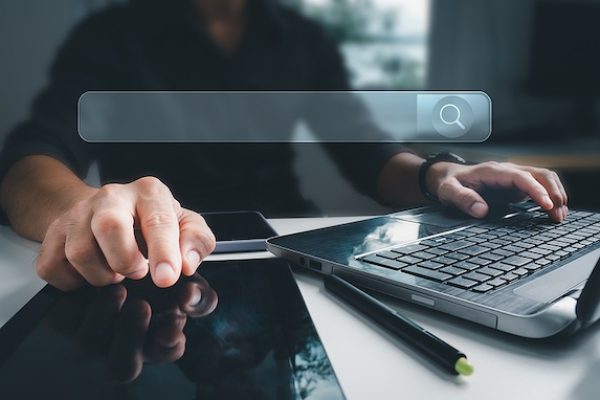 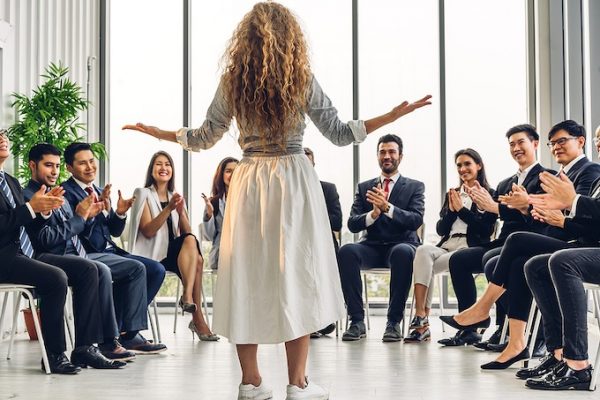 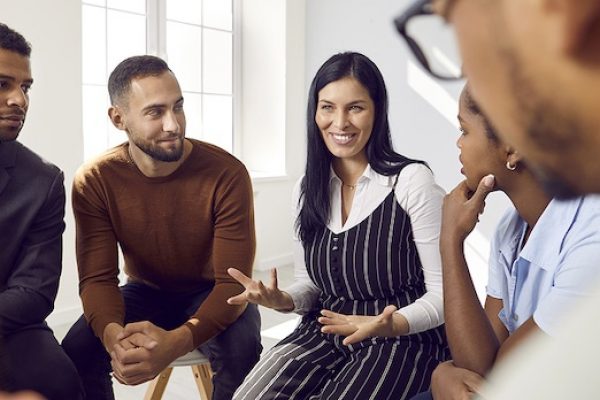 Top 10 Characteristics Of A Great Agency