How to Bootstrap your Business (Without Going Broke) with Adam Mills 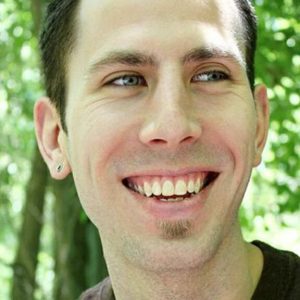 Do you want to break free from the pack, differentiate yourself and find that power to say no? Or are you starting out and don’t know how to survive financially? Then listen in! Our guest for today’s show is Adam Mills of Bottomless Design. Adam is a successful business owner and has valuable experience in both theme design as well as client relations.

In this podcast, Adam shares his insights on how to balance the boundaries of working at home, how he bootstrapped his business without going broke and how to differentiate yourself in a saturated market.

A Bit About Adam

Adam discovered his interest in the web after he graduated from college, originally as a carpenter. But went back to school to learn web design and creation. He currently owns and operates the popular web design company Bottomless Design which also focuses on theme development.

Adam lives a natural lifestyle, so he likes to extend that to his business and work with clients that are doing a similar thing. More on this to come!

Adam says that the key to working from home is to have a quitting time and then honouring it. If you work too late into the evening then it’s harder to switch off when it’s time to go to bed. He is realistic about the amount of work that he can get done in the day so that he can get a good night’s sleep.

He tries to draw that line because it can be easy to take one more email or something on your to-do list at the end of a day until it is nearly time for bed!

Have clear boundaries and know what your dedicated work times are.

Adam was working for a company full-time running their website but started his own company on the side working in the evenings and on weekends. He did that for a while and didn’t have a lot of free time but it gave him the freedom to be in control of his business. He could be selective about his clients and by doing this, he built up a clientele that he was proud to work with and found his niche.

Troy mentions here that working with the wrong clients can actually set you back. But it is hard to do this when you need the income, so this is a great way to start your company off with the right foundation. You just need to be willing to put the hours in at the beginning.

The name of his company, Bottomless Design, came from the idea of the bottomless well of information, but it also has an ulterior meaning. The second meaning is that working from home allows Adam to literally be bottomless, or without pants, for as long as he likes!

He was inspired at a WordCamp by a speaker who said that you can do the same work over and over or you can build something once and sell that over and over.

It was then that he decided to start creating themes.  Once he finished creating his first theme, he put in his notice at his full-time job as theme creation could now be his recurring revenue.

Theme design is a saturated marketplace but Adam’s take on it is that there are a lot of themes out there, but you never take them out of the box and use it exactly how it is. You always end up changing it.

Adam started out by making a list of what he looks for in a theme and then decided to make themes that could work for many different people.

For some reason though, Adam said that most of his clients are women. He didn’t target that audience, but he finds that with his designs and the way he runs his business means that they gravitated towards his company. He then started looking at each of the scenarios, goals and audience for his clients and then built themes based on that.

Adam’s niche is female clientele in the health, wellness and the natural world. He lives a natural life, eats natural food and uses natural cleaning products so he wants his business to be an extension of that. He wanted to work on projects which are fulfilling for him.

Adam turns down work if it isn’t aligned with industries with a natural bend. Recently he had someone who was adamant that Adam build him a website, but it was about guns. This is totally against his brand so he passed on it. He is more interested in building relationships with the clients where there is trust and respect.

How to Say No

Adam has never had a problem with saying no. When he was starting out, he had that mentality that he didn’t need to take on anything that he didn’t want to and that mentality kept going even once he left his full-time job. He says that he has busy periods and slow periods. If someone isn’t a good fit in a slow period, he still doesn’t worry about it because he takes that quieter time to improve his business and sees that as a gift.

When you have a recurring revenue, it gives you the freedom to say no.

Tune in around the 40-minute mark where Adam talks about Mojo why he chose Mojo MarketPlace over ThemeForest to sell his themes.

Have the confidence to say no. It’s freeing and opens up other opportunities for you - @BottomlessDsign