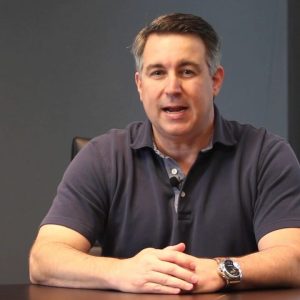 Perhaps you have heard about leveraging your content but are not exactly sure how to go about it. Well, in this week’s episode, Troy talks to best selling author and CEO of Kansas City Web and Kansas City SEO – Phil Singleton. He tells us about how he approaches his marketing through leveraging influencers and reusing and repurposing content.

So much to learn in this episode, so tune in!

Who is Phil Singleton?

Phil is well known as the best selling author of SEO for Growth which he co-authored with John Jantsch. However, Phil considers himself a web designer with a difference – he creates lead generation websites that turn into recurring income for his clients and he uses the books that he has written to leverage his business.

Writing Books – Not as Difficult as You Think

Phil says that writing a book was surprisingly not as difficult as he thought it would be.

Phil joined Duct Tape Marketing (which was started by John Jantsch) as a certified consultant. He did a presentation on SEO to a Duct Tape Marketing group which impressed a few members of the audience. Fast forward six months and he had sold his first bestseller – Small Business Owners Guide to Lead Generation.

He wrote that with a group of six other experts. At first writing a book seemed to be an impossible dream for him, but it ended up being easier than he thought by using Amazon’s self-publishing platform called Create Space. He then used some hacks to leverage influencers and gain SEO value (more to come on that topic).

Phil explains that the first book was relatively easy because there were six people involved and they hired a ghostwriter who spent hours which each of them to gather the information and write the transcript. They asked John Jantsch to write the foreword for them which was a huge help, as he is a Wall Street Journal best-selling author (aka an awesome influencer).

The biggest eye-opener for Phil in this process was how easy it is to get endorsements if you simply ask for them. This also helps the endorser as it reaffirms them as an influencer and expert.

It was then he realised the power and ease of endorsements for growth. He was able to leverage these endorsements and essentially have other people doing the marketing for him.

How to Go About Writing a Book?

If you choose to go with an agency to write, edit and do the artwork, they are good at what they do, but they will mark it up with a pretty good premium.

If you want to do it in-house, it’s not as hard as you think to find the talent to do the editing, you can even find them on a platform such as Fiverr.

He spent 6-12 months writing his second book which he then took to John with the idea that if he co-authored it with him then they could launch other businesses from it. John agreed and this was a game changer to have him involved. John then added his input to the book, edited it, and voila! The best-seller was born.

They planted as many experts as they could into the book to give it credibility and also to bring those people in to endorse it. That was a huge part of the launch process because many of these people put the book into their own marketing channels.

Tune in at the 16-minute mark where Troy talks about how he leveraged influencers to grow this podcast series.

What’s the Payoff for Writing a Book?

Phil explains that it has brought him clients from all over the States now rather than just Kansas and most of them tell him that they have read his book. So in that way, the book has helped him grow his business.

However, the main reason for doing this was to build an authority website off SEO for Growth and then use that to build a network of agencies that don’t have the ability to rank in SEO in their city. The payout is still in progress as this is still in its growth stage.

Listen in at the 24-minute mark to find out how he manages his time and prioritises what is important when working on a project.

Phil has been focussing lately on leveraging from podcasts and blogging. A recent project was working on a strategy for 10 lawyers who created a 150-page book by repurposing their blogging content. He was able to make them the authority on these legal topics which lead to being guests on podcasts and opened many other doors for them.

Where Do You Start When You Want to Sell SEO Services?

Phil has three websites – one is marketing, one is web design and the other is SEO. Interestingly,   80-90% of their leads for SEO come from the web design website. This is because people come to you wanting a website but you end up talking to them about how they need a marketing strategy.

Transform yourself from being seen as their web designer to a digital marketer.

How does Phil do this? He creates a mock-up for them with a blog feed, social media feed, reviews, and video. The client will usually come back and tell him that it looks too busy and that don’t have the time to be creating that content.

So he then has the conversation about the effect that taking those elements off will have on their SEO and lead generation. He explains that a website is actually a marketing platform and how you scale the business out and generate recurring revenue.

Transform yourself from being seen as their web designer to a digital marketer. Best selling author, Phil Singleton, on WPE podcast

He recommends that you ask your clients about their competitors and who is doing it better than them. You then use an SEO tool such as SEMrush to pull up the data to show them what they are doing with their website.

Troy makes a good point that the way to stop competing with other web designers is to change the narrative that a potential client may have in their mind. They already don’t want to spend money on their website because they don’t have a proper understanding of what it can do and they perceive it as a sunk cost.

How Kansas City Web positions and differentiates themselves is very clear in the first thing that you see on their website: “They sell websites. We build lead generating websites. Big Difference. Huge”. To add weight to their expertise, they then showcase the book and all of the endorsements from influencers. Once clients see this they then trust that they are the experts.

When he goes to meetings with potential clients he also takes the book with him and advises that they read it and put it into practice. Usually, they can’t be bothered reading it but it works to differentiate you from competitors

You need to change their mind frame to understand that it isn’t a sunk cost. It’s a revenue generator and it’s going to make you money.

Tune in at the 40-minute mark to find out about Phil’s lead generation on his own websites.

Phil started doing his own guesting campaign to get backlinks. After he guests, he then sends his review funnel to them which means he gets many reviews on Google. These backlinks then help you organically and also builds trust for your website.

He is now starting his own podcast series which he will officially launch very soon where he will interview people, get niche authorities and use it locally to get access to “bigger fish”. They may not want a website from him initially, but they will probably say yes to being a guest on the podcast.

Well, there you go. Some great hacks from Phil right there! There’s more gold to be found when you listen in to the full podcast.

Let us know what you think in the comments below – and if you have been able to repurpose your content, we would love to hear about it.