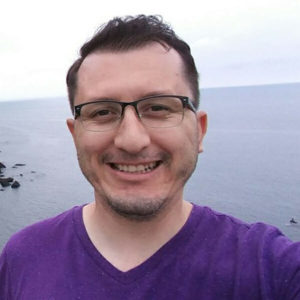 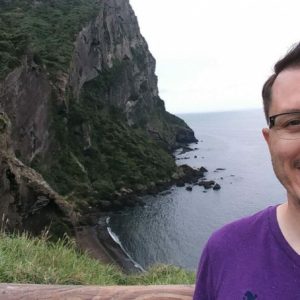 In this new podcast series, Gin will be interviewing some of our very own WP Elevation members and finding out about what lead their business to success. It is going to be an inspiring series, so make sure you listen in!

This week Gin speaks to Matt Rodela from Aledor, who lets us in on the secrets to his success. He talks to us about staying flexible and open to new opportunities,  the importance of finding your niche, and how he was able to create his three businesses which need minimal input from him.

Matt started out in IT after he left the military but eventually got tired of the corporate world and decided to go out on his own six years ago and start an IT company working as an IT consultant.

He had been building websites for years as a hobby and as he was consulting his clients, they either had bad websites or none at all. So being their IT guy they started talking to him about it. Not thinking it would be a full-time thing, he made a few websites and realised he was pretty good at it and that he enjoyed doing it. So 2.5 years ago, he transitioned to web development and hasn’t looked back since.

Matt has three companies at the moment- His first being the web design company Aledor (his surname backwards!) where he builds and redesigns websites for service professionals such as accountants and lawyers.

His second company is Tech Site Builder which is a turnkey website platform specifically designed for computer repair workshops. He acquired this company when he was running his own IT consultancy. Through his podcast series, he made a lot of contacts in the computer repair industry. A fellow podcaster had created Tech Site Builder as a WordPress theme and was selling it packaged with tutorials. However, he wanted to get out of the industry and so he sold the theme to Matt.

Matt then transitioned it from a theme to a turnkey website. Similar to Squarespace, you sign up for a low monthly fee and you get a starter website template with all the tools and plugins that they need. He has been doing this now for two years and it has created a recurring revenue for him with little input as most of it, including the onboarding process, is all automated.

His final project is TurnKey Websites BluePrint which teaches other website consultants how to build their own turnkey website. This will be launched in a couple of months.

How Does He Stay Focussed on Multiple Projects?

Research shows that multitasking isn’t efficient and you get the best work done when you focus on one thing at a time. So with his separate projects, he likes to focus on it, get it launched and then come up with a process to keep it going with minimal involvement from himself. He has a VA who looks after a lot of things as well.

Matt says that he didn’t go out searching for these new projects – they fell into his lap. When you’re doing what you love, then this is what happens!

He has a part-time VA who works four hours a day as well as a part-time developer. The developer is based in Eastern Europe and the VA is in the States. Matt found her accidentally on Upwork when he hired her to do some photo edits. She had such a great manner that he asked her to be his VA because it is hard to find a good person online.

Matt has been through many freelancers and VAs and learned from his mistakes so you need to hold onto a good person when you find them!

What is Matt’s Sweet Spot?

It has evolved over the years and he has seen the common thread throughout everything he has done – he is really good at communicating, breaking things down and being able to explain complex tech stuff.

He has so many aspects of his job that he enjoys doing, but he knows this is his strength and so he builds on it. He outsources the tech side of things and is slowly trying to let others take the reins a little bit. He finds it hard to let go of that control but once you find the right people that are even better than you at what they do, then that makes it much easier.

What Has Been the Biggest Challenge?

His biggest challenge when growing his business has been budgeting and understating how to put the money where it’s most useful. Matt has gone through phases of Shiny Object Syndrome and blowing all his money on new tools for the business. So what helped him get over this was the book “Profit First” which teaches you how to budget your business finances.

The key for Matt was finding his niche. The more you narrow down your services, the clearer the pricing becomes as well as the marketing and the message. Once he was able to find his focus, then people were coming to him and he was able to increase his prices to filter out the people who price shop to find the people who are really serious about working with him to get a great result.

Through his sweet spot, Matt was able to find his niche. But what about people starting just up and who need to be everything to everyone? How should they find their niche?

It’s something that comes with time and can’t be forced. The key is to know that you will eventually need a niche, but that you will need to be everything to everyone while you’re starting out. It has to be something that you learn over time through the type of client that is attracted to you, or by discovering what area you are best at.

It seems counter-intuitive to focus on a niche because you have a fear of missing out and won’t be able to help as many people. But he said that it has had the opposite effect on his business. Word gets around the industry that is your niche and you are seen as the expert in their industry.

The more you narrow down your services, the clearer the pricing becomes as well as the marketing and the message. Great tips from Matt Rodela on WPE podcast.

Everyone has times when they’re ready to throw the towel in when it comes to running your own business. Matt says that the struggle never ends and sometimes it gets more exaggerated as you get more experience. You need persistence and to stay positive.

To get out of any dips in the business he has had to change focus. When he was working on the web development it was a struggle to get clients through the door, so he realised that he needed a different focus that would bring him recurring revenue.

When he hits a problem, by changing focus he is able to go back to what wasn’t working. With a fresh mind he can then tackle it from a different angle and take it to the next level. Through doing that he changes perspectives and builds mini businesses so that if one crashes and burns, he still has the others to rely on. Matt likes to hedge his bets!

When something isn't working in your business, change your focus. Matt Rodela on WPE podcast.

So how does Matt balance personal and professional life? He purposely built these businesses to be flexible so he can work anytime from anywhere. He is a big fan of taking an afternoon off to go to the mall or places that are busy on the weekend and then sometimes working weekends instead. He also plays the trumpet, so he has the flexibility to play a gig and then sleep in.

How Does He See His Businesses Evolving?

Theme: His favourite WordPress theme is the Genesis Framework by StudioPress. Sometimes he builds a custom child theme off that.

Plugin: He is a big fan of Restrict Content Pro he has been using it as a membership plugin and also for the sign-up process on his website. You can also use it to sell products online through a login process for the customer.

Day to day tools: The stack he uses is Slack, Trello, Freshdesk (for support desk for all of his platforms), Process Street (for processes and checklists), and Active Campaign (for email marketing). He then ties them all together with Zapier.

He likes the flexible solutions!

Well, there you go… Matt’s formula for success! I hope you got some inspiration from today’s podcast. Let us know what you think in the comments below.

Gin McInneny is head of Customer Happiness at WP Elevation. She has experience in website development, digital marketing, videography, and education. Gin brings these skills plus her unique enthusiasm to the wonderful world of WP Elevation.
[rp4wp limit=4]