Get The 48 Hour Leads Course & Workshop 90% OFF this Black Friday!
Learn More

Keeping Your S**t Together with Dr. Sherry Walling 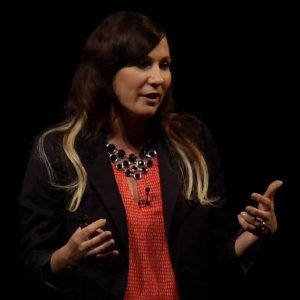 This week’s podcast is a little different. Troy speaks with Clinical Psychologist, Dr Sherry Walling, who has her own podcast series called Zen Founder and a program called Zen Tribes where she collaborates with entrepreneurs such as Cory Miller from iThemes, Shawn Hesketh from WP 101 and Karim Marucci from Crowd Favourite. Sherry’s passion is helping entrepreneurs and founders with their mental health. Sherry and her husband Rob have also just published a book called “The Entrepreneur’s Guide to Keeping Your S**t Together.”

This is a podcast for anyone that has found being an entrepreneur challenging, has struggled with mental health, or is just wanting to know how to deal with feelings of stress and anxiety.

A Bit About Dr. Sherry Walling

Sherry has a PhD in Clinical Psychology and specialises in helping entrepreneurs and executives who are trying make their way in the world of business. It’s a tough path to travel and there are many rewards but it is important that we tell the truth about how hard it is to carve out our own livelihood.

She started out as a professor and did a lot of research into traumatic stress and became curious about how we can prevent long-term mental health problems when people are under stress. She started asking these questions about various populations such as military officers and physicians before she started asking them about founders.

Sherry is married to Rob Walling who is a well-known entrepreneur and author.  Sherry tells Troy that one day in 2012, she found Rob crying in his office as he had just learned that Aaron Schwartz (founder of Reddit) had taken his own life. This had affected him because he could relate to the tough journey of an entrepreneur. The two of them then started asking the question of how they can help founders and entrepreneurs.

When they launched Zen Founder they started with conference presentations then added a podcast which built a strong following. All of these pieces just built on each other until, over the last 18 months, Zen Founder and Zen Tribe have been able to become her full-time vocation.

What Is Zen Founder and How Does It Help Entrepreneurs?

Zen Founder helps entrepreneurs with mental health. Sherry explains that she spends 45% of her time talking about how important it is for us to firstly just notice our mental health. So a big part of her role is education and making mental health a normative conversation.

Sherry encourages people to pay attention to themselves and provides a safe space to allow people to talk. Sherry also helps founders remove the mental blocks which may be holding them back. Loneliness is a big block and is very common for freelancers, but even people with teams still feel lonely sometimes. There are other blocks such as fear of failure or even success. Often people self-sabotage and get scared when they’re on the brink of success.

What Can You Do If You Feel Isolated or Stressed?

Sherry says that one of the most powerful practices that you can do is journaling. It may sound fluffy but there is actually a science behind it.

Her advice is to put your thoughts on paper and look at it objectively. Get it out of your inner world and look at it in a neutral way. Track your metrics: How are you sleeping? What’s your mood like? What are the highs and lows of your day? You can learn a lot about yourself by being the observer. Keep a dream journal or a thought record. This is all a part of collecting data, measuring and understanding yourself.

Our thoughts are important, but they are only one part of us. They feel so loud when they live in the echo chamber of our mind but they sound and feel different when they are outside of us. Troy mentions the book “The Artist’s Way” where the author recommends getting into the habit of just writing whatever is on your mind every morning. A great book! Check out the link at the end of the show notes.

Sherry has a morning routine where she gets up at 5.30 am and goes to the gym or for a run. She likes the quiet and needs that space for her brain to wake up and be internal. She then feels like she has accomplished something and it is still only 7 am!

Collect data on yourself to be able to measure and understand your mental health. Dr Sherry Walling from @zenfounder on WPE podcast

Zen Founder is a blanket name for the things that they do. They have the podcast series as well as her consulting work where Sherry helps entrepreneurs who are in transitions, crises and need an objective helper. She also plans retreats for organisations so that they can run a meaningful retreat.

Zen Tribes is like mental health boot camp where she partners with other founders to help small groups of entrepreneurs. They meet for 8 weeks and talk about taking care of your body and have conversations which are targeted towards the unique challenges that founders face.

Sherry and Rob released their book “The Entrepreneurs Guide to Keeping Your S**t Together” on February 21st, 2018. This awesome title was actually their 11-year old’s idea. It’s a book based on the best of what they have learned from their podcasts over the last few years. It’s action-packed with some shared personal stories and practical and implementable strategies that people can use.

Sherry wrote most of the book and Rob did most of the editing and revisions. She wishes that she could say it was an easy process but it took about a year and ended up being a difficult year for her personally. It required a lot of her but she was glad of the routine of writing as it provided structure and accomplishment amidst a lot of things that she couldn’t control.

How Sherry Looks After Her Mental Health

Sherry has her own therapist and she also has great friends. She also says that her yoga teacher is her mental health guru and it has been a really important practice for her to integrate body, mind and soul and be able to breathe and let go. Because this practice has helped her so much she also combines yoga and therapy to help people work through stress and anxiety.

We love these simple and important tips from Sherry. Is there anything that has helped you to get through stressful times? Let us know in the comments below. It’s important to make sure we all don’t feel alone on this journey so please reach out. We’d love to hear your thoughts on this podcast too!