AdWords and Remarketing with Mike Rhodes 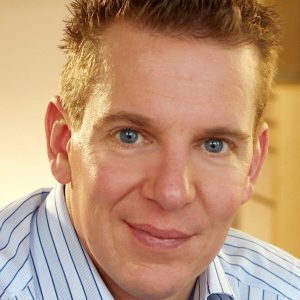 Have you ever noticed the same ad popping up on different sites while you’re surfing the web? That’s a form of retargeting, and it can be highly lucrative when done properly.

An expert on that subject and all things pay-per-click (PPC) is Mike Rhodes. Mike is a PPC and AdWords specialist and the founder of Web Savvy, a done-for-you digital marketing services agency. He joins us to talk about the three steps to properly using Google’s display network and more on today’s edition of WP Elevation!

[And remember to download Mike’s free checklist at the end of the show notes!]

Mike Rhodes has been in the PPC and AdWords space since 2004 and has grown from a one-man shop to a team over a dozen people. He credits that team and the culture they’ve created to the tremendous growth they’ve seen over the last decade.

One of the things they’ve learned to do so well is using Google’s display network. I asked Mike to share his insights on using that network with a lead gen system that is working. He said there are two parts to Google: the search network (ads at the top and bottom) and then the display network. Only about 2% of advertisers are using the display network on purpose because it’s harder to use.

Mike likens it to a game of chess, using a quote by Perry Marshall:

He says there are many more moves with the display network, but with that flexibility comes power and the ability to scale.

So if you are going to use the display network, Mike has three steps you must take to ensure success. First, you need to measure. You must understand what you’re going to measure and what success looks like. While you’ll often hear others tell you to measure your results, Mike says you can’t leave that till last, or you will be flying blind.

Instead, think about what you’re going to measure first and set that up, then you can build and run from there. You’ve got to start with the end in mind. In fact, you’ll get a lot more data by doing so which means you can move faster and spend less money to snag a good result.

Your next step is targeting. This is assuming you have an offer, and you have a website of course. Once those pieces are in place, you must think about targeting and how you’re going to do it.

The only marketing expert is your customer. @TheGoogleGuy Mike Rhodes on the WPE Podcast

Most people think that with the display network they can put ads on certain sites. For example, if you want to get people who are interested in sports you can put your ad on ESPN’s website. While that’s true, it’s just an iota of the display network game and what is really possible!

There are many other ways to target traffic, and the one most of us know about it is remarketing. Remarketing has been around for six years, and Mike and his team have been using it for 5 and a half years.

The form of remarketing most of us recognize is this one: someone comes to a website that uses cookies, those cookies follow the person around the web and put ads in front of the person on various sites.

However, there are other types that don’t involve someone having to visit your website first. Mike gives a few of those examples on this show, including retargeting based on people who visit your competitors’ sites! His biggest caution with remarketing is to be sure you don’t overstep the creepy line, as long as you do that this technique can be very profitable.

The final step is your message and testing it through ads. You can have the same landing page but understand which ad attracts people to your web site. Mike shares exactly what size works best for them, and he also explains why you should test different ideas and ad concepts – but you should avoid animation.

He gives greater detail on that final step including how to make sure your messaging stays consistent once you know what ad works best. Also on this episode, Mike and I talk about why carefully screening incoming prospects and only working with select people has helped his agency grow and produce even better results.

You’ll hear his thoughts on that and so much more on this episode of the WP Elevation Podcast!