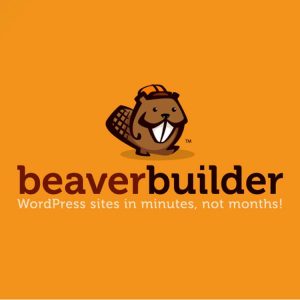 In this podcast, Troy talks to the developers of Beaver Builder- Robby McCullough, Billy Young and Justin Busa. This is a fun interview with the three guys, discussing the ups and downs of creating a successful business that came about simply from a need to “scratch their own itch”!

The Guys Behind Beaver Builder

Justin and Billy co-founded FastLine Media together which is a web development company. Robby came on board by applying for a job with them on Craigslist when, at the time, he was working in customer service.

All three have strengths in development, and typically serve clients from start to finish. Each partner has their specialisations- Billy serves as operations manager, Justin will work on development and Robby focuses on design.

Robby explains that a lot of their clients wanted websites that would be easy to edit by themselves which really was their inspiration to create a page builder tool. They explained that on the agency side of their work, a lot of time is wasted emailing back and forth with clients about small changes and edits.

Justin started developing their own tool to solve these problems they were having. He says that it started off as a backend page builder, then they decided they wanted it on the front end. So it was basically one of those ‘scratch your own itch’ cases.

The three then decided they would try to sell the product, so they launched it as the FastLine Media Page Builder.

It was brave putting the product on the market because there was a stigma amongst developers that was attached to Page builders. But they decided that they were confident that they were solving a lot of problems that other page builders hadn’t.
Once the results were being seen, they were able to overcome this stigma.

Some of the distinctions that lead to their success were:

We’re selling tools to developers that are building websites for other people… there’s a lot less competition in that space. - @beaverbuilder

The guys talk about how they were all pretty clueless when it came to marketing at the beginning, but some of their key marketing strategies were:

The team reached out to the WordPress community and provided evaluation copies for writers to review.

One of the influencers that they reached out to was Chris Lema and they got lucky because Chris wrote an article about the best page builders out there and Beaver Builder was one of his clear favourites. They then contacted him to receive a testimonial.

Other testimonials on the site were obtained organically through twitter, email and support forums. They kept it simple and just added these testimonials to a Google doc to keep track of them.

One of the things the guys from BeaverBuilder want to improve on is their ability to keep up with analytics and metric tracking. Currently, the team has only been tracking traffic numbers and orders.

Robby says he’s learning from KISSMetrics about how to follow the metrics to see how they’re converting traffic to purchase. Growing in their ability to track conversions, the team is using Google Analytics to track sources of traffic to conversions.