The Future of SEO with Stephan Spencer 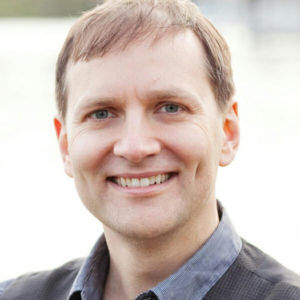 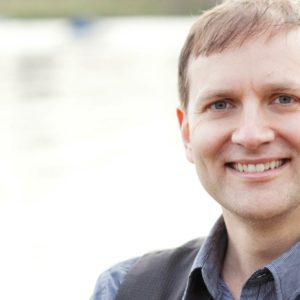 With technology changing so fast these days, what is the future of SEO?

In this week’s podcast, Troy talks to Stephan Spencer, one of the original authors of the book The Art of SEO, about SEO, writing books, being on television and the possibility that robots are going to replace all of us! Tonnes of gold in this episode so stay tuned.

Writing “The Art of SEO”

Stephan is best known for the Bible on SEO “The Art of SEO”  which is currently in its third edition. The book came about because he was sharing his knowledge at the conference “SMX Advance”. He believes that what you put out into the universe you get back so he gave away some of his best tips. Everyone in the SEO industry was there including Rand Fishkin (the founder of Moz) and three weeks later Rand approached Stephan in the speaker room and gave him a hug! They had a great conversation and decided to write a book together.

He had never written a book before, but there were four co-authors for the first and second edition. Having four authors was tricky because the voice needed to be consistent so they hired a ghost editor to ensure that it was written all in the same style.

Stephan was studying for a PhD in chemistry but had always had an interest in programming and creating websites. In 1994 when web development was taking off, he attended the second international Word Wide Web Conference where he met one of the creators of Netscape and NCSA web server, Rob McCool. Tim Berners-Lee was the keynote speaker. Stephan was starstruck and knew he had to get into development. So he dropped out of his PhD and started an agency called Netconcepts and they started specialising in SEO.

Hot tip: Get a blue chip client, even if you have to buy that client.

This was when he was able to get his big break. They had a lot of clients from a web development point of view but no large SEO clients. He wanted a huge eCommerce client that was also a household name. So they went after Target. They offered to do a website and SEO audit for free in exchange for a testimonial. That was a game changer for them because this testimonial was a huge credibility builder.

It cost them a lot in resources but it was well worth it.

Tune in around the 11-minute mark to find out how he as able to make millions from click revenue and what he did after he sold that business.

Get a blue chip client, even if you need to buy that client @sspencer on WPE podcast

Always Look After Your Personal Brand

Now Stephan focuses more on his personal brand. If you keep putting it off because you have no time, that is a bad idea. It is the brand you will carry with you to the grave. So he wrote a book “Social eCommerce.” It is his own book and doesn’t pigeon hole him into being “that SEO guy”.

He recommends that you have at least two distinct areas. “Don’t be a one-trick pony.” For example, you may work with WordPress but then also love playing an instrument. How can you combine these two things? Get creative! If you have two dimensions and find a niche, it will prevent being “replaced by the robots”.

Listen in around the 19-minute mark where Troy and Stephan agree to disagree on what will happen as robots will take over human roles. Stephan also gives us a look at how technology has evolved over the last 100 years and how it will continue to speed up until computers will be smarter than us. They discuss things that will blow your mind including Moore’s Law.

Keeping this in mind, you need to think about what is going to happen in your industry two years and then 10 years down the track. Think about how will it impact you and what you need to do to be ahead of the curve.

Your client needs to rely on you to be proactive and pre-emptive. Make sure that the client relies on you to know the latest technology, never allow them to come to you and ask about a new advance in technology.

Think about the bigger picture and more into the future and that will help shape your business. If you’re doing something that’s a commodity and doesn’t have a future then get out now.

Where Will SEO Be in Five Years Time?

If you are the kind of SEO consultant who is doing the basic stuff such as figuring out which keywords are better than others, remember that these things have a shelf life. If that’s all you do you, you will be left behind. The same goes if you are doing low-level WordPress development, then you will also be replaced by a robot soon enough.

What Do You Jump into If You Are Working at a Low Level of SEO or WordPress?

If you’re doing SEO, then you need to look at the cutting edge part of SEO such as RankBrain and really understanding this Google algorithm that’s all about machine learning. Everything will be running off of Artificial Intelligence at Google in only a matter of time. So in order to go into battle with AI then you need to be an expert in AI.

How Do You Start the Conversation About Selling SEO Packages to Clients?

It is something that clients don’t understand and it is a difficult conversation to have. So Stephan’s advice is to “stop educating the client and start poking at their pain point”.

You say to the client, “Here’s where you are at now, and here is where you would like to be.” So make it painful and obvious about how far they are from that point. You will make their brains hurt if you tell them about all of the options that you have for SEO so instead make them see that there is a problem and ask – “What is it worth to you to be there? What do you think that should cost you on a monthly or yearly basis?”

Then you need to show the client results, so track the rankings using a rankings tracker such as Rank Ranger or Authority Lab. Show them how far they are coming along and don’t get too caught up in the fine details of explaining what you did. Stephan recommends charging by results rather than by the hour because you have the value that exceeds an hourly rate.

Get a blue chip client, even if you need to buy that client. @sspencer on WPE podcast

Stephan is more than his work as well. He was a foster child and he sees his difficult childhood as a gift. He now has three beautiful daughters and he wouldn’t have them if he didn’t have the childhood he had. He had to grow up fast and got married when he was 19. He attributes his happy life and success now to how he got through his childhood with resilience and strength.

He used his story to be able to help other foster children and bring awareness to the topic and let people know how they can help. He also helps with a non-profit that builds schools in Africa. He says that by doing these things you are also still building your personal brand.

Facts tell and stories sell @sspencer on the WPE Podcast

“Facts tell and stories sell”.  Stephan says it is so important that people relate to you. They need to know that you understand them. So don’t be afraid to be real and be vulnerable.

And that’s a wrap! Troy and Stephan covered some super interesting topics here and even more if you listen in.

That’s the final podcast in this season. We hope you’ve enjoyed and learned from the high calibre of talent we’ve had on the show over the last 10 weeks.

Stay tuned, we’ll be back in January with a new and improved podcast format. You’re going to love it!

I am the CEO of Agency Mavericks. The reason I get out of bed every day is because I love helping people to grow their web design or digital marketing businesses. I do this through coaching, creating courses, speaking, consulting and heading up our awesome community.
[rp4wp limit=4]