The Keys to Goal Setting 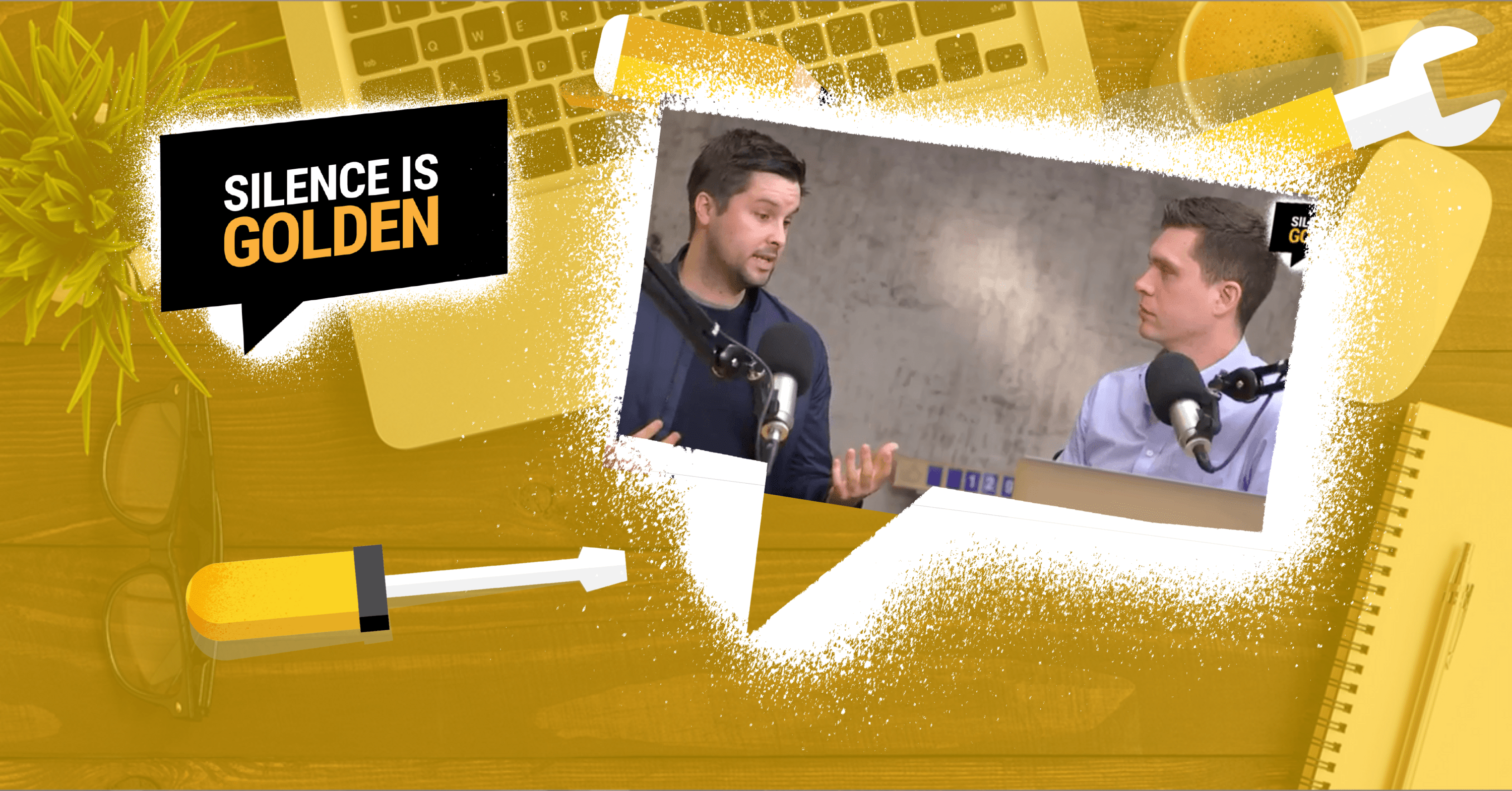 Welcome to another episode of Silence is Golden where we share invaluable tips for your WordPress business.

Today we have a special guest appearance from Adam Jelic to talk about productivity and goal setting. There is so much gold in this episode! We also bring you the latest news including three of the biggest tech companies agreeing that you no longer need a university degree to work there, Oakley Capital acquires cPanel and more. Don't miss this one!

Listen in at the 1.43-minute mark for the latest news.

Three of the biggest tech companies (Google, Apple, & IBM) have agreed that you no longer need to have a university degree in order to work there. Which is great because really, once you leave uni your tech skills are pretty much redundant due to the fast pace of the industry. Read the full article here.

Facebook is all about bringing people together. So they have put a few of their different projects under the one brand now called “Connectivity”.  Together with hundreds of partners across dozens of countries, Facebook is working to help overcome the global internet connectivity challenges of accessibility, affordability, and awareness.

Simon tells us that he visited the Facebook head office on his recent trip to the States. He walked past a huge mural for their Aquila project- which is a solar powered, unmanned aircraft that brings internet to parts of the world that don't have internet using lasers to provide fibre optic speeds. Amazing stuff!

cPanel has announced that it has signed an agreement to be acquired by Oakley Capital – a private equity investor – who also acquired Plesk in May of 2017. Simon points out that this means that Oakley now owns around 95% of the server management software market which is not great for competition.

What Made the Wee Come Out?

At the 9.25 minute mark, Troy tells us that he has been trying to figure out a way to map out WPE's sales funnel. The funnel is a bit complicated so Troy actually used print outs and post-it notes to create the great wall of marketing. Obviously, this isn’t the greatest way to communicate this with the rest of the team so he then transferred it over to a tool called Funnelytics. This tool allows you to drag and drop icons and assets around on the screen to map out your funnel. Then the pro version allows you to put their java script on all of those different pages and measure the performance of that funnel. 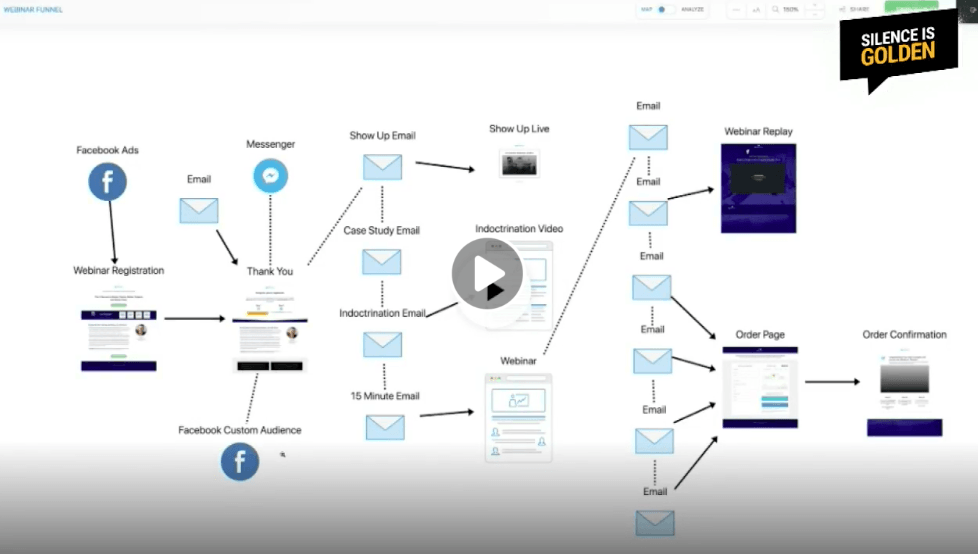 By doing this it allows you to see where the low hanging fruit is and how to improve the customer experience.

Something else that makes the wee come out for a lot of people is Maverick's Mastermind. So at the 13.50 minute mark, we cut to a testimonial from one of our members, Cat Townsend, at the Maverick’s Mastermind in San Diego. It's amazing to see how much value our Mavericks get. You can even feel the high they are on!

At the 16.50 minute mark, Adam Jelic from MiGoals joins the show to help us with goal setting.

Adam wanted to be a professional athlete when he was young and was always setting goals. He read the book by the late Jim Stynes called “The Hero's Journey” which reshaped the way he thought. He realised that when you have a clear path of what you need to do to get to your goal it makes the journey a lot easier and the goal more attainable.

Although he didn’t become a professional athlete, he continued setting goals for most things in his life such as buying a house. However, it wasn’t until 2008 that he had the idea to create stationery tools to help people stay focussed and achieve their goals.

The lightbulb moment was when he was in a class where they were asked to write down their goals on a piece of paper. He was a little tired of writing his goals on a scrappy piece of paper because it would always get lost. So he had the idea to create stationary tools that help people get what they want and assist them with executing it.

Adam's first planner was created in 2010 and now his range of goal setting stationery is sold in 400 stores worldwide. There are a lot of planners out there that can get complicated and busy but Adam's aim was to keep it simple and easy for people to use.

Adam says that you first need to get clear on the “what, why, when and how”

This makes the impossible dream seem possible because you can then break it down into small steps. Once you start ticking things off your list, you build momentum because you can see the end is in reach.

Have a long-term vision with a short-term focus. Goal setting with Adam Jelic on WPE podcast

Adam has a long-term vision of where he wants to take his business. Then he brings it back to the day to day goals that are leading him to that place.

What we tend to do is get caught up in the to-do list and everyday tasks to be able to control the day and survive. But what are the progress tasks? Pick a task once a day that will help you progress towards your goals. Be consistent with it, think outside the box and get outside your comfort zone. Do the things that make you nervous- such as being a guest on a podcast, live streaming etc. These things build your confidence and the belief in yourself.

He tells people that when he started this journey, his belief was “Imagine if I could get this product into one bookstore”. He achieved that and then his vision kept getting bigger and bigger the more his business grew.

Simon makes a good point here. By using the words “imagine if I could…” it makes it seems like an exciting thing rather than something scary and unattainable.

How Do You Recover from Not Reaching Your Goals?

Adam says that you have to be ok with the fact there are some things that you're good at and maybe some other areas aren't your strength. But you learn, progress and move on. We all might fail, but as long as you’re giving it a go, you won’t have to live with the regret that you never tried to do what you love. You may even look back at some stage and realise how far you’ve actually come even when you think you have failed.

Simon talks about the weighted question: “what do you want to do with your life?’ You don’t necessarily need to know though. What you can do is think about what would make your life that little bit better right now and move towards that.

You also need time to reflect on what you’ve done well and where you can improve. His products give reminders to pause and do this.

At the 32.58 minute mark, we help one of our members, Trish, with her question:

What are the alternatives to SMART goals? What role does creating habits have in reaching goals?

There’s an exercise you can do called the “Three Why's” which allows you to get deeper into why you want to achieve the goal.

For example. If you have the goal to lose weight then you might just think the reason is to look healthier. But when you dig deeper it might be because you want to have more energy to spend time with the kids or because you want to feel good about yourself. Then we aim for the feeling rather than the goal.

Adam finishes up by telling us that there are no set rules – it's just a matter of gaining self-awareness and knowing how you want to feel.

Tool of the Week

Obviously, our tool of the week is MiGoals. Check out some of the cool products on the MiGoals website and let us know how you go with your goal setting in the comments below! Simon uses the Goal Digger Planner himself and loves it.

Adam has kindly offered Agency Mavericks listeners a 30% discount on their products by using the discount code – WP30 – upon checkout.

So that's it for this week. If you haven't already, make sure you are signed up to the WP Wednesday to stay up to date with all the latest news and tech in the WordPress space. 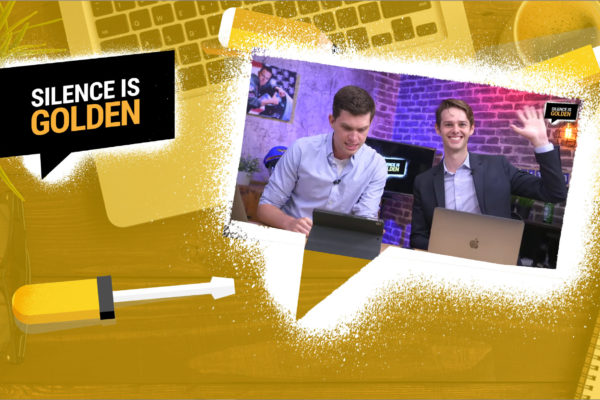 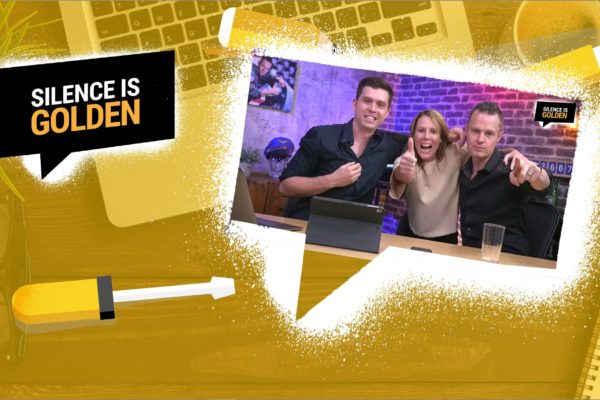