Entrepreneur Adam Jelic and The Power of a Paper Planner 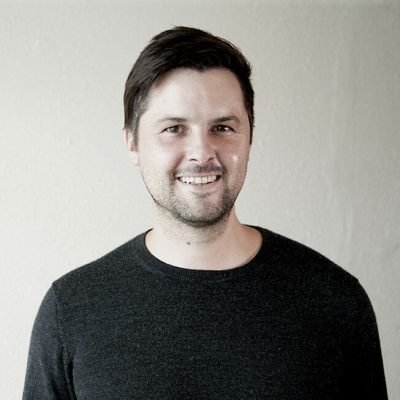 In a world with more distractions than ever before, people are flocking to productivity apps and organisation tools to try to keep themselves on-task from day to day. With messages, articles, ads and notifications competing for our attention every minute, it’s no surprise that we’re jumping at the promise of a high-tech solution to help us manage our priorities.

However, is getting your life together really a matter of finding the right app to do it for you? Today’s guest doesn’t think so.

In this episode, Troy talks to Adam Jelic, the founder of MiGoals about his experience with finding success with his line of artfully-designed goal-setting stationery.

Originally from Melbourne, Adam Jelic founded goal-centric stationery company MiGoals in 2010 out of his garage – in true entrepreneurial fashion.

It’s a bit ironic that becoming a professional planner wasn’t what he originally set out to do. First, Adam took some graphic design classes, had his try at professional soccer, enrolled in and promptly dropped out of university and worked a series of odd jobs.

It wasn’t until after he got married, started building a house from scratch, and found out he and his wife were expecting their first child that he landed on his golden idea.

You could say he’s a man who thrives under pressure. Not content with the “safe” life plan his parents had set out for him—school, more school, and lifelong job security—Adam got comfortable with being uncomfortable from an early age, and decided that taking a few creative risks was well worth it.

The Art of Ambition

Growing up, Adam was surrounded by people who shied away from big, bold ambitions. He was raised with a strong awareness of barriers—namely, that you needed to start with money and connections, and if you didn’t have those, you’d be better off playing it safe.

Adam wasn’t buying it. He set out to prove to his family and friends that it was possible for him to do bigger and better things—all he needed was a plan.

“People would say, ‘Stop dreaming! You’re a dreamer—get back to reality.’ I was always battling the people around me to say it was possible to do something.”/i>

This determination was what got him fixated on goal-setting as a process, and he drew further inspiration from sources like Steve Jobs and Jim Stynes to help cement his ambition.

Do You Need More RAM?

So what makes Adam’s MiGoals stationery such a big deal? Mostly, the philosophy behind it. MiGoals planners aren’t just a place to write down your to-do list—it’s a personal coach on paper. Built into each diary is a space for setting your goals, and then taking time to revisit them every single month. By building regular check-ins into the system, Adam has designed the planners to be a far cry from the classic set-it-and-forget-it New Year’s resolutions we’re all too familiar with.

He uses the acronym RAM—reflect, acknowledge, move. A lack of reflection, he says, is a big part of why so many people let their ambitions get away from them. If you aren’t revisiting your goals, checking in on your progress and planning your next moves, it can be easy to get off-track. MiGoals builds the RAM check-in right into its day planner, to help users get into the habit of goal assessment.

“Life takes over, there’s too much noise, we get distracted. And I think what it is is that we’re overstimulated. Something new pops up all the time. We’re looking for a quick fix, and we don’t realise that it takes a lot of work and a lot of willpower.”

How to Troubleshoot Your Goals

Adam also gives Troy some advice on getting better at sticking with planning tools. It can be tough for anyone to stay focused and motivated enough to keep up with a daily planner, but Adam stresses that it’s all about building momentum.

Adam says not to worry too much about not getting everything done on your to-do list. Instead, really take the time to prioritise. Figure out what would be nice to get done, but pare it down to which tasks each week are crucial to advancing toward your goals, and go from there. He also says it’s key to block out some dedicated time every week to do your planning, instead of trying to cram it in at random times when you’re busy and distracted.

So, what kind of goals does a professional goal-setter have? MiGoals’ products are currently available in Australia, New Zealand, Europe and the US, and Adam hopes to expand into Asian markets soon as well. Long-term, he’s still uncertain about venturing into more high-tech solutions, but he is interested in expanding into tools for children, as well as the health and fitness area.  On an even grander scale, he shares his ideas for a MiGoals concept store –  a one-stop life organisation shop.