Changing Your Mindset and Achieving Greatness with Nick Cownie 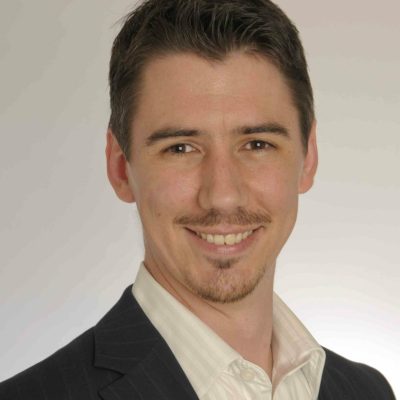 Neuro-Linguistic Programming, or NLP, is one of the many psychological coaching tools out there that some people completely swear by, while others think it’s just another pop-psychology fad.

Our guest Nick Cownie of Success Dynamics Institute is armed with a clinical background and has made a name for himself by distilling a lot of overwrought NLP techniques down to just their most essential components, and he’s here to tell us how to use these techniques to succeed in business.

Nick Cownie is a sales psychology consultant, NLP consultant and practitioner based out of Wagga Wagga, Australia. Originally trained in traditional Chinese medicine after his health sciences degree, he worked in a clinical setting for fifteen years before moving into NLP. He and his wife were early adopters of the training and coaching methods that are standard today, and moved their mindset training services online back when that was unheard of in the field.

In a landscape pretty crowded with various modalities to help us with our mental health,  what’s the big deal about NLP and mindset training?

Nick says that NLP is just so well-equipped to tackle the major problems that he sees over and over again for people going into business for themselves:

Nick says NLP absolutely has a bad reputation with some—and in a lot of cases, it’s totally deserved. A lot of techniques and materials practitioners sell are heavily padded with unnecessary fluff, and there are entire niches of NLP dedicated to using it for manipulative sales, or even manipulation in your personal life.

That said, while his methods pull from a lot of classic NLP frameworks, he shies away from using a lot of their terminology, preferring to stick with the established psychological terms for the same things. While some of the wording around mindset training and mindfulness can get very hokey very quickly, Nick emphasises that NLP terms like “anchoring” are really just psychologically-standard tools like state elicitation and associative conditioning. They’re about training your brain to stop getting stuck responding to negative stimuli, and start being able to access positive states in a predictable way.

The trick to fixing your mindset, Nick says, is essentially to get out of your own way.

That means identifying the person you are right now, with all your pros and cons—that’s You, Version One. You have a lot of obstacles in your way—maybe fear of failure, impostor syndrome, lack of discipline—that are stopping you from succeeding.

You, Version Two, is the person who is able to succeed because they aren’t held back. You need to identify what the differences are between Versions One and Two of yourself and take action to clear the obstacles and gain the skills you need to bridge that gap.

Obviously, it’s easier said than done—but Nick shares one of his tools with us for getting past your fears. Tune in to learn how to use emotional states and conditioning to instantly access the most confident version of yourself!

Communicating effectively with others is a big part of NLP—and while the basic techniques can be used in a manipulative way, Nick stresses that won’t do you any good, in sales or in life.

Effective, influential communication using NLP tactics can get your genuine message across to clients in a way that’s most likely to reach them.

You can do that and still be authentic without manipulating anyone, and do it in a way that’s more likely to have them convert if they are the right client.

He also says that manipulation tactics are really a way of influencing the wrong people—which always comes back to bite you in the end.

You get a bunch of refunds, a bunch of bad reviews—it doesn’t really work anyway.

Nick shares one of his tools with us for learning to influence others in a genuine way—it’s easy to apply in sales settings, and it’s easy to remember, too. He uses this simple four-step acronym:

Nick pulled a lot of useful knowledge from his time working in Chinese medicine, including a foundational concept called bian-zheng, the process of recognising patterns in diagnosis. He uses it as a guidepost for recognising patterns in his own work and has found it helps him find approaches that work across different contexts and industries.

How To Get Started

NLP and mindset training are skills, Nick says, just like anything else. There’s no overnight solution, and every tool in the system takes time to be fully effective. He stresses to Troy that every time you show up to work on your skills, even a little, you’re improving. But take the pressure off yourself to be a master overnight. Let your incremental progress add up like compound interest, and it will!

Nick is also leaving WP Elevation listeners with some freebies—click here to access The Self-Sabotage Solution, which includes an infographic, a voice-guided walk-through of the mindset technique mentioned earlier, and a two-hour training video running through mindset training tools.

What does pulling twice on both your earlobes have to do with your professional success? A lot, actually. Nick Cownie tells us why!