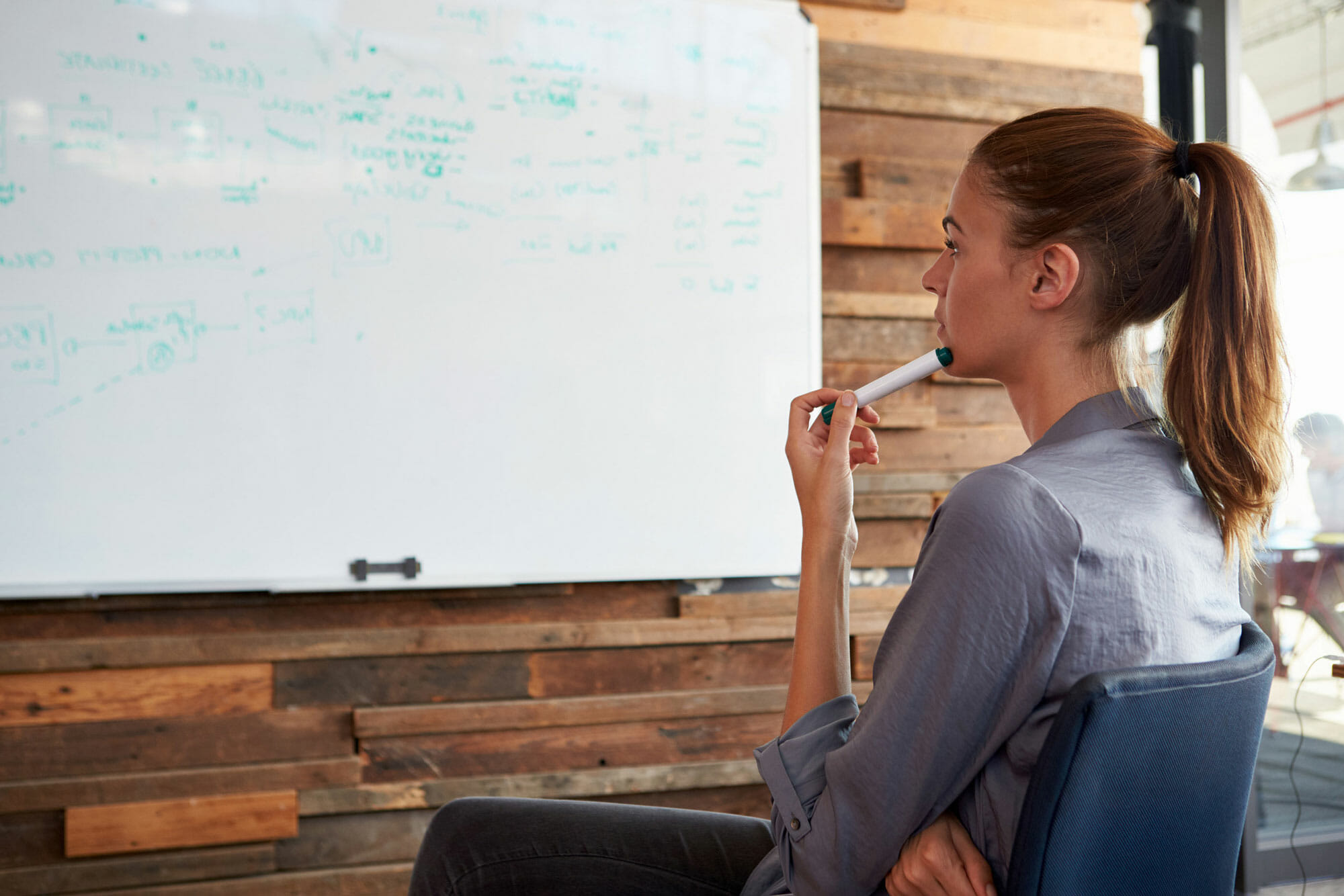 I'm just going to say it…

You've probably heard that creating content is the best way to get organic leads right? So you might be trying your hand at one or more of the following:

So now I want you to ask yourself:

The thing is, if your content efforts aren't moving the needle then it's time to get a solid content strategy in place.

When you have an effective content strategy in place, it is a pretty powerful position to be in because:

But posting content for the sake of posting isn’t a “strategy,” let alone one that will consistently and reliably drive results for your business… it can actually be rather damaging.

4 Tips to Help You Build a Winning Content Strategy

Your posts might be providing high-value educational content… BUT without strategically guiding your audience down a pathway towards an ultimate conversion, you could be priming your audience for another, more strategic competitor to cash in on sales that could’ve belonged to you.

OK, but don't panic… Today, I’m going to share 4 tips that will help you create a kickass content strategy for your business.

1. Take Your Audience On a Journey

In a recent episode of the WP Elevation podcast, content marketer and strategist Dana Malstaff explained what the difference is between content marketing and content strategy. Essentially, it boils down to this: Content Marketing: The act of creating, publishing and promoting content on behalf of a brand. Content Strategy: The act of taking consumers on a journey from brand awareness to conversion, solely with content. So, while you can certainly have content marketing without a strategy, don’t expect much of an ROI from it. It’s only when you combine the two that you’ll see real results from your efforts. So let's dive into the journey.

I recently teamed up with the content queen herself, Dana Malstaff, to create a course called the Content Strategy Blueprint. In this course, Dana explains that there is a journey that the customer needs to go on in order to get them to convert.

It's a little like dating. You wouldn't ask someone on a date without first introducing yourself. And if do go on the date, there's still a journey you need to go on before you're in a relationship!

So here are the four different campaigns needed to take your customer on the journey:

In this campaign, you need to create content that acknowledges your user’s problem.

We want the person to feel like we totally understand them and their problem which thereby builds trust.

But often people are completely unaware that they even have a problem. They get stuck in their outdated or less efficient way of doing things and often don't even have the time to even see if there is a better alternative. In this case, we need to create the awareness that:

If you can get them to see things in a new light then all of a sudden you become somebody they trust.

OK, so we have their trust and they know we understand them. But this is also the stage where they could go and Google what your competitors are offering if you don't position yourself as THE authority.

So the Authority Campaign is where you create content that demonstrates your knowledge and authority in your space. In doing so, you build further trust with people who realise the problem is a priority that needs to be dealt with and you’re the only one who can help.

You may have noticed that we are launching a Facebook Ads Course with Kim Barrett in December. So we started the authority campaign a couple of weeks ago.

First, we needed to introduce Kim to our audience and create an awareness of who he is. We did this by interviewing him on our podcast.

Next, we want to build his authority, which we are doing by posting an in-depth blog written by him. Proving that he knows what he's talking about and is, therefore, an expert on Facebook Ads. We have also created an authority campaign within our Facebook Group by posting videos and tips about Kim's proven method for running Facebook Ads.

Authority is also about you having your own intellectual property, ideas, concepts, quotes, thoughts and personality that people latch on to. So in Kim's case, he has a method for running Ads which he calls the NOC method. This is his intellectual property and the thing that he is known for.

So have a think about what your sweet spot is. What your strong opinions on things are. What you want to be known for and how you want someone to feel when they interact with your brand.

Once you have this clear you'll need to think about ways to build your authority. Here are some ideas:

In this campaign, you’re going to move away from telling people about their problem and into asking them about it. You want to create content that engages.

If a social media post gets enough engagement, especially in a Facebook group, then the algorithm will pick up that this is a trending topic and show that post first to everybody. This also primes the algorithm for future posts.

Ways to get your audience to engage include:

If the post isn't getting engagement, then tweak it. If it still doesn't engage, then take it down and try another approach. Keep testing your audience to find out what gets them interacting.

The last campaign, of course, is where they convert and here's a thing for everyone to remember…

Most people are bad at sales or dislike doing it because it makes them uncomfortable.

But because you've primed your audience and taken them on this journey, it makes this step a whole lot easier.

At the conversion stage, you want to be able to handle any remaining objections that they have and often this can be done with social proof. Gather as many testimonials as you can and create a killer sales page that will answer any of their concerns.

2. Play to Your Strengths

While the concept of content strategy is objective (i.e. take a lead from awareness to conversion), the way it plays out for each of you is entirely subjective.

The first piece of content Dana created was a book. Why? Because she knew it would be more effective if she played to her strengths as a writer rather than spend countless hours filming and editing videos, for instance.

Rather than try to mimic what some content marketer or digital influencer has done, chart your own path.

Just make sure you choose content formats and marketing channels that make sense for both you and your audience.

You can narrow this down by asking yourself:

Really think this through before you begin shaping your content strategy or investing any time in your content marketing.

3. Focus on Quality over Quantity

It’s a common mistake to think that creating more content and more kinds of content are the best way to get results. You’re not on a mission to make the world discover who you are. So, there’s no reason to create blog posts and infographics and podcast episodes and white papers and newsletters and so on. That adds up to nothing more than wasted effort. Your goal is to attract better clients to your business, right? So why not conserve your energy and only invest it in creating content when you have something worthwhile to share?

If you can create one really strong piece of content — by that I mean something that’s useful and actionable for your users — you won’t have to spend your time throwing a bunch of different content out there to see which ones “stick”.

And if you’re unsure of what kind of content to start with, spend some time listening to your audience.

If you can’t pick up on any common threads, put some feelers out there and ask for suggestions. If there’s something super pressing they need help with, they won’t be shy about asking for help.

4. Use Paid Marketing to Amplify Your Impact… Later

You might be wondering why you can’t just run a bunch of ads and circumvent all of this work. But paid marketing — like Facebook advertising — is useless without content marketing or a strategy behind it. That said, once you’ve laid down the right foundation, paid marketing will help you amplify your impact and reach.

Are the wheels starting to turn? Good! The goal here is to get you thinking about content marketing beyond the individual pieces of content you push out to your audience.

Of course, the points above are just the tip of the iceberg. There’s much more that needs to be done now.

If you want help creating a content strategy for your business, sign up for the Content Strategy Blueprint. Not only will you get step-by-step guidance on how to build a killer content strategy, but you’ll also get the support of the WP Elevation community as you do so.