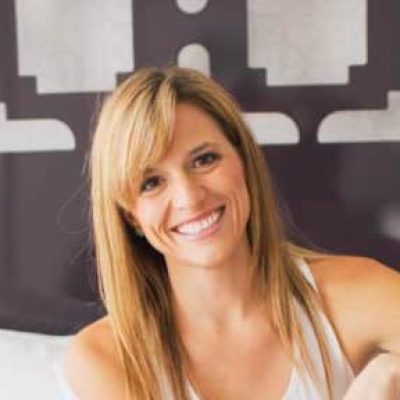 If you attended WP Elevation’s live event in Santa Monica earlier this year, you’ll recognise Dana Malstaff as one of the guest speakers. She’s the CEO and founder of Boss Mom and a content strategist extraordinaire. In this episode of the podcast, she and Troy talk about the value of having a kickass content strategy and how to go about formulating one for your business.

(Oh, and they also tease a course they’re about to release together, so be sure to hit the link at the bottom of this post to enrol!)

Today, Dana is the brains behind the very successful Boss Mom brand, but it wasn’t always roses.

When Dana quit her job to start her own business, she simultaneously learned that she was pregnant. She found herself feeling alone and isolated as there was no one around her who understood what it was like to blaze a path towards entrepreneurship and motherhood.

It was this lack of community that ultimately drove her to write Boss Mom: The Ultimate Guide to Raising a Business & Nurturing Your Family Like a Pro.

These days, the Boss Mom brand has gone far beyond that first book. It now includes:

“I got a degree I never realised I would use and I got this corporate experience I didn’t realise would be so vital.”

Dana now uses those years of experience to teach female entrepreneurs how to grow their businesses the same way she did her own.

You know how important it is to play to your strengths in business. The same applies when choosing which platform to share your story through.

With experience in video editing, she could’ve launched the Boss Mom brand using YouTube. But, as she explains in the podcast, it would’ve taken too long.

Writing, on the other hand, was something she was always skilful at. She comes from a long line of artists and writers and even majored in broadcast journalism. So, it’s not surprising to learn that it only took 30 days for her to write that first book.

How Dana Used Her Community to Create Great Content (9:00)

What’s interesting about the first Boss Mom book is this:

Marketing the book and building a band of loyalists took place before the book was ever finished. And, yes, we’re still talking about Dana’s first book.

Now, this isn’t usually what we think of when we think of marketing, but it accomplished the same thing. She engaged her audience early on, got them acquainted with the brand and invited them to take part, so they’d be more invested in it later on.

Speaking about leveraging content, Dana debunks the common myths about it:

For starters, it’s not important how much content you create or how many places it appears:

“Unless you have a massive audience, putting it everywhere dilutes your ability to promote one thing.”

Dana suggests, instead, that you create content that’s useful. And how do you do this? Well, you listen to what people are saying, so you can make sure to create the right kind of content.

Another thing she urges business owners to be careful about is throwing tons of money at ad spend in the attempt to become #1.

Really, this boils down to understanding where you are and what you want to do. If you’re not clear on that, you can’t use content organically to chart a course to where you want to go.

Living a life of success to me isn’t that I’m a billionaire or isn’t that I get to do whatever I want. It’s that I actually enjoy the things I do and don’t feel as though they’re being done to me. Click To Tweet

Content strategy is something that’s often misunderstood, which is why Dana’s breakdown of what it is and how it works is something every business owner needs to bookmark.

First, she defines it:

Content Strategy: How you take somebody from finding out you exist to getting them to take the action you want them to.

The key to doing this well is to be conscious of why you’re doing it in the first place and what sort of journey you’re going to take your users on. Dana uses four campaigns to make sure this happens:

In this campaign, you create content that acknowledges your user’s problem. As you build their own awareness of the problem and what’s really going on, you make them aware of you.

In this campaign, you create content that demonstrates your knowledge and authority in your space. In doing so, you build trust with people who realise the problem is a priority that needs to be dealt with and you’re the only one who can help.

In this campaign, you’re going to move away from telling people about their problem and into asking them about it. By engaging with them early and often, you get them focused on it so that they’re just waiting for the final step…

The last campaign, of course, is where they convert. But it’s not just as simple as creating a landing page to drive traffic to. This is your chance to handle any remaining objections they have with social proof.

At the end, they should have no reason to say “no” to your offer.

A Note About Finding Your Platform

You’re also going to have to think more deeply about how you distribute content on your chosen platforms. For example, let’s say you publish a tutorial to YouTube. When you repurpose and promote it on your blog, it wouldn’t make much sense to embed the video and say, “Here it is!” Blog readers derive value from content differently than YouTube viewers.

“I’d rather people produce less content and move it around in the right way.”

It’s important to note that the content strategy Dana describes in this episode isn’t one that takes place overnight. It takes months to trickle these campaigns out to leads. But what’s nice about it is that you don’t have to do cold calling or drive yourself crazy trying to get new clients. The content will do it for you.

Dana and Troy have collaborated on a new course called the Content Strategy Blueprint. If you want to master the four-campaign approach to content strategy, sign up here:

You can reach out and connect with Dana Malstaff through the Boss-Moms Facebook group.