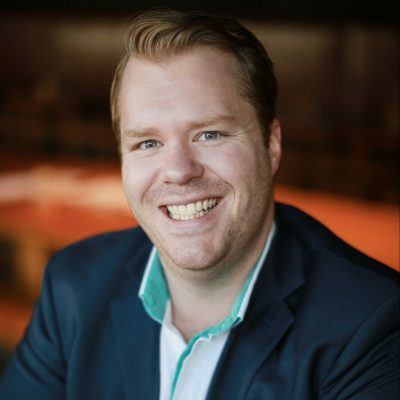 Kim Barrett is the founder of Your Social Voice, a social media lead generation agency and a best-selling author and speaker. But that’s not really what he came to the WP Elevation podcast to talk about. Instead, he and Troy touch upon his entrepreneurial beginnings as well as how he’s found lasting business success working in the Facebook advertising space.

We’ve actually already been introduced to Kim Barrett on the podcast before. It was on episode #204 that he shared the story of his rocky beginnings, but how niching down and productising his service smoothed things out.

These days, things are going very well for Lord Kim Barrett (you can hear all about how Kim got his lordship for $69 at the start of this podcast). Kim’s agency, Your Social Voice, is on a mission to help more businesses grow their leads and sales using Facebook advertising.

The headline of this section should actually read “Fulfilling a Childhood Dream and Realising It’s Not All It’s Cracked Up to Be”.

When you were a kid, people probably asked you what you wanted to be when you grow up. For Kim, that dream was to become a businessman.

Although he dabbled in entrepreneurship in his younger years, he eventually went to university to get a degree in international marketing and management. Upon graduation though, his assumption that it would be easy to get that dream business job was quickly debunked.

Without specific job experience, he found it difficult to land a job. And when he asked his interviewers, “How am I supposed to get experience if no one will give me the opportunity to earn it?”, no one seemed to have a good answer to that. Needless to say, it was an exercise in futility. At least at first.

Why Kim Went into Business for Himself (7:15)

Once Kim finally landed a job at an accounting firm, he quickly grew bored with it and realised being a “businessman” wasn’t all it was cracked up to be. So he started looking at ways to make money online while he worked his day job.

The first thing he tried his hand at was selling colognes and perfumes — to the girls in the office, to his sisters’ friends and, eventually, on Facebook. However, considering they could buy really cheap scents in big sizes, there was little opportunity for regular recurring revenue since bottles could last customers six months or more.

He was also growing disillusioned with his job at the accounting firm. You can hear the story about what pushed him over the edge to quit in episode #204.

Bottom line: Kim needed a more sustainable, profitable and fulfilling way to make a living. And he eventually found it in Facebook advertising.

The Keys to Business Success, According to Kim Barrett (14:45)

Skipping ahead to 2019, Kim is a well-known and trusted figure in the social media marketing space. But rather than give away all his secrets about how to nail Facebook ads (some of which is talked about over here), he spent the rest of this episode revealing the keys to his own business success.

Kim is not afraid to hire new employees if it’s going to make his team’s life easier. That’s why he checks in with a daily morning huddle to see how things are going and how each person is handling their workload. When his team reaches peak capacity, that’s when he starts to look for new hires.

Kim describes himself as a “tech introvert”, which made earlier suggestions to network and meet more people for the sake of his business quite unappealing. Instead, he turned to Facebook and became really good at generating leads from advertising there.

“After a couple years, I realised I could just spend some money on ads and generate more leads. We got good enough where, once they spoke to me, about 50% to 100% of them would sign up.”

And what’s the secret to such a high close rate? It’s because Kim knows that what he talks about and what he promises clients is the truth.

He wasn’t always that confident in his Facebook marketing business though, which is why he initially leaned heavily on his mentor for support and guidance. He assumed that someone who charged clients $10,000 a month must be better at getting clients results than someone like him (who charged $4,000). However, his clients were walking away with amazing results, one after the other.

It was then that he started to believe in his own product.

When Kim’s asked about overcoming fear and impostor syndrome, he talks about the time he spoke at an event in Bangladesh, which happened to coincide with a terrorist attack.

“In a world where bombs are going off, that’s the thing to really fear.” — @RealKimBarrett talks about how a brush with a terrorist attack helped him put fears about his business into perspective. Click To Tweet

As you can imagine, an experience like that does wonders for curing any fear or doubts you might have about business. So, what if you fail? You can always get back up and try again.

Although Kim’s spending habits might not be ones you want to emulate, his advice on why you should be investing in your knowledge is:

“If you invest in yourself and the knowledge you have, it doesn’t matter what happens. You can easily start back up again.”

People quickly took note when Kim landed the opportunity to interview author/speaker/influencer Grant Cardone. And when he’s been asked (numerous times) how he made that happen, his answer is simple: he asked for it.

Kim’s reached a point with Your Social Voice where he recognises that he’s not good at all things nor does he enjoy wearing every hat. That’s what eventually led him to hire a general manager.

Kim attributes the success of this decision not to the mere fact that he put someone in that role. No, he says that they’ve been successful because he knows his role, his general manager knows hers, and he doesn’t overstep the boundaries there. He trusts her to run the ship well and wants the team to view her as the person calling the shots. And this frees him up to do what he does best.

Even if someone has used something that Kim has taught them through a DIY course and had major success from it, he always takes a moment to celebrate their win. He doesn’t claim any part in it, simply applauds them for what they’ve done. However, he does acknowledge that it feels good knowing that he and his company are able to have an impact on others’ successes, even from a distance.

It’s not just the celebration of customers’ wins that Kim and his team are focused on either. After reading Never Lose a Customer Again and Giftology, they’ve been using strategic gifting to make longer lasting impressions with customers and, in turn, grow their business.

As for what’s on the horizon for Kim? Well, Your Social Voice is hosting its biggest event ever in February — something he’s excited about.

And the news you’ve all been waiting for? Kim has also just completed work on a brand new Facebook Ads course with Troy which launches at the beginning of December!

But in the meantime, if you want to get a primer on Facebook advertising before you sign up for the course, check out the How to Make 3-5X More in Your Consulting Business Using Facebook Ads.

Visit the Your Social Voice website and thank Kim Barrett for even more insights into his business success.