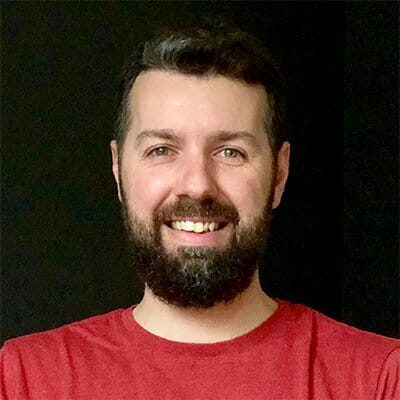 Serial entrepreneur and full-stack product designer/developer Brian Casel visited the WP Elevation podcast to talk about the value of selling productised services. And although his background is in design, Brian has created a wide variety of products, including a website-as-a-service, a done-for-you content marketing program and an online course. All of which he discusses on this jam-packed episode of the podcast.

Brian Casel describes himself as a full-stack product designer. However, the man has a growing resume of hits as an entrepreneur. Here are some things he’s dabbled in since leaving the life of freelance design behind:

Restaurant Engine
Brian bootstrapped this website-as-a-service solution for the restaurant industry and sold it in 2015.

Audience Ops
This productised service provides businesses with done-for-you content marketing. Brian has a reliable team that runs everything, which frees him up to focus on other ventures.

Productize Course & Community
This course teaches business owners how to build their own productised services they can scale up with.

If that’s not enough, Brian also hosts a couple of podcasts, like Bootstrapped Web!

How Brian Entered the World of WaaS with Restaurant Engine (5:45)

Wanting to get off of the freelance treadmill, Brian decided to try something different.

The idea for Restaurant Engine originally came from a business he’d launched and sold called Theme Jam. Essentially, it piggybacked on the idea of selling themes and websites to clients, only this time it would be a website builder that came complete with hosting, themes, domains, and everything else users would need.

The only problem was that a general website builder tool was too complicated of a product to build. Which is why Brian narrowed it down to restaurant customers and removed the possibility of endless customisations.

To get his website-as-a-service in front of more restaurant owners, he started to create content for it. When that content started to land on the front page of Google, he realised the process worked but wasn’t sustainable. That’s how he came up with the idea to hire writers and let them run the content marketing arm of his business.

And that’s what became the launchpad for Audience Ops.

How and Why He Moved into Productised Services (10:30)

Why did Brian move into productised services? As he explains it:

“It’s nice to be able to work from home and make my own hours. But to deal with clients every day, especially as a solo freelancer, that started to get to me.” @casjam on the pain of being a service provider

Difficult clients. Long hours stuck at the computer. The loss of revenue any time he went on vacation. Brian realised a service-based business was not conducive to the life he wanted.

He believed that products might be the answer. However, SaaS products take a long time to generate sustainable revenue, and he didn’t want to waste any more time. Which is where productised services came into play.

He realised he could take a service that he was already offering, and then market and price it like a product. It was much easier to sell, too. The pitch (i.e. the website) would go like this:

This is your problem.

We understand the problem and have designed this solution for it.

If you’re the person we designed this for, go ahead and sign up.

It’s a highly process-oriented business, which removes much of the waste service providers and product developers have to deal with.

Audience Ops has done very well since its launch. So well, in fact, that Troy recently signed up for the done-for-you content marketing solution. If you want to hear him explain why WP Elevation decided to go all-in with Audience Ops, be sure to tune into this part of the episode.

Basically, though, it boils down to this:

When you’re busy trying to get things in order for your business and, later, scale-up, you don’t have to time to design a content strategy or implement it. The WP Elevation team has felt this pain (as have many others).

That’s why Audience Ops is a clear “yes” for many people. The onboarding process is well-refined and sets the stage for what’s to come. It also shows customers how they can get the best value from the solution.

With simplicity and peace of mind built into the process from the get-go, you can see why Audience Ops is such a valuable solution.

How a Product Glitch Turned Brian into a Full-Stack Developer (23:40)

With a talented team running the ship at Audience Ops, Brian’s entrepreneurial journey next led him to ProcessKit.

However, things didn’t go so smoothly with his first stab at ProcessKit’s previous iteration, Ops Calendar.

Ops Calendar was an editorial calendar tool that he began work on two years ago. He paid a lot of money to a development team to build the product for him — a process that ended up taking 1.5 years to complete.

That wasn’t the problem though. The problem was that an upgrade to the app broke everything in it, which meant there would never be new features unless he was willing to have those same developers rebuild the entire thing.

In February 2018, Brian paused development so he could figure out what to do with the stagnant product.

“I’m gonna rebrand and rebuild anyway — and I have free time — why don’t I spend the next year diving into code?”

So, he did. He learned how to code at a professional level with Ruby on Rails using courses like Go Rails and One Month’s Learn Ruby on Rails in 30 Days. At the end of 2018, he built his first product called Sunrise KPI.

Now, he’s set his sights on ProcessKit. He’s been working on it full-time since January and only just opened it up to the first batch of users in June.

Another thing that Brian’s got cooking is the Productize Course & Community, a solution he’s built to teach others how to create their own productised services and turn a profit. If you’ve mastered the art of delegation and are looking for more ways to increase profit margins, productised services could very well be your next step.

If you’re not there yet and want to focus instead on growing your WordPress business, start with this free online training. You’ll learn how to get better clients, work on more fulfilling projects and get paid well to do it.

You can reach out and thank Brian Casel on Twitter (@casjam).