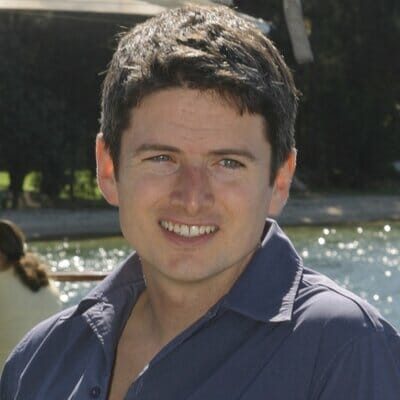 From an individual standpoint, it’s easy for a lot of us to see the appeal of working remotely; you can work from home, from the coffee shop, on the road or even in the air. But when it comes to working as a team, remote work can pose a few extra challenges.

This week’s guest talks to us about how you can build a great remote team, keep them productive and accountable, and retain great talent while scaling up.

Rob Rawson is something of an expert when it comes to remote work; he runs TimeDoctor and Staff – two services for managing remote teams. Oh, and right now, he oversees a team of over 80 employees in 28 countries, every single one of them working remotely.

Working remotely solves a lot of problems for employees: it cuts out unwanted commutes, gives you the freedom to travel, and lets you work in your own space and under your own dress code. However, working with and for a group of people that you’ve met a handful of times, if ever, can be isolating. If done badly, remote working can seriously hinder communication, which leads to unaccountable workers, unclear instructions, lacklustre deliverables, and all manner of other issues.

That said, Rob really believes in the power of remote teams and swears by the ability to recruit top talent regardless of country of origin. He knew he wanted to break free from his office and his commute, and he knew others did too – so he developed software to do just that.

I was sitting in the office, and I didn't want to use the office anymore. I wanted to just work remotely and travel around the world. So I built software which actually helped me to keep track of everyone's time, and stay accountable for the type of work that they were doing.

TimeDoctor is a SaaS (Software as a Service) tool that helps employers monitor, schedule and bill for their remote workers’ time, and it also helps employees stay focused and track their own time. Rob designed it specifically to fill the gap in accountability that workers often lose when they move to working from home.

While TimeDoctor is largely aimed at small remote teams and agencies, Rob’s other project, Staff.com, is a similar tool for enterprise-level clients managing large-scale remote workforces, especially offshore, and it comes with plenty of metrics for tracking productivity.

Rob says finding the right talent is crucial for building a remote team, and while it can pose some unique challenges, being open to remote workers means you’re accessing a much broader pool of talent. Limiting yourself to just local candidates can mean you’re not really finding the best person for the job, just the nearest one.

Rob stresses that you need to pull in a broad a pool of candidates, and then start filtering it down. Finding the right person for the job can be like finding a needle in a haystack, he says, but with the entire world of talent at your fingertips it can be more than worthwhile.

Testing for the right skills is a key part of Rob’s recruitment process, and he recommends filtering out early rounds of candidates with short, unpaid test work before evaluating successful applicants with paid test projects or contract work. For developer candidates, Rob’s a fan of HackerRank.

Rob is a big believer in building remote teams offshore, and he says they can be a great way to scale up your operations – and not just because the wages are often cheaper, either. A lot of Rob’s team members are in the Philippines, where the ability to work remotely is more and more sought after by workers that are tired of commutes into major cities that are often more than two hours each way.

While finding talent with the necessary language skills and cultural fit overseas can be tough, Rob says it’s not only doable, but also hugely rewarding. “This is a huge competitive advantage when you’ve got it right,” he says, so it’s worth taking the time to recruit the right people no matter where they hail from.

One of the downsides to not working out of an office is that, well, you don’t see your coworkers at the office. Rob says a lot of employers are so used to managing their teams by casual hallway run-ins or cubicle drive-bys that when their staff aren’t physically present, they practically stop communicating altogether.

Recreating that same in-person feel to remote-team communication can make all the difference, Rob says, even if it can seem like overkill at times. He emphasises the importance of regular, structured communication amongst the team, as well as using video on calls as often as possible. This helps keep people on track, focused and in touch with each other so that they know who they’re accountable to – actual people, not just names they know from email signatures.

Rob’s remote management software, like Upwork and some other time-tracking tools, comes with the option to take screenshots of employees’ work (or non-work, as the case may be) while they’re on the clock, as well as other surveillance measures like chat usage and break time monitoring. These can be especially useful, he says, in managing large remote teams where it isn’t always easy to tell where gaps in productivity are coming from. He says the company is looking into producing more “employee-friendly” versions of the software that foster accountability without coming across as invasive or micromanaging.

Rob also notes that remote workers can also use screenshots and stats as positive proof that they are, in fact, doing the work they say they are; this can be a powerful tool especially for workers who run into issues and rack up more time than expected, so they can always prove that they were in fact working and not slacking.

While remote work comes with its share of challenges, it’s clear that for Rob, the pros far outweigh the cons – and he’s working on engineering out most of the cons. He really encourages anyone considering building a remote team to go for it, and he has some resources available on his blog to help them get started.

If you liked the tips from this interview, then join our free workshop where you’ll learn how to start attracting better clients, avoid scope creep and add a steady stream of recurring revenue to your business. Reserve your seat here.