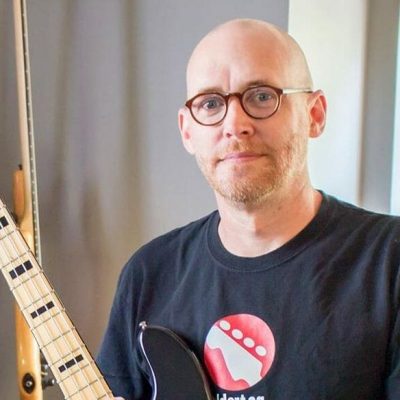 Marketing these days is all about building an online community… so are you getting amongst it?

In this podcast, Kristina talks to Corey Brown who is a web developer with his own agency about his passion project, No Treble.  He will talk to us about how he was able to build a huge community of bass players and the tools and tricks that he has used to sustain the community.

Corey started in 2003 in the early days of WordPress when it was good for blogging but not much else. He was a terrible blogger but a passionate bass player and had been wanting to build an online magazine just for bass players. However, he wanted more than a website, he wanted to connect and build a community. He also wanted to find a way to program WordPress to push the content out by targeting specific interests. He didn’t know where to start so he kept it really generic at the beginning and his audience could subscribe to a newsletter, MySpace (and yes apparently it still exists for musicians), Facebook and Twitter.

At the time, he was big on Twitter and he hardly touched the Facebook page, but it was Facebook that was growing significantly. So, he focused on Facebook (reluctantly) as it was clear where people wanted to connect. By the end of the first year, they had 10,000 Facebook fans! Back then it was easier because Facebook pages used to accommodate these actions easily but now they have shifted their algorithm, so it is much harder, unfortunately.

Corey’s focus is now a lot more on email, using their own plugin which allows the content to get out to their audience in a way which targets the person’s interests, rather than having people subscribed to everything they do.

At the 8-minute mark, Corey talks about how they use MailChimp which has the RSS to email capability. Listen in here to find out more about these handy tricks to save you so much time and energy on getting your content out there.

How Do You Start to Build an Online Community?

When Corey started out, they had to go with lesser-known bass players for their podcasts. It is more difficult at the beginning, but you build up your audience slowly. They also made sure they were getting involved with industry events to make connections there.

Get targeted information to your audience to minimise the number of un-subscribers. Great tips from @coreyweb on WPE podcast

Once You Have an Audience, How Can You Create Revenue?

Corey has set up a variety of different sponsorship packages for things such as contests. Their revenue also comes from No Treble’s online store where they sell t-shirts. Their best seller is the t-shirt with their logo on it which shows what a sense of community that they have been able to create.

Managing Communication and Engagement with Your Community

Corey reads every comment because he wants to know more than the stats and get the sentiment behind the feedback. He also has a closed group with about 5,000 members which is very different to the public group. They have pinned guidelines and questions you have to answer before you are able to join. He formed these guidelines by inviting the people he wanted to join and then asked them what they wanted to see to ensure the group has all the relevant content that they want and need.

Gold Nugget Tips for Setting Up an Online Community:

Have you found a way to get relevant information to your community? We would love to hear how!