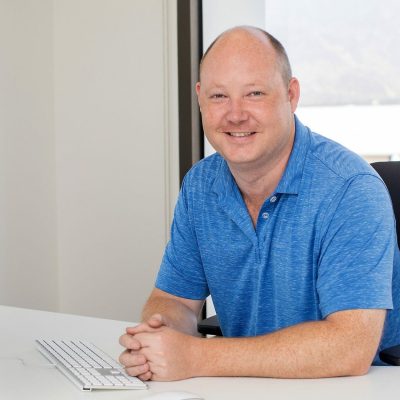 Growing so fast that you don’t have time to set the right business foundations? Donovan Janus wasn’t expecting his company 17hats to grow as fast as it did and it wasn’t until further down the track that he started to see the cracks in the foundations. In this podcast, Donovan talks to WPE’s Kristina Romero about how he had to go back to basics, set stronger foundations and simplify everything. There are some great tips in here so tune in!

How Did 17hats Begin?

Donovan Janus is the CEO of 17hats which is an all in one business management app where you can manage client communications, proposals, contracts, bookkeeping and more.

His idea for the software happened when he was working for an online gallery system at the time. The company was trying to generate and followup leads but they were wasting too much time on these processes. (And we all know, as business owners, we never have enough time!)

He tried to find a complete solution for the client onboarding process, but nothing such as this existed at the time. So, he decided to build it himself, and despite being told they were crazy, the demand for the product was huge and the company grew quickly.

The Struggles of Growing Your Product

Donovan says that an influential book for him has been “The E-Myth” by Michael E. Gerber which explores the different stages of growth within a business. One of the stages is when you become ashamed of your business – which is where Donovan was at the beginning of this year. They had been in business for two years and had grown to 75 employees, but he started to see the cracks in the foundations of the business and was embarrassed, especially about their lack of customer support.

They had launched a service called “Ally” where they actually run businesses for people and it was meant to have superior customer service. Whilst it was a good idea, it became too much and they weren’t ready for it.

Two years in and they realised that they needed to make changes because the way it was going wasn’t sustainable. They had to start again from basics and turn everything back around which took a whole year to do. They shut down the Ally service and brought those people to customer support. These were people who have actually run businesses before so the support went from something that was embarrassing to “a point of pride”.

How Did He Simplify His Business?

Donovan tells us that recently he ran into his business coach from when he was 18. After discussing his business ventures with him, the coach told him that they had failed because he over-complicated them!

Donovan has learned that often people overcomplicate their business because a client has suggested an idea. But if a client does this, you need to ask yourself what the side effects of this will be.

Don’t overcomplicate things when it comes to your business!

The Importance of Having a Mission and Vision for Your Company

Donovan says that the first thing you should do is define your mission and vision. He did this with his team before they even started the coding for the product. A couple of months ago they reviewed their mission and they were surprised to see how much they had got off track.

One of the things that they always wanted to be was affordable for small business owners. However,  not only had they raised the price, but they had also overcomplicated it with three different pricing plans. So they have now lowered the pricing and gone back to one plan.

If you don’t take the time to define your mission and vision, as a result you have a harder time making decisions. Defining this gives you so much clarity.

The company has gone through many structural changes as it has grown. One of the challenges has been that as the company grows, processes slow down because everyone wants to put in their opinion and different people have to sign off on things. So they have simplified the structure and they work from a 90-day roadmap where everyone knows what they need to do and they have the full responsibility for that without having to go through all of the red tape.

Now he has time to get back to programming!

Simplify your business structure and win back precious time. Find out how on this week’s WPE podcast

Books That Donovan Has Drawn Inspo from

1.The Hard Thing About Hard Things by Ben Horowitz. He turns to this book for inspiration just to know that the things that they are going through are normal.

2.The Pumpkin Plan by Mike Michalowicz. This will take you back to foundations and what matters most in management such as bad clients and employees, and how to handle those situations.

Multitasking Slows You Down!

The company uses Slack but he is trying to limit how much they use that. He tells his employees that every time they send a message, that it costs $5. Why?  Because it stops their workflow and switches their intention. (It’s all about focussing people!)

A fun exercise to do with your employees so you can see how less productive you are when you multi-task:

1. Write down the sentence “I am good at multitasking”
2. Underneath each letter in this sentence, write a number counting up from 1.
3. This time try writing the letter and then the number, the next letter and the next number etc

See how much longer that took! By focusing on one thing at a time, you get so much time back.

So there you have it. Some simple but awesome tips to help you get back to what is important in business. Tune in for that and more on this week’s WP Elevation Podcast!

We would love to hear your thoughts on Donovan’s advice. Have you experienced any of these struggles and simplified your business as a result?