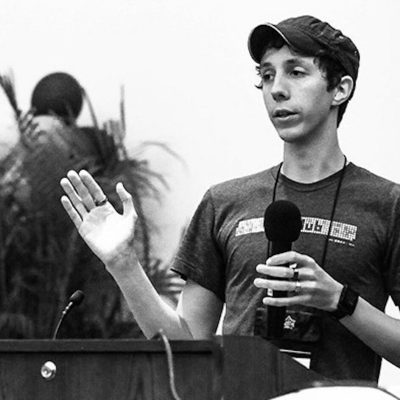 How do you stay motivated when you are growing your business?

Pippin Williamson is the founder and CEO of Sandhill Development which is well known for its three premium plugins, Easy Digital Downloads, Affiliate WP and Restrict Content Pro.

In this week’s episode, Cath talks with Pippin Williamson about how he got started, how he grew his business, how he has dealt with lulls in motivation… And what’s up with this brewery that he owns!

Tune in for that and more on this week’s WP Elevation Podcast!

Pippin Williamson has reached the goal we all dream of- having a company that can run itself. But how did he get there? And what happens when you get there?

First up, Cath tackles a very important question – how did Pippin get such a cool name!? Well, you will just have to listen to find out!

We then move on to where Pippin got started and how his business grew. He explains that he started out by creating plugins just for fun (as you do!) Then when he started doing some freelance web development work, he used his own plugins to solve all the problems that he was encountering along the way.

This was in 2010-2011, before we had cool things like Google fonts and options in CSS. So, he would create plugins according to what he needed. Tune in at the 6.30 minute mark to find out what problems he faced and what plugins he created for this.

Pippin started selling his plugins on codecanyon.net (run by envatomarket). However, he wanted to be able to sell them for himself, so he created a tool to be able to that. This is now the well-known plugin – Easy Digital Downloads

Pippin speaks about how he had previously been able to manage his small projects himself, but Easy Digital Downloads was growing fast that he needed to start bringing in a team to help.

Cath makes a good point that sharing the responsibility of your own project can be quite daunting. Pippin gives some great advice here – he uses his own products to run his company. By doing this he has a first-hand experience of what problems may arise and how they can provide a solution. This gives you “the incentive to make your products awesome” as Cath points out.

All I’m trying to do is keep the business running, that's all it is! @pippinsplugins talks being an entrepreneur on the WPE Podcast

Cath asks if he still has his own clients and he explains that they rarely do custom development and if they do, it is directly related to their existing products in cases where the product can get close, but not quite close enough to what the client wants.

Tips for growing your company and staying motivated: 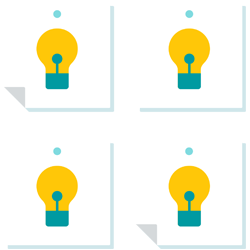 We then move on to motivation – Pippin explains that you will absolutely get lulls in your energy along the way. The most significant lull for him being just last year when the company had got to a point where it was running itself. This was hard for him as he had come from a background of having to do it all for himself. This created a mental state of “I don’t know what to do with myself”. It took him quite some time to realise that he just needed another project, because for a while he wondered whether he was bored with the product and the company.

Great problem to have, right? Tune in at the 13-minute mark to hear Pippin’s other thoughts on lulls in energy and what happens when you get bored.

So where to now for Sandhill? They are working on a brand new product which he can’t share too much on at the moment but you can visit www.sellbird.com for a bit more information They are also constantly pushing their current products and they are contemplating the possibility of bringing back a product or two. So, stay tuned peeps!

Cath asks Pippin about how he runs his team of 15 people. Pippin says that there is no tier system but that the majority are in support. He also has about 5 developers who jump into support from time to time. This is a great way for them to get an understanding of what is happening with the products and this can sometimes then turn into a development project. He has about 1-3 people steering each project and he oversees all of these.

He finds that when he hands over the reins to let others lead that they “grow better and move forward faster because it allows me to step back and look at it from a much broader perspective as opposed to stuck in the finer details.”

And this beer thing… well he fell in love with brewing when his wife bought him a homebrew kit years ago. Now his brother and he are planning to open a local brewery which will open in 2018!
Initially he thought he should just blog about beer but he tried it and didn’t like it. He realised that he needs to disconnect from digital world. “You need to switch off, disconnect and relinquish control”. Some great advice for those who are finding themselves in a lull!