Changing Direction in Your WP Business with Kim Doyal 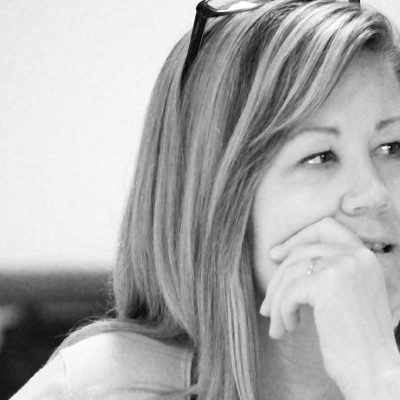 Thinking about changing the direction of your WP business can be pretty scary, especially if you’ve spent years building it up to be where it is today.

In today’s podcast we talk to the “WordPress Chick” – Kim Doyal who is prolific in the WordPress space and as we find out, also a lover of 80s and 90s films! We get deep with Kim in this chat. We not only discuss how she has successfully been able to reinvent her company but also how she dealt with a personal tragedy and how that impacted her work life. There is SO much to take away from this podcast and I left this interview feeling so inspired.

Document, share the journey, and show up as yourself - @kimdoyal on WPE

Kim started her own business in 2008 and it has evolved so much over years. She started out thinking that she would be a millionaire from being an Information Marketer but that didn’t work out. That’s when she discovered WordPress and got sidetracked. She named her company “WordPress Chick” which she says was a ballsy name to claim but she stuck with it and figured it out as she went along!

At first, she was bartering for websites and got a couple of people to help her and one thing led to another and it wasn’t long until she had built up an agency and an outsourcing company.

She started podcasting and realised she was much more of a content creator and connector. She loved being able to connect with people and use her voice. She says “I’d rather be the star than the producer” She was having fun and saw the validation that she was getting just from using her voice and being herself.

Kim explains that it got to a point where she was tired of building everyone else’s businesses and so now she has now made the scary leap of faith to wrap up all service work with the WordPress Chick and go all in with a web app with her business partner – Gordan Orlic.

I talk to Kim about starting out and how you never know where you’re going to end up. Kim says she has reinvented herself so many times. She gets inspiration from motivational speakers everywhere she goes and is passionate about audio. “I always have stuff in my ears!”  She says she loves it because it is the easiest type of content to take in and it can be taken anywhere you go.

Kim talks about how she got her inspiration for her new app. She was about to buy a product online and as she was filling in the data form about herself, she realised how much this person would then know about her. This got her thinking… creating quizzes is hard work. It has to be engaging, draw in right audience, and yet be valuable data worth collecting.

She asked her partner Gordon to hop on board and they hired a developer. They are creating an app called “Lead Surveys” to help people gain valuable data and leads for their business.

Kim is nurturing the culture of “Lead Surveys” and making the voice fun and playful. She also says that is enjoying taking her audience on the journey with them into development.

Course correct. If you ain't got the right formula, change it, then move on! @kimdoyal on WPE

Kim’s Advice on Changing the Direction of Your WP Business: 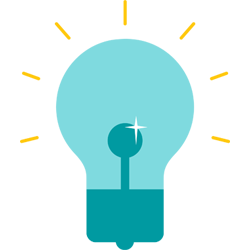 Running a Business and Dealing With Personal Tragedy

I also talk to Kim about what happens when you experience an unexpected crisis in your life and how this impacts your career. Kim lost her husband 14 years ago when he was in a car accident. At the time she was working in retail management whilst raising her two children who were ages six and two.

She talks openly about her grief and how it was surreal for such a long time. She kept working full time despite being in shock for a good year. She then became quite angry and didn’t know how she wanted her life to be. So she took a leave of absence and found a grief counsellor to work through it. This started her on her journey to reinventing herself as well as her career.

She eventually got herself fired from her retail job and tried different things but got to a point where she knew she “couldn’t keep doing things the same and expecting a different result.” She wanted to move gently through her life and be in the moment. She had listened to motivational speakers for years, but it took her a long time to put all of her learnings into practice.

Everyone is going through a challenge of their own, so being vulnerable with our stories also helps us connect to people. Recently Kim wrote a blog post about her husband’s death and her journey since then. She said that this is one of her most shared blog posts and within an hour she had received 30 emails. All because this was a connection piece. But she also says to baby step your way into the sharing.

In a crisis, take care of you & family first, business last - Kim Doyal on WPE podcast

Some Advice on Dealing with Grief and Work:

So there you have it. Kim is awesome right? There was so much more in this podcast, so listen in and let us know what you think. Have you been through a crisis whilst trying to run your business? How did you get through? We would love to hear your comments below.

Gin McInneny is head of Customer Happiness at WP Elevation. She has experience in website development, digital marketing, videography, and education. Gin brings these skills plus her unique enthusiasm to the wonderful world of WP Elevation.