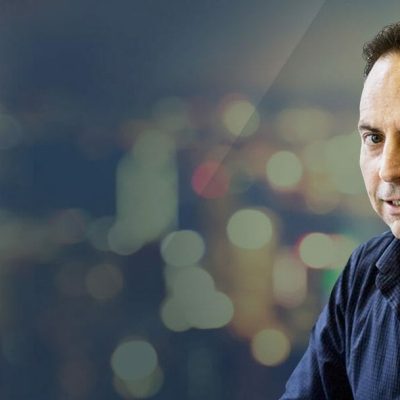 Content writing is easy, right? But getting your content in front of your target audience can be another story.

In today’s podcast, Troy talks to Jeff Bullas who knows all there is to know about blogging, content marketing and gaining maximum exposure.

Jeff Bullas started out his career as a teacher but his heart wasn’t in it, so he “fired” himself and started to create content about each new tech revolution – PC, web, and now his content is around social media and marketing your business.

He was one of the early adopters of blogging in 2009 and practised inbound marketing. He was inspired by the book “The New Rules of Marketing and PR” by David Meerman Scott, as he liked the idea of attracting customers rather than going out to chase them.

His blog, which started out as a passion project, has ended up being a huge success that it is today. We urge you to visit jeffbullas.com/bio and check out his long list of bragging rights. He is currently in Forbes’ Top 20 Influencers of CMOs.

Blogging Within a Saturated Market

With the blogosphere being such a saturated market these days, Troy asks whether Jeff’s success was also a matter of good timing and whether this kind of success is still possible today. Jeff explains that in business, timing is everything but it isn’t impossible to be a success. It requires persistence and needs passion. If you don’t have these things, then it is going to be hard to show up every day. “Look at me- I am one of the oldest social media bloggers on the planet!” Anything is possible!

The riches are in the niches” @jeffbullas on the WPE podcast

Staying Motivated When There Is No Activity on Your Posts

Jeff talks about the social web and how it provides motivation by validating your creation. “That’s why it is important to share your creation with the planet and push it out on social media.” It is also an indicator of what is working and what isn’t.

‘Content marketing’ is two words – you have to create good content and then you have to market it; you have to persist. Get your content out there on as many channels as possible such as email, social media and through influencers.

Troy asks the great question that if Jeff is approached with an article, what would make it a no-brainer for him to share it?

It’s sometimes difficult to stay inspired especially when you aren’t seeing the results straight away. But don’t give up peeps! Jeff gives some great advice –

It’s not a get rich quick scheme; you need to give it time and it has to be driven by true passion and purpose.

Your mindset has to be very much that ‘it is a long game’. You have to have patience and persistence if you want to be a success.

He recommends Cal Newport’s book “Deep Work” which talks about how to start your day. For Jeff, he gets up at 4.30am, meditates for 15 minutes, writes, publishes it on social media then goes to work.

He also mentions a great quote from Stephen King, “If you want to write a lot, then you need to read a lot.” Creativity comes from reading books that are going to inspire you.

Ask yourself the question ‘Who is in front of your target audience?’

For example, you might want to talk to the person who provides software to your niche and do a deal with them.

Ask the question - Who's talking to your audience? @jeffbullas on the WPE podcast

Where Does Jeff’s Business Come From?

He says that having multiple revenue streams is important. Ad revenue is outdated now so they use influencer marketing projects, sponsorship, speaking, helping people on content and courses, and a blogging course which they sell.

At the end of the day though, he says that people just want to learn from people who are doing and not the people who are just talking about it. He is simply learning how to be an entrepreneur and sharing his journey along the way.

What Is the Best Converting Lead Magnet That Jeff Has Ever Produced?

Jeff tells us that ‘101+ Traffic Tips to Grow Your Website Traffic Without Paying Google or Facebook a Cent’ started as a blog which became so popular that he made into a 55-page E-book. Genius!