The Key to Making More Effective Content with Daniel Daines-Hutt 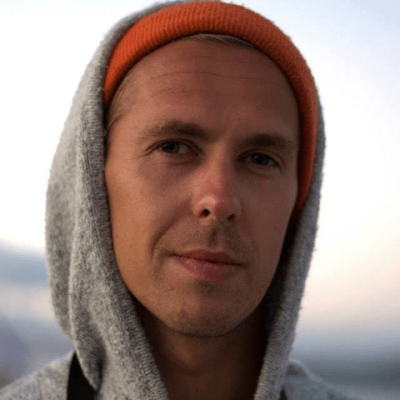 The content you create for your WordPress business can be a highly effective tool in getting more leads and generating new business. But are you doing it right? According to Daniel Daines-Hutt, most of us are missing the mark when it comes to making more effective content.

In this interview, Daniel talks about how he got into the marketing space and what tips he has for content marketers and others trying to make a meaningful impact with their content.

Originally from the UK and now based in New Zealand, Daniel Daines-Hutt was a mechanical engineer by trade before making the switch to retail.

As he explains in the interview, he set up a clothing company online, it did really well (which meant he could quit his job) and then he sold the company for a profit. That’s when he discovered he had an interest in and knack for marketing, so he began writing about how to make more effective content.

These days, Daniel, his partner Freyja Spaven and their company Amp My Content produce the highest performing content of all content marketers… and they’ve done it with only eight blog posts in the last two years.

You’ll hear a lot of WordPress consultants and other business owners say they started their companies because they couldn’t stand what they were doing anymore. In Daniel’s case, it was because he was about to get kicked out of New Zealand.

Too old to apply for a new travel visa, Daniel did his research and discovered there was an entrepreneur visa that would allow him to stay.

He took a lesson on Photoshop design, made a tourist t-shirt with his new-found skills and woke up to five sales on Facebook the next day. And that’s how Daniel got his start.

WordPress consultants are no stranger to impostor syndrome, but it looks like we’re not alone. It’s something that Daniel says never goes away.

To get past his own bouts with it, he turns to books to help him through the self-doubt. These are the three he recommends:

He also suggests that others ignore both praise and criticism.

“You’re never gonna please everyone no matter what you do.”

What Happens When Burnout Sets In (9:35)

Daniel’s agency was a success. In fact, they booked $3 million in business in just two weeks.

To work his way out of it, he took on a more granular and focused approach to business. First, he cut the distractions. Then, he planned out everything that needed to get done. But rather than get overwhelmed by all of the things on his plate, he broke it down bit by bit by defining:

Sounds a lot like the Big Rocks Method, doesn’t it?

Then, he’d work on only one task at a time. But not just any task. He suggests tackling the smallest, but the most leverageable thing to maximise results.

Fixing the Big Mistake We Make in Content Marketing (13:50)

According to Daniel Daines-Hutt, we look at popular news sites and the vast quantity of content produced by them and think, “That’s what I need to do.”

But news sites make money on how many ad views they get; not on how many people subscribe or make a purchase. What works for them is not going to work for content marketers.

Traffic should not be the benchmark you measure the success of your content marketing efforts against.

You need effective content that builds trust and authority, which is ultimately what gets you higher conversion rates.

Just look at Amp My Content. Daniel reports the industry standard opt-in rate at less than 2% and, yet, his company’s average opt-in is between 17% and 83%.

Daniel attributes his content’s high conversion rates to what he calls the hyper-specific next-step offer. In essence, it’s a call-to-action, but one that’s completely custom to the post. And it answers:

“What’s the next action I should take?”

And by adding a two-step opt-in, they see 40% more subscribers than they would if the form were placed at the bottom of the post.

If you want to get the most out of your content marketing strategy, you have to use effective promotions, too.

That’s why Daniel and his team promote content before it’s even published. In addition to leveraging forums, they also look to influencers to get involved early, contribute ideas and help spread the word.

If you can get just one influencer to share your content, the rest will fall in line thanks to the social proof you’ve just earned.

They also use SEO and cheap paid ads to get as much attention early on as possible.

Curious to see the 30,000-word post that Daniel references in the podcast?

Daniel does not seem to have fallen victim to the shiny object syndrome that tends to plague WordPress consultants. Instead, he’s leveraged his company’s SOPs, videos and Asana templates to create a tool and training program called Amplify Academy.

With this content, he can show anyone — employees or members of the Academy — how to create and promote content effectively. He says he still continues to use this tool, too:

“No one can remember everything.”

This is really a great lesson for any of you wanting to create new content but not sure where to start. Think of all the things you do more than once, that others would find valuable. Then, create content from it.

There’s a lot to take stock of after this interview with Daniel Daines-Hutt. Hopefully, you’ve walked away with some ideas on how to improve your own content marketing efforts.

If you’re still in the early stages of your business and perhaps not totally comfortable spending time creating content just yet, check out this free training. It will get you into prime position to do so in no time!