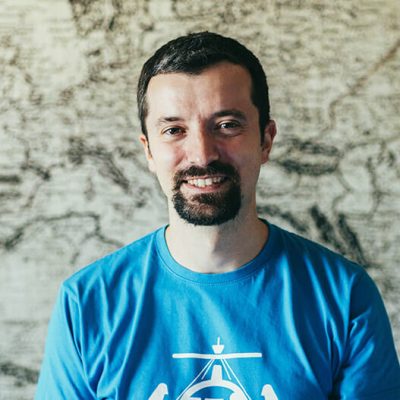 Unless you’ve been living under a rock, you’ve heard of ManageWP and GoDaddy! Today’s guest, Nemanja Aleksic, is the Head of Growth at ManageWP and the Marketing Manager for GoDaddy.

To change people's lives we had to provide a higher quality service. @kouteki_ on the WPE Podcast

Nemanja talks with Kristina Romero about his background, how GoDaddy came to acquire ManageWP and how his team has navigated that big change. Tune in for that and more on this week’s WP Elevation Podcast!

Nemanja explains how ManageWP started the way a lot of companies begin: someone was looking for a solution that wasn’t yet available in the marketplace. The solution they were seeking was an all-in-one service that minimizes some of the day to day tasks of the typical WordPress professional.

“Land jobs that are learning opportunities.” @kouteki_ on the WPE Podcast

Today ManageWP is a service that does just that; it helps WordPress professionals handle things like logging into multiple websites with one click, backing up hundreds of sites with one action, etc. It was an idea that took off! As of now, the service helps 27,000 people manage almost half a million websites!

They grew so much that GoDaddy took notice and last September acquired ManageWP. One of the misconceptions people had when this occurred was that it was an exit for ManageWP, when in fact, the opposite is true.

ManageWP had grown to a point where they realized they were more than just website management. Nemanja explains that they knew if they wanted to change people’s lives, they had to figure out more ways to provide a higher quality service.

For example, they experimented with hosting. It worked really well, and they wanted to start offering it but realized they would need to add a lot more people to their staff. About that time, GoDaddy approached them about an acquisition. ManageWP could see the GoDaddy team was excited about doing positive things, and that they had big plans for the future. Nemanja and the rest of ManageWP wanted to join forces and be a part of those possibilities with GoDaddy.

“Document everything and make it as simple as possible.” @kouteki_ on the WPE Podcast

According to Nemanja, the acquisition has been fantastic! In the past ManageWP has always been learning as they go, but with GoDaddy’s help and their Silicon Valley expertise, the staff of ManageWP now have easy access to a goldmine of answers to their questions and challenges.

When Kristina asked him how he’s changed, grown and evolved over the years in business so successfully, Nemanja had some simple yet wise advice: put yourself in a position to learn.

Nemanja was nowhere near the tech industry originally, but he got involved when he started building websites as a hobby. Then he was given the chance to join the ManageWP team, and he jumped on it.

Like most of their team, he started in tech support. At ManageWP they believe you can’t do anything within a company if you don’t understand the users, their needs and how products help them. So that was his training ground before moving to the growth team where they handled business analytics, marketing, and content.

He grew into that role and became the leader of a 5-person team until they were acquired by GoDaddy. Now he is part of a 5,000 strong multi-national team! Nemanja says that what he has realized from all of this is that it’s important to look for jobs that are learning opportunities. Every time he pushed himself outside of his comfort zone he learned a lot, he recommends you do the same. Put yourself in a position to learn; and if a job doesn’t help you learn, consider changing it.

Tips for Building A Business With An International Team:

1. Learn and adapt to the new landscape

3. Document everything in a simple manner

4. Make sure your messages are clear

Also on today’s show, Kristina and Nemanja talk about WordCamp in Europe and why it’s in Belgrade, Serbia. You’ll also hear about the cool stuff they have planned at ManageWP, including a new hosting option for WordPress professionals.

It’s all on today’s episode of the WP Elevation podcast!