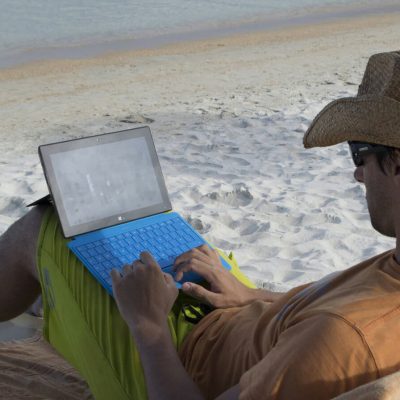 Our guest for Episode #107 of the WP Elevation Podcast is none other than our very own Mike Killen! Mike, along with being one of our three WP Elevation coaches, is a UK-based lead generation expert with years of marketing funnel expertise to share with us.

He offered us valuable advice on the importance of quality web content, what qualifies as good promotion, and why marketing isn’t more important than generating solid leads.

Don't be the person who exchanges time for money. @DevonDigitalD

Mike had a very interesting past before getting into lead generation. At 10-years-old, his stepfather bought home a PC. It enthralled Mike. After learning about Flash, he began to get deep into coding and networking–so deep that he became a de-facto security risk at his secondary school!

Mike had a childhood love for dinosaurs and was close to studying paleontology at University before someone told him how low-paying the field was.

I was always keen to do something other people didn't want to do. @DevonDigitalD

After taking a year off to figure it out, he dived into the marketing field. Mike was made redundant at an agency he was working for and went to Vegas to blow off some steam—and the bulk of his savings.

Upon returning to London, taking matters into his own hands was his primary concern. Figuring that crafting his own sites made more sense than paying vendors, he walked into his local chamber of commerce and offered to build websites for small businesses. This was on top of the social media, SEO and e-mail marketing services he already offered.

In 2012, more life changing advice came when Mike Mertens, a man who Mike worked with to host websites, told him that WordPress was easier than building sites from scratch.

Mike was immediately impressed with the relative simplicity of WordPress’ interface and began to use it exclusively for the sites he created. Mike eventually built his Devon Digital Design service into the UK’s number one WordPress marketing automation agency. Competing services weren’t yet dealing with WordPress, which helped him get a step ahead on the field.

My biggest fear is thinking of something brilliant and forgetting it the next day. @DevonDigitalD

During that time, he strengthened his expertise in lead generation and building strong marketing funnels. He carried that knowledge into SellYourService.co.uk, another WordPress lead generation service he runs. We have so much respect for Mike’s skillset that he became one of WP Elevation’s three coaches, sharing his knowledge with clients around the world.

Today, he talks to us about lead generation, creating shareable content, and the three things you need to ask yourself about building your marketing funnels.

If you read my entire website, you'd be able to do my job. @DevonDigitalD

Q: #1 thing any freelancer needs to know?
A: Charge more straight away.

Q: What’s the best thing you’ve done to find new customers?
A: Stopped buying into people selling me products that say they can find me new customers.

Q: How do you stop competing on price?
A: Charge more than anyone else.

Q: Any tips on writing better proposals?
A: You should be able to sell any product on 5 bullet-points.

Q: What’s the best way to keep a client or project on track?
A: Constant communication. Chase them, don’t let them chase you.

Q: Any ideas for getting referrals from existing customers?
A: Ask for them.

Q: What’s the number one thing you can do to differentiate yourself?
A: Look at the other Ps of marketing beyond Price.

You can thank Mike on Twitter or shoot him an e-mail.

Mike suggests I interview the other WP Elevation Coaches or Ryan Deiss.

To enter the competition, answer this question in the comments below: What is your biggest reason for not building a marketing funnel on your own website?