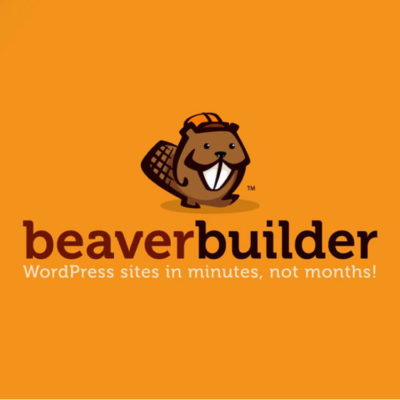 Beaver Builder is a page builder solution developed by the three guys (Robby McCullough, Billy Young and Justin Busa). The boys discovered the internet as a career early on in life and came together five years ago to form their first company FastLine Media, from which followed Beaver Builder. This is a fun interview with the 3 guys, discussing the ups and downs of creating a successfull business – that came about simply from a need to “scratch their own itch”!

The boys are giving away 2 x Pro Memberships at Beaver Builder valued at $199 each!
Juat comment below telling us the number one thing you would fix about WordPress if you could wave a magic wand. Robby will come by in a couple of weeks and award the prizes.

Update: Congratulations John Russell and Rick Moore! Beaver Builder team have chosen the two of you as the lucky winners! Thanks for your contribution and keep elevating

Robby says he found Justin and Billy through Craigslist while looking for a job to leave his customer service job. “I was their first interviewee, and they were my first company.”
FastLine Media was a client-based web development service. Since Robby worked with FastLine, the two worked with Joomla, Drupal and other platforms. Later, they redeveloped their corporate website on WordPress and then stuck with the platform.

The three say they don’t think clients care what platform they’re using, and find that most of them listen to them for advice on platform recommendations.

All three have strengths in development, and typically serve clients from start to finish, and, at times, will pass work on to their partners. Each partner have specializations, Billy serves as operations manager, Justin will work on development-heavy tasks and Robby focuses on design.

Robby says the differentiator for FastLine Media has been Beaver Builder — their page builder solution that allows customers an easy way to build webpages and websites using their online system without a great deal of technical experience. He says their great customer service is also a great differentiator.

The fact that the team is a partnership also differentiates them from other contract-based designers. Because they treat their work as a partnership, they are able to serve clients with a steady customer service platform which has gained them a lot of sub-contract work for other larger developers as well.

Troy Dean, host of WP Elevation, asks how they handle the schedule management for all of their tasks. The three say while they don’t use any type of software to manageme their workload, “we kind of play it by ear,” says Robby. “If one of our plates are particularly full, or there’s some kind of emergency, there’s someone else in to jump in to help.”
However, with the development of Beaver Builder, job requirements keep growing, but, he says, they’re still getting things done.

Billy jokes the thing that is keeping him up at night, is “maybe drinking too much coffee during the day?” Then, he responds, “We’re always trying to think of ways to enhance Beaver Builder. Because it’s new and it’s our baby, and I’m really excited about it too.”

GETTING AWAY FROM WORK

The three enjoy mountain biking. Robby says they will sometimes head out to a nearby joint for a beer and some good food, while Billy has twin boys that keep him balanced and focused. Robby plays guitar as well.

Robby and Troy mention how they’d like to play guitar in an online jam session, but they’d need to figure out how to deal with the latency issue. Troy jokes they just need to move to South Korea for the internet speed.

He also talks about the things that keep him up at night include some of the business issues, such as health insurance and other financial stressors, while Justin says he still enjoys the benefit of not having a set time to clock in as long as he gets the work done.

Billy agrees with the lack of time constraints, but he also loves having his own office to work in all his own.

We’re selling tools to developers that are building websites for other people… there’s a lot less competition in that space. - @beaverbuilder

Troy mentions Kim Doyal (WPChick) who introduced Beaver Builder to him. He asks the guys why weren’t they using the visual composer like everyone else.

Recognizing the “stigma surrounding page builders” among developers, Robby says a few of their clients were requesting a website they could edit — one specifically requesting Visual Composer. “They wanted us to build it, then they wanted to be able to take it and make it theirs and not have to come back to us to make changes.” says Robby.

The projects opened the team’s eyes to the benefits of using a page builder tool. “On the agency side of our work a lot of time is spent in email back and forth with past clients about small changes and edits. We went on a really exhaustive search and didn’t find [a solution] that fit all of our needs.”
Justin then started developing their own tool to solve the problems they were having. “It started off as a backend page builder, then we decided we wanted it on the front end… it was one of those ‘scratch your own itch’ cases.”
The three then decided they would try to sell the product, so they launched it as the FastLine Media Page Builder.

WP Elevation host Troy Dean asks how they knew there was room for their solution and that people would buy it. Billy says he was confident that they had found problems with existing page builders and their ability to solve the problems.
“We’re definitely seeing results,” says BIlly. Their tool has been able to overcome some of the stigma held by developers because of the care the three put into the development of the software.

Troy notes that Beaver Builder is a great product. “This took me a while to realize.. .the biggest distinction is that it doesn’t dump a crap-load of shortcodes into the content editor, so if you switch themes, your content is preserved.”
This is different from most page builders, Troy points out,  because the use of shortcodes forces the user to basically re-write the content from scratch. “Is that the main point of difference between Beaver Builder and the other solutions on the market?” he asks.

A few of the distinctions raised by the team include the User Interface, as well as some features they’ve intentionally not included, such as columns in columns. “From a user interface experience perspective the interface for that is a nightmare,” Billy mentioned.

Orignailly released as the FastLine Media Page Builder, one of their clients was a marketing genius who was helping with software development, and making the suggestion to change the name. “He didn’t think it was memorable and stuck well.”

The team spent multiple weeks writing down names, trying to get a name that was also available as a .com.

The name was suggested as a joke, “but then it just stuck in our heads… it took a good week of us not being able to forget it” before they decided to give it a go.

The three joke that the way they found their first customers was through “commenting on blogs.”

Robby noted that they never really kept their finger on the pulse of the community, but with Beaver Builder, they’ve started reaching out to the community, providing evaluation copies for writers to review.
The growth has been slower then they envisioned. But, they’re learning more about how to market their product.

“Marketing a product, we were all clueless,” says Billy. He notes that Robby is learning about how best to market their product. Robby says he’s been reading a lot, reaching out to others, asking for help.

“We got lucky,” says Robby about their relationship with Chris Lema who is featured on the Beaver Builder website. “He wrote an article about the best page builders out there. We were one of his clear favorites.”
Robby says he had reached out to see if Chris would write about their product, but, never heard from them. Then, Chris bought the product and wrote an amazing article about the software. Robby then emailed Lema asking for permission to use a quote on the site as a testimonial for their product.

Other testimonials on the site were obtained organically through twitter, email and support forums. A GoogleDoc helped document the praise given by clients and customers to keep track of the praise given by such influencers in the WordPress development market.

KEEPING UP WITH METRICS

One of the things the guys from BeaverBuilder want to improve is their ability to keep up with analytics and metric tracking. Currently the team has only been tracking traffic numbers and orders.

Robby says he’s learning from KISSMetrics about how to follow the metrics to see how they’re converting traffic to  purchase. Growing in their ability to track conversions, the team is using Google Analytics to track sources of traffic to conversions.

Future plans for the three include cutting back on client work they are taking in to continue growth of Beaver Builder, Robby notes that they still like serving their clients. “It’s almost like a dream that we could be able to do software sales, but I don’t think that’s going to be a reality. We want to keep [our client business] viable,” he says.

Troy now asks if they are nervous building on a platform that belongs to someone else. Justin says he’s not too worried about losing the ability to sell their product using WordPress. But, he says, “we’ve built things on other stacks, and then had that become obsolete. We just learned our lessons and, like Robby said, not put all our eggs in one basket.”

Q: What’s the number one thing any freelancer or consultant needs to know?
A: Be very organized and have the right tools in their tool belt (Billy)

Q: What’s the number one thing any freelancer or consultant needs to know?
A: Do good work, good support. I can’t tell you how many referrals we’ve had over the years. Some of them have been our biggest clients.(Justin)

Q:  How do you stop competing on price?
A: Make sure your pricing provides value to your customers and is also sustainable, then you don’t’ have to compete (Robby)

Q: Any tips on writing better proposals?
A: Make them detailed. Make sure they contain everything the customer would want to be notified of in a proposal. (Justin)

Q: Favorite tool for CRM?
A:  We recently started using Harvest. We had been using Sugar, then we split it up between Sugar and  a couple of other tools. We switched over to Harvest and kind of hacked it to be our go-to solution for time tracking, customer management and project management as well to some degree. (Robby)

Q: What’s the best way to keep a project and a client on track?
A: Some times you just can’t, says Justin. But, to afford scope-creep, he suggests a well written proposal and good conversations with the client. (Justin)

You can reach out and thank Beaver Builder Team on their twitter @beaverbuilder or at their website at www.wpbeaverbuilder.com

Hint: to enter the competition, leave a comment below and tell us the number one thing you would fix about WordPress if you could wave a wand.