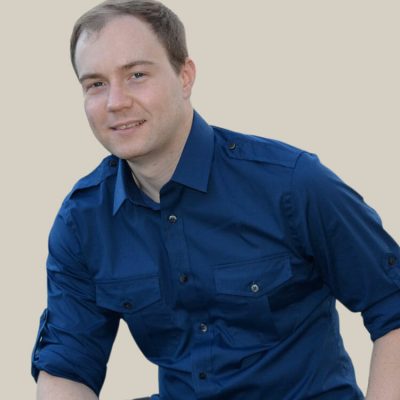 Are you struggling to build an audience with your blog? Perhaps your focus is getting traction for your blog and you haven’t nailed it yet. Wherever you are in your blogging quest our guest, Zac Johnson, is here to help. Zac knows a thing or two about blogging and he’s totally psyched to share his journey with us today on WP Elevation!

Passion is everything [email protected]

Zac is giving away a free blog consultation, where he will tell you exactly what you need to do to ramp up! Just let us know in the comments below what is the #1 thing holding you back from getting started. Zac will be back in a couple of weeks to pick a winner!

Congratulations Nick! Zac has chosen you as the lucky winner of the competition! Thanks for your contribution and keep elevating! (May 2015)

Zac Johnson is an online entrepreneur, affiliate marketer, blogger, author, podcaster, and host of the popular website Blogging.org. Zac made his first dollar online as a teenager, and now has almost 20 years of experience in internet marketing under his belt!

As a kid, Zac always had an entrepreneurial mind and used to sell sodas and baseball cards to his friends at school to make a buck. He discovered the internet as a teenager in 1995, and just one year later made his first money online creating banner ads for people on AOL’s Web Diner site. He would make the ad for a customer and they would send him a dollar…in the mail!

Along the way, Zac found the Amazon affiliate program, and created celebrity websites that generated a ton of traffic. By the time he graduated high school, he was earning a six figure income through affiliate marketing sales!

In 2007 he discovered WordPress. Some friends told him he should start a site to share with the world what he had learned about making money online. That’s when he launched his blog, and later, his private community site on Blogging.org.

Zac says the difference between people who abandon things halfway through and those who succeed is passion…and responsibility. Passion is what keeps you motivated to work hard, and hard work will eventually result in success. And once you succeed, you have a responsibility to help others do the same as well.

Over the years Zac has made millions online, and loves helping others do the same. Today, he speaks at various conferences all over the world, and has also been featured on Fox News and ABC News.

There is much more to this episode with Zac that you don’t want to miss, so be sure to tune in to hear it all!

Please join us in thanking Zac for being with us today, and thanks to you for listening in. We’ll see you next time on WordPress Elevation.

Q: What’s the #1 thing any freelancer needs to know?
A: Stand out from the crowd. Get people’s attention.

Q: What’s the best thing you’ve done to find new customers?
A: I wrote a tutorial on how to make money online.

Q: How do you stop competing on price?
A: If you’re the best, you don’t have to compete on price.

Q: Any tips for writing better proposals?
A: This is not really proposal related, but I would say get people talking about you.

Q: What’s the best way to keep a project and a client on track?
A: Treat it like it’s yours and only yours. Don’t let somebody else own it.

Q: Any ideas for getting referrals from existing customers?
A: It’s all about helping other people. Ask people how you can help. Build connections.

Q: What’s the #1 thing you can do to differentiate yourself?
A: Put yourself out there, provide value, and over deliver. And do something creative.

Zac suggested I interview Shaquille O’Neal. He is Zac’s favorite basketball player, but he’s also an excellent businessman. Shaq, keep your eyes on your Inbox, courtesy of Zac Johnson!

Hint: To enter the competition, leave a comment under this video. Zac wants to know: what is the #1 thing holding you back from getting started?