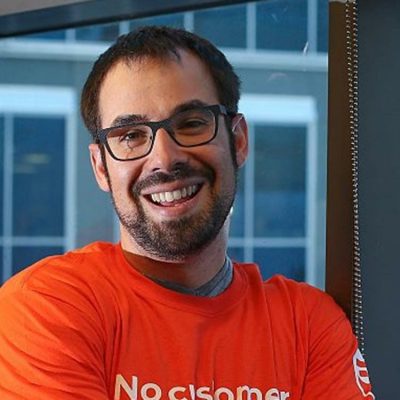 Ever wondered about the benefits of business incubation? Curious to know how to transition your business from a focus on client services to a product company? Join us this week as Ben Fox, co-founder of Sidekick Pro, tells us about his unique experiences starting his business, why his company isn’t in competition with Video User Manuals, and more.

It starts with a solid plan and a focus.- @benjaminefox

Ben is giving away a free business license to Sidekick Pro valued at $2.99/month and 2 site owner licenses valued at $5/month! Want to be one of the lucky three? To enter, leave a comment telling us your greatest fear as an entrepreneur.

Congratulations Jurgen and Jim! Ben has chosen you as the lucky winner of the competition! Thanks for your contribution and keep elevating!

Ben Fox, co-founder of Sidekick Pro, joins the WP Elevation podcast from Toronto, Canada. In the early days he dreamt of becoming an Air Force fighter pilot. However, after a couple roller coaster rides at Canada’s Wonderland, he discovered he had vertigo and turned his attention elsewhere: The Internet.

WordPress was the best of anything out there. @benjaminefox

At 17 Ben pooled together all the money he made as a summer camp counselor and bought his first computer. He joined some online forums where he learned to import clothing from India and sell it at a profit. Eventually, that small business venture was ended after the loophole he used to run it was closed.

That wasn’t the end of his entrepreneurial journey though. Later after being let go from a job, Ben overheard some business owners wanting a web site built. Ben chimed in and said he could do it. He was given a $300 budget and nothing else!

With no website creation training, he jumped into researching the practice. After perusing some options, he found WordPress and created the site. After playing around with some other hosting services after that venture, he gravitated back to WordPress, saying “It was the best of anything out there.”

Eventually he created Sidekick Pro and located it within a business incubation environment. With the support of small business owners, Sidekick Pro blossomed and graduated from this environment to stand on its own two feet. As a team of eight, Sidekick Pro has expanded to accommodate the likes of NYU, providing tutorials for students and staff on some of the steps to set up a blog on the NYU blog site, the goal being to reach even more schools in the next year.

When Ben is not working, he is enjoying a new chapter in his life: being a newlywed. He tied the knot just a couple weeks ago with another entrepreneur. Even though it can get hectic at times, they make time to take advantage of their Netflix account and spend time together. Ben also says he makes a strong effort to get out of the office when he can and tries not to geek out about WordPress to his friends for too long!

Join Ben Fox and the WP Elevation team on today’s show where we look closer at the world of business incubation, Ben’s method of goal-setting, and what keeps him awake at night about the business in this week’s WP Elevation Podcast!

The number one thing I do is foster relationships. @benjaminefox

Q: What’s the #1 thing any freelancer needs to know?
A: That they have value.

Q: What’s the best thing you’ve done to find new customers?
A: Show up at WordCamp.

Q: How do you stop competing on price?
A: Know your value, have an awesome product, and know why your product will benefit the people who will use it.

Q: Any tips for writing better proposals?
A: Have an editor and don’t click “Send” until someone else has read over what you’ve written.

Q: What’s your favorite CRM tool?
A: There is one upcoming CRM tool called Ukuupeople.com that is specifically for WordPress

Q: What’s the best way to keep a project and a client on track?
A: Have a plan and have a system to track that plan.

Q: Any ideas for getting referrals from existing customers?
A: Referrals are all about relationships. If you want referrals, give referrals.

Q: What’s the #1 thing you can do to differentiate yourself?
A: Be yourself.

You can reach out and thank Ben on Twitter at @benjaminefox or @sidekickhelps or on his web site at SideKick Pro.

Ben suggested I interview David Henzel from MaxCDN. David, keep your eyes on your inbox.