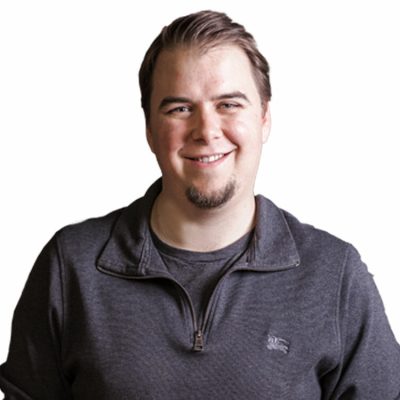 Here to share how to successfully run a design company and build out WordPress products is 3.7 Designs design strategist Ross Johnson. Ross is also the creator of Project Panorama, a client-friendly project communication and project management tool.

Ross is giving away a professional and a single license of Project Panorama. To enter, leave a comment telling us the #1 thing that is killing your productivity in your business.

Update: Congratulations Simon Kelly and Chad Warner! Ross Johnson has chosen both of you as lucky winners! Thanks for your contribution and keep elevating!

If there’s one thing Ross knows it’s design! Even as a child he was interested in the world of design; his father was an architect and Ross loved the world of graphic design. With his father’s influence Ross has always searched for ways to make design practical, solutions-based but still attractive and inviting to the user.

While in high school he considered going into graphic design. The dot com bubble was blowing up, he saw designers with no college degrees being flown to Silicon Valley and making a major splash! However by the time he graduated the dot com bubble burst so he opted to pursue computer science rather than graphic design in college.

After college he began working in IT and found there was an overlap between web design and IT. At that time if you did IT you also were a web designer, so when he had attracted enough freelance clients he began to pursue design again.

We try to be as transparent as possible. @3pointross

In 2006 he saw his first WordPress dashboard. Although it wasn’t love at first he did come back to it a few years and a few evolutions later. The community of users was a big draw for him.

Today Ross and his team at 3.7 Designs in Ann Arbor, Michigan help businesses solve problems through design. His wife is the CEO and he’s the web specialist. In his role on the four-person team Ross wears numerous different hats! He spends about 40% of his day coding, another 10-20% on design and the rest on random admin tasks.

I advocate doing it right vs doing it quick. @3pointross

He also created Project Panorama, something he calls a light-weight and client-friendly project management and project communication tool. Project Panorama is an easier way for clients to get an update on the status of a project, rather than something like Asana or Basecamp.

On this episode of WP Elevation we also talk about what it’s like for Ross to work with his wife Lyndsay, where he sees the business and Project Panorama going in the future and his philosophy for handling important vs. urgent project matters. Check it out on today’s episode!

Reinvest in your business and yourself. @3pointross

Q: What’s the #1 thing any freelancer needs to know?
A: Reinvestment.

Q: How do you stop competing on price?
A: Compete on quality.

Q: Any tips for writing better proposals?
A: Have a section specifically tailored sharing similar projects and clients you’ve worked with.

Q: What’s the best way to keep a project and a client on track?
A: Project Panorama.

Q: Any ideas for getting referrals from existing customers?
A: Ask!

Q: What’s the #1 thing you can do to differentiate yourself?
A: Focus on actually being different.

You can reach out and thank Ross on Twitter, or on his web site for 3.7 Designs or Project Panorama’s web site.

Ross suggested I interview John Hawkins from 9 Seeds in Las Vegas. John, keep your eyes on your inbox.

Hint: to enter the competition, leave a comment below telling us the #1 thing that kills productivity in your business!