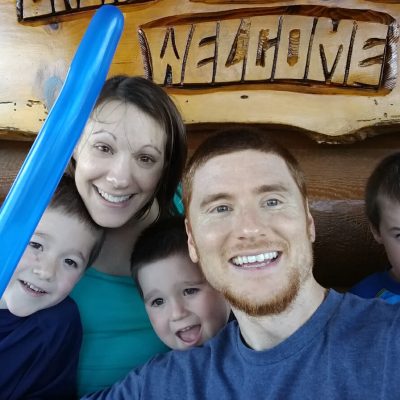 Eric Hamm is the dynamite behind the Dynamik theme, a child theme for Genesis. He’s been reinventing WordPress and re-creating an amazing platform on which you can build websites without needing to build code. He’s here today to talk about what has changed since he began his journey in 2009, how he has evolved his processes and what’s next for Cobalt.

And remember to download Eric’s free checklist at the end of the show notes!

Back in 2009, Eric Hamm got his start with a theme called Frugal. As he continued to teach himself code, he continued to build – first Frugal, then Catalyst Theme, then Dynamik. Eventually, he moved everything over to Genesis.

Since his start, he’s witnessed a lot of big changes and embraced challenges like the demand for responsive design a few years ago, as well as the advent of parent and child themes, among others. In the last year, however, he has witnessed an explosion in page builder plugins. Personally, he’s developed the Beaver extender plugin for Beaver Builder; Eric says it’s so popular because of its compatibility and it’s huge supportive community.

He has also noticed people wanting to do more drag and drop for their websites, and more features are going from backend to front end. Those changes are affecting how themes are coded and how UIs are presented, among other things.

Time is not the enemy! @erichamm on the @wpelevation Podcast

I also asked him how he balances his work time with his family time, especially now with four young sons under the age of 8! Eric explains that with each child, you go through the baby stage – a year or so when you’re not getting sleep. As a result, he takes naps on his office floor a lot! He will do some intense coding for a few hours and then he’ll conk out on the floor for 45 minutes.

Changing gears, we dig into the nitty-gritty of his business and discuss how he supports his licensed customers versus the people in his community who are simply are gathering information.

It helps when people are real and share their baggage. @erichamm on the @wpelevation Podcast

To share what he does today, he explains what has been done in the past. Initially, when he started, there were two things everyone had: your product and your support via a forum. But over time people began shifting to email support and phasing out their forums for a variety of reasons.

One of those reasons is that there is more control over the conversation via email rather than a forum thread. Another reason is the customers’ login information is often needed to provide support, so the person in the forum has to email it anyway. If communication starts via email, it saves some time and hassle.

One of the most impactful decisions he made a few years ago was to move to Help Scout, a popular email support program. Eric says his community was okay with it, but they still wanted a forum to connect with each other – so he reopened the forum. However, he made it clear it was not a space for support but mainly a space for the members to help each other out.

It’s worked out well, and everyone has the best of both worlds: they get the support they need directly from Eric’s team, and they get the camaraderie and connection with each other.

People see consistency over time and respect that. @erichamm on the @wpelevation Podcast

On today’s show, I also asked him how often he reviews customer licensing fees and whether he has had push back from the community. He talks about what happened to WooThemes and what he learned from the pushback they received.

We also discuss: how he has changed his processes and workflows over time; the three things he wished he knew when he started; and what’s next for Cobalt. Listen in for that and more on today’s edition of WP Elevation with Eric Hamm!

Remember to Download Eric’s Checklist below. A great summary of his useful strategies.