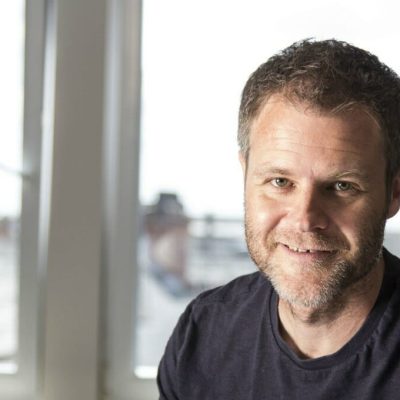 You can’t be a successful entrepreneur without learning to love sleazy sales tactics and marketing yourself like crazy, right? Wrong! It really doesn’t have to be that way.

This week’s guest, Dave Foy is nothing short of an icon in WordPress design circles, and he’s pretty popular with us here at WP Elevation. Despite his humble beginnings as an HTML hobbyist in the late 90s, he’s made a serious name for himself as an instructor with his Design Build Web online courses and YouTube tutorials. Tune in to hear exactly how Dave found his success.

Dave started out as a teacher in his early twenties, mostly teaching primary school kids. He enjoyed the actual teaching part, but he struggled a lot with the bureaucracy in schools, as well as the impermanence. Programs were frequently abandoned and replaced, kids were constantly moving on to new classes, and he hated not being able to see things through until they were finished.

Dave felt a need to actually make things. He wanted to make real finished products that would exist  (well, real online). Products that he could show to people. And he’d had more bureaucracy than he could take. So in 2003 he took a serious leap of faith—a bit of a recurring theme for him—and plunged into the world of web design. With a coding background left over from his days making websites for his band back in the late nineties—a familiar story for a lot of entrepreneurs—Dave was able to upgrade his skills, and he worked successfully as a web designer for around fifteen years.

Things weren’t perfect though, and he found himself returning periodically to teaching. He missed the work, but he still hated the bureaucracy and did several stints as a volunteer and a supply teacher, but ultimately found the problems that had driven him away were just getting worse over time.

Things weren’t so great on the dev side of things either as time went on. Dave found that it was getting hard to find jobs that he was really interested in, and even harder to find jobs he could actually charge enough for. On top of that, he hated marketing, which seemed to be the only way to solve his problems.

So around 2010 he began working with his friend, Gareth, and the two learnt a lot from each other. Gareth was the kind of guy who would learn about new tools and ideas and jump right into implementing them straight away, while Dave tended to weigh his options for a lot longer first.

Their skills complemented each other—and more than that, Dave learned about how taking risks could lead to serious success. He learnt that marketing wasn’t all sleaziness and tricks when it was done right. This partnership set him on the path to his next big move.

Things were going really well, but Dave had an idea around 2015 that he couldn’t ignore: how could he combine his love of teaching and his love of web design in a way that made sense? As you can probably guess, he decided to build WordPress courses. However, starting from zero, all on his own was a real risk. A serious, throw-the-cards-in-the-air, burn-the-ships risk.

Luckily, Dave’s partner Vicki trusted him and his vision. And that’s really what it was – Dave didn’t have a formal business plan with specific targets and numbers; he just had a vision of an audience whose needs he could meet. Armed with that, he dove in.

The heart of Dave’s business model was his email list, and he built it up from there. Inspired in part by Pat Flynn’s book, “Will It Fly?”, he focused on really engaging with his specific audience and finding out how to deliver them what they wanted.

Dave had already identified his specific niche: non-coders who were creative and wanted to learn. He knew that thanks to the advent of new tools like Elementor, making websites was more accessible than it’s ever been and he wanted to empower people to get started.

Where Was the Money Coming From?

Starting a new venture is a big risk for any entrepreneur, but it was especially big for Dave. He hadn’t saved much in advance to prepare for the leap; on the contrary, he and his partner had to seriously skimp on their expenses to make ends meet while things were getting going.

The one ace Dave had up his sleeve was an old, loyal client from his solo dev days, the only one he still worked with, who was effectively willing to pay him a retainer of between 500 and 1000 pounds a month. Even with that, though, Dave and Vicki had to cash out a life insurance policy to get by while Dave made his vision a reality.

Inaction…and Then Lots of Action

The good news was that people were really interested in the Elementor course! Dave got to work on developing it, knowing there was an audience waiting. However, the struggles with his own perfectionism dragged it behind schedule. Then he realised that a lot of people in his target audience actually needed help with WordPress itself, which led him to develop a prerequisite course to deliver some WordPress fundamentals.

Dave planned to knock the course out in two weeks, but it managed to expand into an eight-month process. He did very little marketing work for it, and was dragging his heels a lot on the release, as perfectionists often do…but then he kicked himself into gear, pulling three all-nighters in a row, and managed to hammer out a Black Friday release.

You’ll want to tune in to hear Troy’s jaw drop at the actual sales numbers Dave made on the course after that—but suffice to say they were pretty worth it.

Dave saw his vision—and the investment he’d made into his audience relationships—pay off in a major way, and he’d done it without resorting to the sleazy, grabby marketing tactics he was so averse to. He sees this as serious support for the methods he used and the risks he took—and engaging continuously with his user base is a major part of his formula for success.

Dave plans to streamline and automate his course launch processes with an Evergreen system—and he’s working on a new course on sales funnels that’s coming out later in October. He has high hopes for reaching his audience with a skill he knows they need; just as his No-Stress WordPress course was aimed at web development for non-web-developers, the new course will essentially be marketing for non-marketers.

Beyond that, Dave says the real trouble for him these days is keeping his ideas under control, because he has more right now than he knows what to do with. He’s also making his solo operation a little less solo, having finally brought a few more people on board to support him.