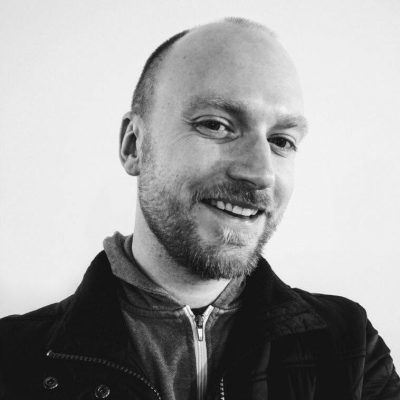 Do you find it hard to admit to those around you that you’re not doing ok? Perhaps even admitting it to yourself if difficult. Today’s guest has been there and come through the other side to tell you his story.

Paul Lacey is the co-founder of The Dickiebirds Studio, which is an award-winning WordPress and UX/UI design and development agency in the UK.

In this episode, Paul talks about his path to finding success and how getting involved with the WordPress community helped him get there. We hear about his latest project – building the Beaver Builder version of Katka by Elementor. And we also discuss the importance of taking care of your mental health whilst running your own business.

Paul’s first experience with WordPress was way back in 2005. He recalls that he tried a few different programs before he landed on WordPress because of its usability and potential. However, he didn’t properly utilise the community until around 2010.

In the last two years, Paul has become even more active within the WordPress community. One of his posts was about how he created a website using GeneratePress. One man commented with what could be called constructive criticism. But that comment led to a creative friendship that blossomed after a WordCamp conference. The man behind the comment? Barna Buxbaum, creator of Katka by Elementor – the beginning of a beautiful friendship!

Barna and Paul began talking, and Barna came up with the idea to build the Beaver Builder twin of Katka. They both loved the idea of the against-the-odds story of a Beaver Builder guy and an Elementor guy working together. Paul compares their relationship to the relationship between Rocky Balboa and the Russian, Ivan Drago in the movie Rocky IV. In the movie, Rocky and Ivan come from very different backgrounds and training styles, but the two end up being incredibly well matched. Rocky even gains the respect of the Russians. Rocky’s famous quote at the end speaks to the ability people have to come together.

There was always drama about which platform was the best builder. This collaboration allowed Paul and Barna to create something that would combine the two communities and improve the possibilities for both Beaver Builder and Elementor fans.

When Paul began seriously devoting time to the Beaver Builder project, he hired a developer named Adrian to work on the complex, responsive design.  One of Adrian’s ideas was to use CSS variables to change the global colours. Paul thought this was a great idea and showed it to some friends in a private Mastermind group.

These friends had contacts at Beaver Builder and told them about Paul’s project. So to his surprise, when Paul reached out to the founders of Beaver Builder at WordCamp London, they already knew about his idea and wanted to hear more!

The idea took off from there. It was from this experience that he realised something that he now gives as advice to people thinking about getting involved in the WordPress community.

“Everyone’s always got something to offer… Whatever you put in you get back 10 times.”

Beaver Builder eventually wanted to hire him to work for them. Paul turned down the offer and instead opted to work with them on a collaborative basis. Paul developed a Beaver Builder agency called Beaver Kit with it’s own branding. Beaver Kit’s products are now going to be included as part of the core in the next release of Beaver Builder.  He tells us that hearing this news was an unbelievable moment for him.

Paul recently started our Blueprint course and tells Troy that he did a great job with WP Elevation’s free webinar that he joined. Paul says that after watching the webinar he was ready to sign up straight away. He had heard a lot of good feedback about WP Elevation within the WordPress community and had wanted to do it for some time, but he was going through a family crises and it wasn’t the right time until now.

Now that he has reformed Dickiebirds Studio and doubled the team to four people, he feels he has more responsibility for the business to succeed and ensure consistent work for everyone under his employ. Paul explains that he is excellent at completing tasks, but not great at coming up with the blueprint to accomplish those tasks. So the blueprint provided by WP Elevation really made it possible for him to push himself and focus on improving.

You get what you pay for

Paul’s family crises that he mentioned earlier were in regard to his eight-year-old daughter’s serious anxiety. His wife had to shut down her successful events company because it became too much to deal with. His daughter is doing much better now, but coming out of it was difficult.

In the midst of it, you deal with it, but when you come out the other end, you realise you’re still in the battle mindset, but there isn’t a battle anymore.

On his 39th birthday in 2017, he was still struggling with his mental health. Paul was watching a WP Elevation video by Mike Killen on the topic of mental health. Right then and there he decided he’d had enough and went to the doctor to get some advice. Paul recognises he only feels comfortable talking about this now because it’s behind him.

In his case, the doctor gave him some good advice and some medication that was able to help him through it. A year later, he is doing much better and because of this, so is his business. The message he wants to get out there is to just look after yourself.

“Take care of yourself, don’t be ashamed to admit things, and just get yourself back on that right track.”

Paul suggests doing outreach projects in the community to accomplish that. He also recommends WP&UP, a charity that works to provide mental health support within the WordPress community.

If you’re interested in watching the webinar which lead Paul to join us here at WP Elevation, click here.