From Freelancer to Starting Your Own Agency with Alex Price 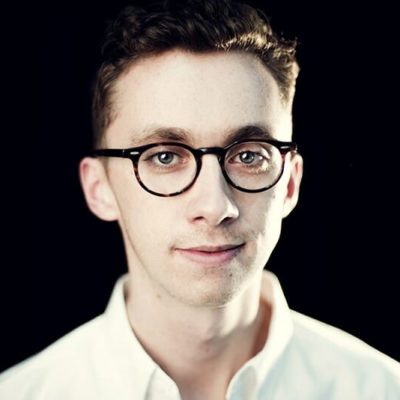 How do you go from dropping out of university and paying bills by doing odd freelance jobs to running an award-winning WordPress development agency? 93Digital founder and managing director, Alex Price, is here to tell us how.

After breaking into the world of freelance development at just 19 years old, Alex has rapidly expanded his one-man WordPress business into a thriving agency in the heart of London, where a team of developers and designers create websites for high-profile clients such as Amnesty International and the University of London. Having built his business from the ground up, you could say he knows a thing or two about scaling.

While it’s safe to say that he didn’t specifically dream of being a WordPress developer as a child, ever since he was young, Alex has valued his independence pretty highly. He was eager to gain financial independence even as a teenager, and that’s how he found his way into web development – something he was good at, he enjoyed, and most importantly, something he could do on his own to earn money.

Alex started out doing small, simple jobs for seven pounds an hour on elance (now Upwork) and other freelancing platforms to gain experience, climbing what he calls “a very slow ladder” from basic jobs to the kinds of five- and six-figure projects his agency tackles now.

In the beginning, Alex tried all kinds of different content management systems, but he found that he kept coming back to WordPress, even at a time when professional WordPress specialisation didn’t really exist. He found he liked it, his clients liked it, and it was on the rise as a platform, and so he decided to make it his specialisation.

Alex says that trying to be all things to everyone can stand in the way of growth for a lot of agencies. The decision to specialise in WordPress early on in his career is a huge part of 93Digital’s growth and success as an agency.

Getting The Right Support

Alex considers himself a marketer almost as much as a developer, and his success in marketing his own work has been key from the very beginning.

93Digital’s tagline is “The London WordPress Agency,” which has actually been with the business from the beginning. Alex didn’t begin to genuinely grow his team until after he won a £21,000 contract about four years ago, using the profits to hire two full-time employees only when he knew he couldn’t handle the workload alone.

Since then, the agency has grown organically with its workload, with a staff of 15 that includes developers, designers and project managers. Alex has since taken the time to put together clear job descriptions for the whole team and has developed an easily accessible knowledge base to keep everyone on the same page. He has learnt not to hire on skillset alone and says that cultural fit and values matter just as much as expertise.

Incredibly, most of 93Digital’s biggest clients, even early on, were just cold leads who filled out the contact form on Alex’s website. They came to him, a success Alex attributes to the website itself, his strong SEO and use of content marketing. Even now, the agency relies heavily on word of mouth and reputation to bring clients to them.

When the clients arrive, Alex and his team use a range of flexible approaches to decide which customers and projects are a good fit. The estimated budget isn’t a major factor, but the type of project and the sense of the client’s character definitely are.

93Digital doesn’t take on just any project. They’re well-positioned enough that Alex and his team have the ability to turn down work that doesn’t interest them, and they do.

“We had the opportunity to probably grow faster than we have, but in my opinion, off the wrong kind of work,” @alxprce says. “I never wanted to build kind of a sweatshop of designers and developers churning stuff out for the sake of it.

One of the biggest challenges of scaling up his agency has been managing ongoing maintenance and site support after projects are complete. Alex says this is where having project managers involved has made a difference, and he has recently had to expand his operations to include a dedicated developer to handle ongoing maintenance and support for existing clients.

Alex stresses that development and maintenance are almost two entirely separate processes, but you need to run them parallel to each other if you want to run an agency. It makes up no more than 15-20% of 93Digital’s revenue, but it’s an essential service to provide for clients.

Here are a few of his tips for making the support aspect of WordPress dev a little smoother:

When asked what advice he’d give to his younger self, Alex says he’d want to back himself more and have confidence that he’d figure out what he was doing. He also wishes he’d had the foresight to keep some kind of diary as he went, so that he’d have an easier time now looking back at the rationale behind all the decisions he made along the way.

All in all, he’s glad he took the business risks he did at such a young age.

Tune in to this episode to hear how Alex uses common values to keep his team focused, how he goes about hiring and his thoughts on Gutenberg. He also talks about where Automattic is taking WordPress in the years to come, and what that means for developers like us.