Joshua Strebel on Pagely’s Origins and Its Future 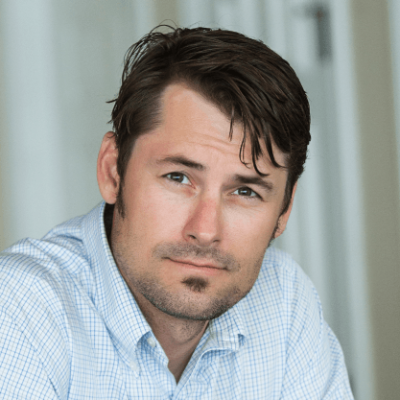 As Pagely moves into a new era with serverless application hosting, CEO and co-founder Joshua Strebel takes a trip down memory lane in this episode of the WP Elevation podcast. He and Troy talk about managed hosting, chasing the top of the stack, using revenge as fuel as well as Joshua’s predictions for the future of WordPress.

Joshua Strebel is the Arizona-based CEO and co-founder of Pagely.

When Pagely was launched ten years ago, it was the very first managed WordPress hosting company. Today, it has 20+ viable competitors and the space is worth $2-3 billion. That said, Pagely continues to set itself apart by positioning itself at the very top of the value chain.

“We’re drastically more expensive than anybody else, but we provide drastically better service and support for our enterprise customers.”

Why Serve the Enterprise Customer? (2:30)

When Pagely first launched, they charged $14.98 a month, which is inexpensive by today’s standards. Back then, though, it was a hard sell what with cheap shared hosting plans going for $3 or $4 a month.

But Joshua knew they were delivering a lot of value and kept up with providing the premium service, performing auto-backups, managing WordPress upgrades, and putting up firewalls.

About three years after that, the market began to fill out. As a result, Joshua knew he had to find a way to differentiate, to position Pagely as an enterprise offering instead of as a lookalike managed hosting company.

The Problem with VC-funded Hosting Companies (5:00)

He attributes this surge in lookalikes to the companies who entered the space thanks to venture capital funding. He explains why it is these VC-funded hosting providers couldn’t compete with Pagely:

“With a normal company, you value your customers and your product. You really focus on building that relationship and sustaining that brand. With VC, though, it’s scale, scale, scale. It shifts the focus of a company.”

So, unlike the VC competitors who burn through loads of cash, quickly expand their teams, and solely focus on scaling, Pagely has taken a different path. One where their number-one focus is on serving their customers with a company and product they’re proud of. It’s all about value.

As for how managed WordPress hosting even came to be, the story starts back in 2003.

Joshua and his wife Sally, the other co-founder of Pagely, had just married. They took what remained of their wedding money after the honeymoon and put it towards incorporating a web design company.

For about six years, that’s what they did. They built websites in Dreamweaver and Adobe PhotoShop, eventually finding their way into WordPress around version 1.2.

In the early days, they were building websites for $500 a pop. In order to be profitable, they moved upstream and began charging between $5k and $10k per website. But Sally wanted them to figure out how to serve all customers, even the low-end ones.

That’s when Pagely’s now-CTO Josh Eichorn came up with a prototype for Flare9, a website that presented customers with theme thumbnails. They’d choose the one they wanted, input their credit card information and then get a hosted WordPress website on the other side. The only problem was, they didn’t know how to market the product.

When the economy crashed, Joshua got an idea for something new, something that would help them generate recurring revenue. So, they took the old code base from Flare9, cleaned it up, and added new features like domain registration, email hosting, and auto backups. And that’s how Pagely came to be.

Today, the Pagely team stands at around 40 people. In order to get everyone interested in and excited about what they’re doing, Joshua makes sure there’s always talking about it.

As his friend Alex King advised:

“As much effort as you spend externally marketing your product or service, you need to 2x that effort internally, marketing and evangelising your mission and values.”

This is especially important when you have a 100% remote team like Pagely does.

One of the ways Joshua keeps everyone on board with the mission and in the know with what’s going on at the company is with a weekly all-hands Zoom meeting. The department heads run individuals standups with their teams. And they use Slack to fill in the gaps.

As Joshua and the Pagely team look for new ways to innovate, they took a look at the direction WordPress is going for guidance.

“Where do we need to be as a company to be viable in five years?”

As Joshua and his CTO discussed how WordPress is evolving and the content management marketplace is changing, NorthStack was born.

NorthStack, now in beta, is managed serverless application hosting for WordPress, Laravel, Node, static sites, and headless WordPress. With metered billing, customers are only charged what they use each month, which also makes it infinitely scalable.

Because Pagely was built as a managed solution for WordPress, Joshua is right to want to safeguard his company against WordPress’s waning relevance. Even if WordPress doesn’t fade away (though he suspects themes will), he does believe that WordPress businesses need to follow the evolution of the platform.

There’s a lot to unpack from Pagely’s story. But one especially important lesson to take away is this:

If you want to stand out from the competition (better yet, beat the competition), you need to know how to read the market. Then, create a product that’s truly valuable.

That said, if you want to be able to provide a premium offering and for an upscale audience as Pagely does, you need to set your prices accordingly. This free tutorial will teach you how.

You can reach out and thank Joshua Strebel on Twitter.