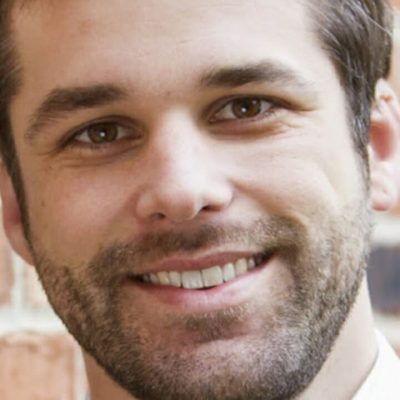 If you were about to be first to market a new plugin and found out a major player was about to do the same, what would you do? Would you see the competition as validation of your plugin, or would you throw in the towel?

Our guest for today’s WP Elevation Podcast chose the former, and has found great success as a result! Justin Ferriman of LearnDash joins us to talk about where his idea for the first LMS plugin came from, what it was like to find out WooThemes was doing the same, and more.

This episode was filmed in front of a live audience at our Mastermind event in Philadelphia just before WordCamp US, 2016.

Justin Ferriman is a passionate expert on all things e-learning. He made his bones early on as an e-learning consultant setting up global training programs and services for Fortune 500 companies. WordPress had always been a hobby on the side until one day a typical conversation changed all of that.

Acting on inspiration, he set up a blog and started writing about the concept and his idea.

He also set up an email form so people could opt in if they wanted to learn more. He kept the blog going, writing about his favorite topics of WordPress, learning management and e-learning. There was great interest in his plugin idea so he talked it over with his wife, and they decided to give it a shot.

If you are all work, all the time then there's not much else @JustinFerriman

He went through the process of having the plugin developed by another company, as neither of them are developers. Ten months later, in January of 2013, after doing extensive market research, they pulled the trigger and released LearnDash. It had taken about four months before Justin left his consulting work to focus on LearnDash full-time.

On this episode of the WP Elevation podcast, Justin discusses whether or not he was concerned about going into the plugin space as a non-coder, what their initial concerns were with creating and operating LearnDash, as well as the biggest challenges he’s faced over the last three years.

But You’re Not a Coder!

On the topic of being a non-coder, Justin says he wasn’t concerned too much about not being a coder and going into the plugin space. His work as a consultant was about creating e-learning for very technical things. He had to work with technical developers and translate their work for the end user, so he was used to technical topics, creating wireframes, etc.

However he did have other concerns, the main ones being who was going to build this? Is there any competition and how do we compete if there is?

They settled the coding and building concerns easily, but the competition did show up and in a big way. While they were developing LearnDash, Woo Themes announced they were going to create a learning theme. A month later they made the announcement they were building a plugin!

Although it was scary (the company is one of the biggest names in the industry!), Justin also saw it as validation of his concept and idea for LearnDash. So when Woo Themes launched their plugin, LearnDash was released a week later.

And they are glad they did!

LearnDash has become a mainstay in the marketplace, helping small to medium-sized businesses with their e-learning needs. And we are one of those businesses who love their plugin. One of the reasons I invited Justin on the show is because we love it!

We talk about how we found LearnDash on today’s show and why it’s been so beneficial for us. Finally, Justin answers some listeners’ questions.

Check out this episode of WP Elevation for all of that and more. So much goodness in one sweet episode!

If you can't pass the radio test scrap the name! @JustinFerriman