Business Growth and the Power of Partnership with Larry Kim 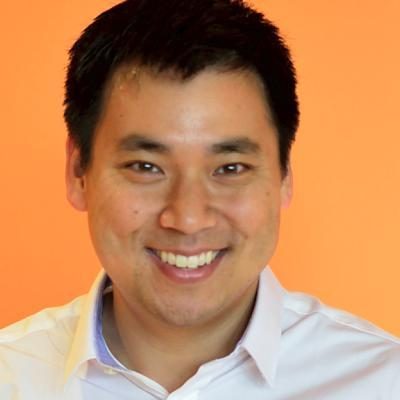 This episode of the WP Elevation podcast features Larry Kim, who recently sold his first company for a not-so-small sum of $150 million. He is now in the early stages of building a new company called MobileMonkey, so there’s no better time to pick his brain about business growth.

Canadian-born, but now residing in Boston, Larry Kim is most well-known for starting a company called WordStream.

He left the world’s largest pay-per-click advertising software company, 300 employees and millions of users last July after selling the company to Gannett for $150 million.

He’s now charging full-steam ahead with his latest venture, called MobileMonkey. As of this interview, it is the fastest growing Facebook Messenger marketing platform — and it reached this height in only a year’s time.

Larry Kim was not a marketing or advertising pro before he launched his first company. In fact, he had a degree in electrical engineering and had worked as a software engineer for years before WordStream.

So, as he considered his options for scaling his search marketing business, he asked:

“What if I sold software instead of hiring more consultants?”

Thinking of ways to scale your own business?

Sign up for this free online training. You’ll learn how to command better fees and attract higher-quality clients in the process. 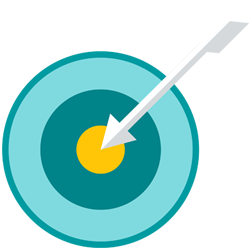 How did Larry happen to grow WordStream to a company worth $150 million and with 300 employees without driving himself crazy?

“You have to have really good lieutenants.”

In other words, if you’re thinking about doing some serious scaling of your WordPress business, look at your managers. Can you trust them to be strong leaders of your operation? Or do you just have a bunch of grunt workers who say “yes” and “no” and wait for your command?

The Importance of Vision and Values (9:55)

Larry says that business owners who intend on hiring others can’t afford to wait on creating a vision or values for their company. As he explains in the podcast, the vision and values are what inspire others to join you, even if you can’t pay them well and your client list is measly to start.

Without a strong vision, you have no chance of attracting the right people to join you. #startup

Staying Motivated Even When Times Get Tough (13:35)

Larry admits that the first few years were tough going. But he found motivation in two things:

These are the kinds of things that could just as well motivate you as a WordPress consultant. You struck out on your own and the last thing you want is to have to crawl back to that terrible job or unsupportive coworkers and say, “I failed”. Nor do you want your clients to look at you and say, “You suck.”

It’s pretty incredible how much the weight of what you’re doing can propel you through even the greatest of struggles.

Despite having already gone through quite a journey with WordStream, Larry is more than ready to take on his latest business venture with MobileMonkey (and its WordPress plugin counterpart WP-Chatbot). It seems as though he’s found another groundbreaking channel to step into:

According to Larry, this doesn’t make sense. Messaging open rates are, on average, between 70-80% and click-through rates around 20%. This far exceeds what businesses will see with email.

Plus, Facebook Messenger marketing allows you to be more dynamic. You can chat back-and-forth with others, run surveys, get people to sign up for events and even qualify leads through it.

Larry doesn’t see much overlap between the growth of his first business and now his second since the tactics have changed significantly (as have the costs) over the last ten years.

That said, he does believe that brand marketing is something he takes more seriously now than he did in the past.

While brand marketing is something he can certainly leverage as the man who built WordStream out of a local bakery ten years ago, that’s not the case for many WordPress consultants just starting out.

Here are some of the tips he gives to anyone whose business is new that wants to establish a strong brand reputation from Day 1:

“Make it so that people know and love your company and understand what it stands for.”

“Different people have different skills. What’s very important is that you execute remarkably well within one or two channels.” (In other words, it doesn’t pay to be a Jack of all trades.)

“Be very intentional about the message you’re promoting and be consistent in terms of guarantee and key selling points.”

Should You Leverage Partnerships? (28:25)

Since launching MobileMonkey, Larry has been working on bootstrapping a new list of leads and customers — and he’s used partner marketing to make huge strides in his efforts.

Larry’s partnered with companies such as Buffer and Hubspot and does about a dozen online events every month. In doing so, he’s been able to get in front of his partners’ audiences and exponentially grow his list.

Even if hosting webinars, live streams or being a part of online summits isn’t in your wheelhouse, there are other ways to leverage partnerships — like through guest blogging.

It’s pretty encouraging to see someone as successful as Larry Kim willing to undergo those early business growth stages again for the sake of getting a new (but much-needed concept) out into the world.

If you ever feel as though your struggles are unique or like you’re not going to be able to get past them, don’t give up. Chances are good that there are others who’ve been in your position before and are willing to speak up and give you a hand. The Digital Mavericks Facebook group is the perfect place to find those partners to help support and strengthen your business growth efforts.

You can reach out and thank Larry Kim on the MobileMonkey website.