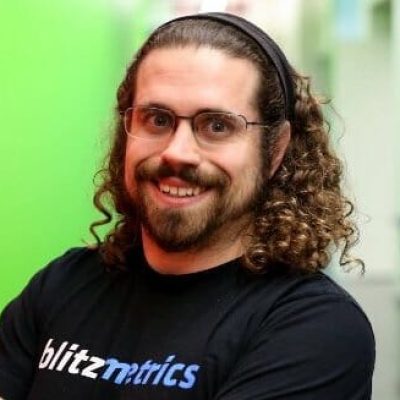 In Part 1 of his email marketing masterclass on the WP Elevation podcast, Paul Sokol talked about campaign planning and automation. In today’s episode, he dives into Part 2 and the subject of email list hygiene and how to use InfusionSoft to increase your audience engagement.

Follow along as Paul demonstrates various strategies for assessing the health of your list and using email to build better relationships with the people on it:

Paul Sokol on the Vanity of Email Lists (:50)

To start, Paul summarises list hygiene as the various things you can do to stay in touch with your email lists and maintain a good relationship with the people on them. And here’s why that matters:

“Having a list of a million people that don’t really care what you got going on is way worse than a list of 100 rabid fans that are going to buy anything you release.”

This is why Paul advises people to look past the vanity of having a big email list.

He likens an email list to a tree. It’s inevitable that some leaves are going to fall off. But he takes it a step further and suggests that you should be willing to shake the tree yourself and shed it of the dead leaves that don’t belong.

If you look at it that way, the prospect of deleting contacts from your list becomes less of a scary thing. (It’s honestly no different than getting rid of bad clients.)

As Paul explains it, each business has different kinds of relationships with the people on their list. And it’s because of this that you’re going to need to evaluate your list hygiene on an individual level.

Even more than that, you have to consider the way people engage with your emails, too. For instance:

When assessing the relationship you have with a subscriber through email and what to do with them next, take a look at their individual story.

There’s a lot that Paul covers in this masterclass, so I’m going to briefly touch on the high-level metrics covered in the podcast. If you want to watch Paul work in Infusionsoft to pull the reports and talk through how they relate to list hygiene, watch the video above.

Your goal in sending emails is for people to open them, read them and click. But what happens when they don’t even get past the open part?

This is where the Email Status Search report comes into play.

Paul explains that there are different ways Infusionsoft can flag subscribers’ statuses. There’s the hard bounce, reported spam, opt-out, deactivated delinquent mailbox and so on. As you review the individual’s status on your list, think about why they were flagged and how it makes the most sense to try to re-engage them (if at all possible).

For example, let’s say someone was flagged as a hard bounce. However, you know they’re a paying customer. That means you can contact them directly through another channel like a phone call or text to find out what’s up.

A warm lead you don’t have that kind of relationship with, however, would require you to look for other ways to re-engage. Like adding them to a custom audience to retarget with Facebook ads.

Next, Paul looks at the Unsubscribe report. This is useful for a number of reasons.

The first is that it gives you direction when cleaning up your list.

Unsubscribes are people who have indicated that they no longer want to hear from you. However, Paul doesn’t recommend removing them from your database entirely. Instead, he suggests adding them to a custom audience where you can try to re-engage them through ads, text messages or direct mailings. You never know which of your offers may attract them back to your list.

Then, there’s the feedback you receive from those who’ve unsubscribed.

Are your emails too long? Are your topics no longer relevant? Did they switch to another provider? Schedule time quarterly to review your unsubscribers’ feedback and see if there’s anything you can do to improve subscription and engagement rates with your list.

Although it’s a major win when you can get a large percentage of your list to open your emails, it’s their follow-through with clicks that really matters.

What he suggests is that you start with your most engaged fans, the ones with a click-through rate (CTR) of over 30%. Then, find a way to reward them for being engaged with your emails.

“Don’t neglect the people who are engaged.” Paul Sokol (@voyicks) on why list hygiene is about more than just hitting the “Delete” button.

Then, you can turn your attention to the weakest subscribers, the ones with a 5% or lower engagement rate. Put them into a separate campaign and try to re-engage them another way (like with a lead magnet).

With Infusionsoft, Paul demonstrates a number of ways to automate some of this list hygiene work.

For the most part, he focuses on how to create triggers that will take care of reaching out to people labelled as “unengaged” but still “marketable”. These are the people who have either confirmed or unconfirmed their subscription but have not yet taken any action to remove themselves from the list.

Just remember that this shouldn’t be a never-ending cycle of, “Hey, we haven’t seen you engage for a while” messages. There’s a limit to how long and how much you can badger the unengaged subscriber.

According to Paul, that limit is three emails.

He says that you should send an email once they reach that “unengaged” status. Then, a couple of days later, send out a second. Wait two to three weeks before sending your final, “Hey, we sent you a few emails. If you’re not interested, we’re going to take you off of the list.”

In the last few minutes of the podcast, Paul shows us something really cool. It’s his automated process for increasing email open rates and overall subscriber engagement.

Basically, he sends out the same exact email three times to his list. The only difference is the subject line.

You obviously don’t want to annoy the subscribers who already opened the email, so the trick is to program the automation to stop sending follow-ups once someone has engaged. Everyone else continues to receive those identical emails until they open one of them up or the campaign ends.

There is definitely a lot to take in with this list hygiene masterclass, so feel free to bookmark this page and hold onto it for future reference.

And if you’re nervous that your list is just too small to even be worried about list hygiene, that’s alright! Your focus just needs to be on other pressing matters, like how to grow your business and connect with more people who want to hear from you.

If you want to learn the secret to doing that, sign up for this free webinar where Troy will teach you how to attract better clients, charge higher fees and build more trust around your business.

You can reach out and thank Paul Sokol on Facebook.