Mike Michalowicz and the Importance of Putting Profit First 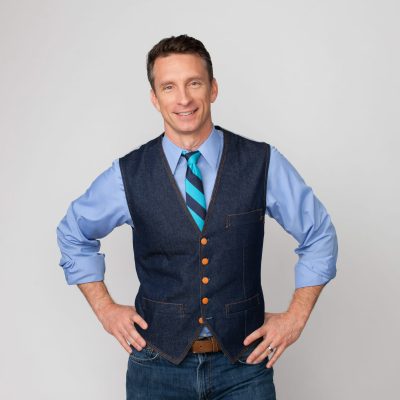 When making the decision to launch a new business, you understand that you’re taking a big risk in doing so. Mistakes will inevitably be made along the way, but you hope your enterprise will be profitable before long. The reason why so many business owners fail to achieve this goal, however, is because they haven’t made profitability a priority, according to Mike Michalowicz.

This special episode of the WP Elevation podcast comes from a conversation I had with Mike, the author of Profit First: Transform Your Business from a Cash-Eating Monster to a Money-Making Machine. Originally, this was recorded for WP Elevation members only. However, because this concept of “profit first” is such a valuable one for WordPress professionals to learn, I wanted to open this up to all of our readers.

The recording above is a lengthy one, but I’ll try to do it justice by summarising the essential bits for you here. Be sure to watch it in full as Mike not only digs into his history as an entrepreneur but also tells the story of what motivated him to begin writing books about profit. I suspect many of you will have experienced similar lessons of your own at some point.

Money matters a great deal in the grand scheme of success… so why do many business owners handle it so poorly?

Take Mike, for example. Over the course of his career as an entrepreneur, he owned and sold over a dozen businesses. His first two sales netted him a good profit, but he let his arrogance and ignorance dictate his next moves… which ultimately led to his downfall.

“I thought I was God’s gift to entrepreneurship and became a dick.”

As a result, he lost everything after 10 new businesses he hastily launched as an Angel investor all collapsed.

How Insomnia Inspired a New Start

After informing his family that he’d lost everything, he sank into a dark period where depression, drinking and insomnia became a part of his daily routine.

However, it was a late-night fitness program on a local public broadcasting station that inspired a major turnaround.

As he listened to the fitness guru talk about how to develop a strategy that works, he realised how similar physical fitness and fiscal fitness are. Unlike what we’re often taught about having to make major shifts in order to see any gains, this fitness guru spouted a whole new mindset and approach entirely:

During our chat, Mike referenced Switch: How to Change Things When Change Is Hard, a book written by Chip and Dan Heath. In it, they explain how one experiment proved that lowering the bar can actually help people reach their goals as opposed to keeping the bar unrealistically and unattainably high.

With 83% of businesses failing to achieve profitability, Mike similarly works on helping entrepreneurs to readjust their mindset in order to turn that around.

Mike tells us that the main reason why businesses fail is that entrepreneurs don’t prioritise profitability.

This is the formula many business owners use to assess their fiscal health:

But this leaves them focused on how much money they’re spending. How much sales outreach to do. How much time to commit to marketing. How many shiny new software subscriptions to buy. Without a laser-trained focus on profit–which some will leave until the end of the year to review–it’s easy to lose sight of the health of one’s business.

This is why the formula needs to be:

If you’re willing to put your profits first, you’ll also be more willing to commit to actions that make them change for the better.

Income: This is the revenue your business generates. You are never to “eat” directly from this account. Always dole out the correct percentages to the accounts below–and in the order in which they appear. You’ll then draw from them for those express purposes.

Profit: This is the percentage of the money you set aside as a “reward” for taking the risk to launch and successfully manage your business. Never use this to pay for your personal expenses.

Owner’s comp: This is the percentage of the money you pay yourself as a salary. It is what will fund your lifestyle, so calculate this correctly.

Tax: Everyone owes money to the government at some point in the year. Create a dedicated account where you set aside the correct percentage. And keep it safe!

OpEx: You may not have many operating expenses as a WordPress consultant, but they still must factor into the equation. Allocate a percentage of your income that should go to this.

Why does any of this matter? If you have enough in your bank account to cover your living expenses and take the occasional vacation, doesn’t that make your business profitable?

Here’s the truth: you might be able to get by with that mentality, but it won’t be enough. As Mike said:

“We feel that we need to be struggling.”

But that’s erroneous thinking on our part. Customers want to work with stable businesses that will be around for the long haul. If you’re not taking care of your fiscal health and sustaining high levels of profitability (and not just eking by), how can you expect to take care of anyone else?

For those of you who aren’t sure you have what it takes to run a profit first business, take a look at Profit First Professionals. Mike and his team of accountants, bookkeepers and coaches guide business owners like yourselves towards healthier profitability.

Even if you decide you don’t need a trainer, I would implore you to pick up a copy of his book. I’ve used it in my own mission to improve WP Elevation (as well as myself) and believe the lessons contained within it are invaluable.