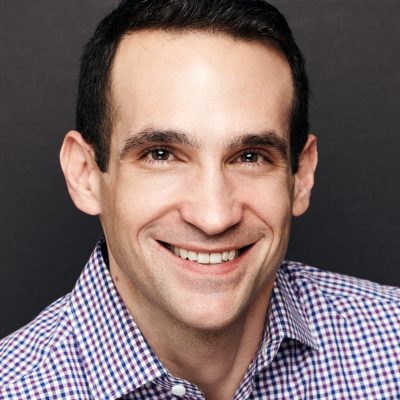 Indistractible: How to Control Your Attention and Choose Your Life

Have you ever thought about how much more productive you’d be or how much money you could make if only you kept your hands off of your phone or your mind from wondering what’s happening on Facebook? In this episode of the Agency Mavericks podcast, Nir Eyal talks about the research he’s done on the psychology of habit-forming products, what he’s learned about overcoming distractions and the books he’s written to capture both of these ideas.

Have you ever thought about how much more productive you’d be or how much money you could make if only you kept your hands off of your phone or your mind from wondering what’s happening on Facebook? In this episode of the WP Elevation podcast, Nir Eyal talks about the research he’s done on the psychology of habit-forming products, what he’s learned about overcoming distractions and the books he’s written to capture both of these ideas.

Nir Eyal is a Manhattan-based entrepreneur and angel investor who’s had a fascinating career.

In 2006, he started his first company which dealt in solar energy products. However, when he got accepted to Stanford University, he decided to sell it to a private equity firm to pursue his studies instead.

Later, a fascination with the ability to sell digital products led him to launch a new company in the gaming and advertising spaces. And that’s when he decided to start researching the psychology related to how we use products.

From Entrepreneur to Author (6:25)

While running his second company, Nir began to wonder what it was that made some companies succeed overnight and others completely fail.

In 2012, he formed the following hypothesis:

In other words, if your users don’t remember your product, and you no longer have the real estate to call them to action, then you might as well not exist.

Using this hypothesis, he set out to build a habit-forming product of his own. The only problem was that he couldn’t find any books that had been written on the subject.

To be clear, Nir hadn’t set out to write what became Hooked: How to Build Habit-Forming Products. He simply wanted to collect all the insights he’d gathered.

However, what he compiled and published to his blog caught the attention of a former Stanford professor, who invited him to teach a class with him about it — which he did for years. It was the course curriculum that eventually laid the foundation for the book, which he initially self-published. And once the positive reviews began to come in, it caught the attention of publishers.

“I wrote a book because I wanted the answers. Not to get rich”

The Psychology of Habit-forming Products (12:30)

So, what exactly is Hooked about?

Well, it explores how apps like Facebook, Slack and Salesforce have created such engaging experiences that people can’t help but return to. But it goes much deeper than that.

Nir examines how consumer preferences and tastes are shaped. And how companies that effectively capture the monopoly of the mind with their products can put up huge barriers to anyone else who tries to compete against them.

“At the core of all these products is a bit of mystery, a bit of uncertainty.”

He says there are two ways in which companies make products habit-forming.

Essentially, there needs to be a balance between control and variability. However, that variability must never disappear. Because with it goes your consumers’ engagement and interest.

Indistractible: How to Control Your Attention and Choose Your Life now sets out to deal with an opposing problem:

Some tech is so good, so persuasive and so pervasive that we struggle to do what we say we’re going to do. So, how do we overcome these distractions?

He urges people to take this matter very seriously now as it’s only about to get worse.

The Psychology of Distraction (25:00)

Nir explains this new model as a simple horizontal line.

On one end, you have traction — the behaviours that pull you towards what you want in life.

On the other end, you have distraction — the behaviours that pull you away from what you want.

But he stresses that distractions aren’t inherently bad. They’re only a problem when they keep you from doing something you had intended to do.

As for what moves the needle towards traction or distraction, Nir says there are external and internal triggers.

External triggers are the pings, dings and rings that call us to action. But sometimes they can be for good, like a notification reminding you to workout.

“All human behaviour is motivated by one thing: pain.” @nireyal discusses his new book and how we need to become masters of our distractions before it’s too late.

Nir says that it’s our internal triggers that are the trickiest to escape because we must first recognise what the source of our emotional discomfort is.

How to Master Distraction and Make Tech Work for You (33:30)

There are two ways to handle your internal triggers. You can either fix the source of discomfort or learn healthier ways to cope with it.

But don’t expect Indistractible to tell you that meditation is the solution.

“The fact is, there are a lot of problems that we can fix if we just stop meditating and go fix the f***ing problem.”

Nir says that we’re designed for dissatisfaction and that, many times, it’s our workplace that can be placed for the distractions we use as an emotional escape. In this book, he’s going to explain how people can actively fix their underlying discomfort — in any scenario — and ultimately overcome harmful distraction.

Indistractible goes on sale in the U.S. on September 10. However, if you’re eager to get your copy now, you can ask Nir to send you the downloadable PDF of it today. Just go to the Nir & Far website and ask him to email you a copy so you can learn how to keep distractions from standing in your way of greater productivity and success.

You can reach out and thank Nir on the Nir & Far website.