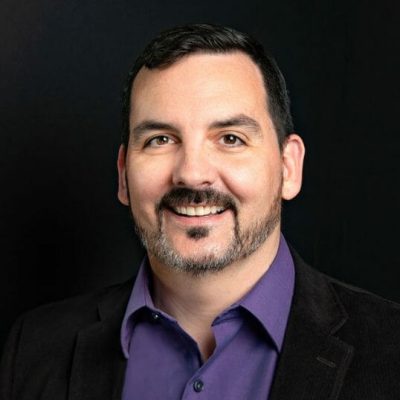 If you’ve been on the fence about WP Elevation, there’s no better way to get off it than by hearing a first-hand account of what it’s like. In this episode of the WP Elevation podcast, Noah Britton talks about his business before and after WP Elevation, and how better processes and a change in mindset helped him cut his client list in half while tripling his revenue.

This is his success story.

Noah Britton is a Seattle-based owner of Thrive, a WordPress consulting agency that’s been around since 2002. That said, the first 15 years Noah was in business looked completely different from the last 2.

What It Was Like to Run a Business Before WP Elevation (2:15)

Noah found himself at the end of his rope after purchasing a second WordPress company from a friend of his. At the time, he was charging, on average, $3,300 for web development.

While the influx of new clients should’ve meant more revenue, he wasn’t charging enough. And because his rates were too low, he had to work 14-hour days in order to compensate. As you can imagine, this led to a lot of frustration and exhaustion.

It was through a Facebook ad for a proposal template that Noah found WP Elevation. He downloaded the free template and suddenly realised how weak his own system and processes were. Two days later, he signed up for the Blueprint.

Getting Back on the Right Track with the Blueprint (5:15)

Even though the Blueprint was a lot of work, Noah was excited to dig into it now that he finally had some guidance. And one of his biggest takeaways during the 6-week program was this:

I realised I needed to let go of many of the clients I was trying to help. — Noah Britton on how he was able to earn more money with fewer clients. @wpelevation

Shedding low-hanging fruit isn’t generally too difficult, especially when they pay you pennies. However, Noah dug deeper. Just three months ago he let go of one of his top five clients. Although they’d spent $40,000 with him in a year’s time, they were a constant source of frustration and stress.

Once Noah made the call to let them go, though, he instantly felt better.

“I’m more profitable with 57 clients than with 134. I got rid of all the tire kickers and time wasters and people that didn’t really want to invest in their business and do something.”

That alone is an inspirational enough success story. But it doesn’t stop there.

With his business and client list getting the cleanup it deserved, Noah began to enjoy the other benefits of WP Elevation membership.

The community, in particular, has stood out as a valuable resource. From it, Noah gets:

Noah has also attended some of WP Elevation’s live events where he’s reaped even more benefits from connecting with the community.

Going through the Blueprint wasn’t just about giving Noah better processes to work with. It was about helping him shift his mindset and approach work in a whole new way.

These days, Noah has trained himself to put the distractions aside. That means no Facebook, no video games, and nothing else that might prevent him from accomplishing his three main tasks for the day. They’re not necessarily big tasks, but they’re essential to keeping his business moving in the right direction (like cold calling clients).

Also, by getting a head start on important tasks first thing, it sets a good pace for the day, keeping him productive and agile throughout the workday.

Before WP Elevation, he was earning about $3,300 for websites. As soon as he finished the Blueprint, though, his average earnings shot up to $10,991.

Part of the reason for this major revenue growth was due to process improvement. By working with high-quality designers and developers, and utilising a foolproof process, the overall quality of websites went up.

And Speaking of Processes…

Noah explains how valuable established processes have been for him. When it comes to prospecting, in particular, the process he adopted from the Blueprint has helped both him and prospective clients feel more comfortable. That’s because there are no surprises about what lies ahead.

There’s a 15-minute call. An intake form. A Go Wide Go Deep discovery session. A proposal is sent and reviewed on a call. Then the client submits a 50% deposit upfront.

The predictability and thoroughness of Noah’s new process isn’t just valuable because of how at ease he feels with it. It’s also allowed him to weed out bad clients by the second phone call.

Want to Have Your Own WP Elevation Success Story? (25:30)

In the last few minutes of this episode, Noah talks about the loneliness he felt and how afraid he was to ask for help before joining WP Elevation. And although he’d discovered the proposal template and was considering giving it a go, it wasn’t until a friend shared her own success story from WP Elevation that he realised he needed to do it.

If you’re in a similar spot and wondering if this is worth the investment, the first thing to do is listen to a few more stories on this podcast. You’ll see that everyone comes from a similar place and ends up making huge strides — TOGETHER. (If you’re looking for one that’ll really knock your socks off, start with Jasmine Andrew’s story.)

Then, sign up for this free webinar. In it, you’ll learn how to attract better clients and bring more money and happiness into your business.

You can reach out and thank Noah Britton on the Thrive website.