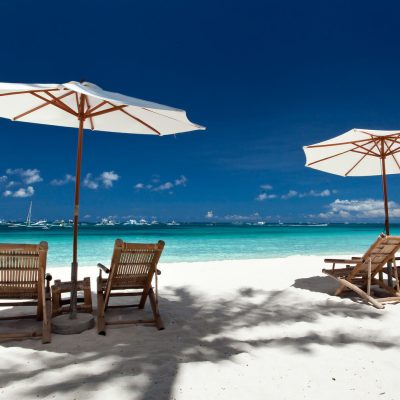 Episode #101
How I stopped trading time for money and re-gained my freedom. @TroyDean

In this series of 5 Podcasts, I’m going to show you how I went from unemployable university dropout to building a successful online business with recurring revenue. And I promise, no horse shit.

By the way, the photo above is of Boracay in the Philippines. It regularly gets voted in the top ten best beaches and best islands in the world. I’ve been to Boracay and can vouch for it. It is spectacular.

Part 1: How I Built a Six-Figure Recurring Revenue Business

Yes, I am a university dropout.

Yes, I have created well over $1 million in recurring revenue through selling courses on the Internet. I don’t have a boss, and I can work whenever and wherever I choose. I consider myself very fortunate to have the lifestyle I have.

I would like to help you build some recurring revenue in your business, so you have more choices in life.

We’ll get to that, I promise.

However, first I am going to give you a brief history, so you have some context. Stay with me, because the details in this story reveal how I came to be an online entrepreneur.

I grew up in the working class northern suburbs of South Australia and went to a very average public school where most of the teachers wanted to be there even less than us students. A handful of my teachers was fabulous. Some were depressed alcoholics. I hated school. I barely passed my final year with a score of 65/100 and went on to university to get a Bachelor of Educational Theatre.

What I wanted was to be an actor. However, nobody thought that was possible, so I was convinced to become a drama teacher. I lasted eight months and dropped out. The following year, I moved to Melbourne to pursue my dreams of becoming a rock star. I supported myself by working as a travelling sales rep selling hair care products to hair salons. This is all a true story.

When I was 26, I had a meltdown. I was miserable and couldn’t work out why. A friend told me to change one thing in my life at a time until I figured out what it was that was making me unhappy.

Within a week I had quit my job, left my girlfriend, quit the band I was playing in and moved into a one-bedroom flat in St Kilda, a very colourful inner city suburb of Melbourne. I was surrounded by sex workers, homeless people and drug addicts. And it turned out one of my heroes at the time, the lead singer in a local glam pop band, lived above me.

I had about $6,000 in my bank account, which I burned through pretty quickly. I borrowed money from my folks to pay the rent and had no idea how I was going to survive or get happy. The bathroom and my walk-in wardrobe were damp and mouldy. Today, I can reflect on this time of my life and honestly say it was the moment I hit rock bottom.

I need to drive the bus

I learned one very important lesson that would serve me very well: I was highly unemployable. @TroyDean

I hated authority, and in all my previous jobs (mainly travelling sales work), I was convinced that I could find a better way of doing things and that everyone around me was an idiot – and trapped. Of course, I was young and naive, and I had a lot to learn.

To pay the bills, I managed to talk myself into a gig as a contractor teaching corporates how to use Microsoft Office products. It was horrible – partially because Microsoft Office products rarely behave the way they are supposed to according to the training manuals, and partially because the dodgy bloke I was contracting for was terrible at paying his bills on time.

However, it forced me to register my first business name, learn how create an invoice, and get my head around the basics of running my own business (it also taught me how to hire a debt collector and threaten somebody with bankruptcy in the small claims tribunal, a skill I have thankfully never had to use again).

I photocopied and framed the first ever cheque I received in my business name. It was for $1,700.

The skanky box I lived in happened to be about 100 metres down the road from a well-known commercial radio network in Melbourne. One of the on-air DJs lived in the same block of flats as I did, and we got chatting in the car park one day. Long story short, he put me in touch with one of the creative writers at the radio station, and they started training me as a voiceover artist. You know, somebody who reads the commercials for radio and television.

This was a huge turning point for me, as it turns out I’m quite good at reading the commercials, and this kind of work pays pretty well and doesn’t require a lot of time.

So I was earning enough money to survive, and I had quite a bit of spare time on my hands – a dangerous combination.

I used, this time, to discover that the Internet was a very powerful business tool, and my mind was opened to the possibilities all these new connections the internet afforded me.

It was 2001, and little did I know that my journey as an entrepreneur was just beginning.

In the next chapter, I’ll reveal how I made my first sale on the Internet.

You do not need to be highly qualified or have lots of money or resources behind you to build an online business with recurring revenue.

You just need to be really stubborn. And being highly unemployable helps.