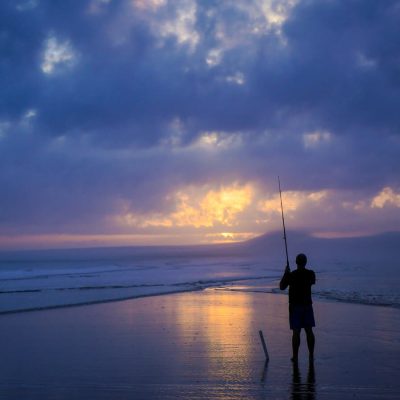 Part 2 of Troy’s 5-Series Podcast Detailing How He Went From Unemployable University Dropout to Building a Successful Online Business With Recurring Revenue.

In Part 1, I told you a little about my upbringing and how I ended up in business for myself. I shared with you the moment I hit rock bottom and my chance meeting that became a turning point for me.

Now let me explain why I really need to drive the bus.

I really need to drive the bus. @TroyDean

So between 2001 and 2005 the glory days of earning a good living as a voiceover artist taught me that sitting around waiting for the phone to ring made me vulnerable. I wanted more control over my income and I had figured out how to publish websites to promote myself as a voice artist and singer. In 2006 I published a few websites for friends in the post-production and film industry in Melbourne as favours and as a way of learning the craft. They were horrible, and I would like to take this opportunity to apologise to anyone who ever visited them.

In March of 2007, a local record company offered to pay me $1,200 to build them a website, so I decided I better learn how to write HTML and CSS. I had just landed a six-week gig singing at the resort on Great Keppel Island – a tropical island off the coast of Queensland in north east Australia. Despite the crappy dial-up Internet this was the perfect opportunity for me to study and learn how to build websites.

I realised very quickly that the record company would want to update the new website, and I did not want to be responsible for making that happen on a weekly basis. I decided I would build my very own content management system. A friend of mine put me onto PHP and MySQL as good open source tools to use. I had no idea what she was talking about, so I bought a couple of cookbooks and got to work.

For six weeks I studied, hacked code and refreshed the browser a gazillion times a day and played “Brown Eyed Girl” and “I’m a Believer” to the drunken punters at night. When I returned to the mainland, I had built a working content management system and delivered the website to my client. Then, I had to teach them how to use my clunky system. To my surprise, even though I had built their website in a way that allowed them to update it themselves, they were not particularly interested in learning how to do it. This was a very important lesson for me that would eventually pay off.

Teach a man to fish

A friend of a friend had been trying to convince me to use a piece of software called WordPress to build websites, but I was insistent on making my own content management system. During some downtime after returning to the mainland, I decided to download WordPress and give it a spin. I realised that what had taken me six weeks to code, I could have achieved in about half an hour if I had taken his advice.

I made the decision there and then to build my next website using WordPress. Another friend of mine owned a post-production studio where I had been doing some voiceover work, and he needed a new website. This was my perfect opportunity to get to know WordPress. I made an educated guess that even if I built the website on WordPress (which allowed them to make changes quite easily) I would still have to train them in how to use the processes.

While building the website, I managed to compile a 100-page document with over 80 screenshots explaining how to use WordPress to manage the content on a website. I deliberately kept all the instructions and screenshots as generic as possible so that I could reuse this document for future clients. I was totally scratching my own itch.

I delivered the new website to the client along with a 100-page PDF, which I called the “Website User Manual”. I even printed a copy out for them. They were so impressed by the user manual that it prompted me to share it with my buddy who had been trying to get me to use WordPress for months.

This is what the same document looks like today.

My buddy Brian was impressed with the amount of work that had gone into the user manual. He suggested we turn the manual into video tutorials and make a plug-in that we could sell to other WordPress developers. I volunteered to make the videos, and he worked out how to build the plug-in.

A couple of weeks later, we reconvened, put our new plug-in through its paces, and threw together a very quick website to start promoting it.

We also decided that it would need to be sold on a subscription basis because we would need to keep updating the videos whenever WordPress was updated.

Our sales checkout form was thrown together pretty quickly and seems quite ugly by today’s standards, but it did its job: it allowed us to accept money from our customers.

We had no email list and no email marketing software.

We just emailed people who we actually knew from our Gmail contacts: people who had helped us build websites, other WordPress developers and agencies, and people who organised local WordPress MeetUps.

Oh, and Brian had the genius idea of making a free plug-in to allow WordPress developers to re-brand WordPress and turn it into a white label CMS. He wrote that plug-in, and we submitted it to the

WordPress plug-in repository. It was called White Label CMS (we have a habit of naming products based on exactly what they do).

The plug-in was accepted, and WordPress developers all over the world started downloading it because it fulfilled a very specific need for them. Upon installing the plug-in, a few settings need to be configured, and on that settings page is an image advertisement for the Video User Manuals plug-in. The two plug-ins perfectly complement each other. This small advertisement in our free plug-in has been one of our most successful marketing strategies to date.

We also placed a signup form for three free e-books to help users build a better business as WordPress consultants on the settings page. This has been the biggest generator of leads for us and has allowed us to build a modest email list of around 9,000 in three years with ZERO advertising.

At the time of writing, the free White Label CMS plug-in has been downloaded over 335,000 times.

Our first sale for the Video User Manuals plug-in came from a customer in Western Australia named Kelly Exeter. @TroyDean

I hope you’re paying attention, because this is how you build an online business and create recurring revenue.

Take-Away: Provide recurring value to a targeted group of people with a common need and make sure that value exceeds your asking price. Oh, and give a bunch of awesome stuff away for free.

In the next podcast – Podcast #3, I’ll reveal how I almost destroyed my new business and the lunch meeting that got me back on track.