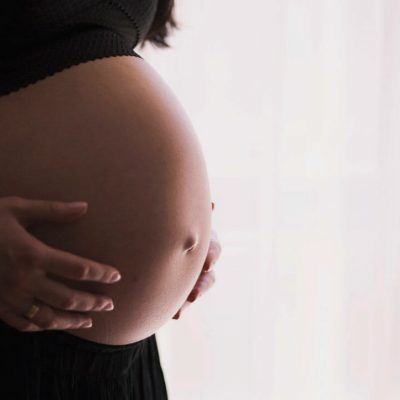 Part 3 of Troy’s 5-Series Podcast Detailing How He Went From Unemployable University Dropout to Building a Successful Online Business With Recurring Revenue.

Here’s a quick recap of part 1 and part 2 so far in case you’ve missed anything.

I just scraped through high school, dropped out of university, and found myself unemployed and living in a mouldy flat on my own at the age of 26. I had become highly unemployable and categorically unqualified to do anything. By complete chance I ended up doing voiceovers for commercials on television and radio. I built some websites for my own projects and eventually built some sites for paying clients. Then I discovered WordPress and partnered up with a buddy to launch the Video User Manuals plug-in.

That brings you up to speed.

You can't be half pregnant.

Just after we launched the plug-in, I landed a large website project that I couldn’t handle on my own, so I teamed up with a designer and we decided to build a web design agency.

For the next three years we hustled, experimented, built processes, hired staff (locally and offshore), won projects, lost projects, used various CMS platforms, came back to WordPress, built a good portfolio of clients, wasted tons of money on stuff we didn’t need, built recurring revenue, made video blogs, spoke at conferences, and learnt a million lessons along the way. By middle of 2012, I was miserable.

In the meantime, Brian and I would meet on Skype for around two hours every Tuesday and check in to see how our little plug-in was doing. I was unhappy in my web agency business (primarily because my business partner and I couldn’t agree on anything and the long debates just wore me down), and I was convinced that with a little more focused effort, the plug-in could probably support us full time. I was recently engaged and had just taken out a decent mortgage to buy our apartment. My fiancée was studying psychology at university, so we were essentially a one-income family.

I was terrified of losing revenue from building websites for clients, but I also knew that if I didn’t focus on one business or the other, I would properly screw both of them up. My fiancée also threatened to change the locks if I came home complaining about my web agency business once more.

You can’t be half pregnant

Around this time, I had a meeting with my accountant, who told me that I was essentially half pregnant with two business partners. His advice was to roll the dice and focus 100% on one business. I wanted to move more into selling digital products, and my business partner in the web agency and I could hardly agree on anything by this point, but the plug-in business was not generating enough revenue to support Brian and me full-time.

I received a promotional email from Ed Dale, who was offering business mentoring. It took me about three weeks and several emails and tweets to get Ed’s attention and convince him to mentor me. I tried to deposit money into his bank account twice and failed because he had given me the wrong details. I was determined and said I was happy to meet him for lunch and hand over the cash if need be. Third time lucky – the money went through and I had myself a mentor.

When I met Ed for lunch, he was accompanied by his friend and colleague Guru Bob. I later realised this was probably for Ed’s safety, as he has quite a public profile on the Internet, and I could have been a serial killer for all he knew. The upshot of this was that I had two immensely respected people telling me the same thing my accountant told me. They both made it perfectly clear that while I was trying to build two businesses, I was dramatically reducing my chances of succeeding in either of them.

They helped me get clear and unstuck. I left that meeting and phoned Brian on the way back to my office to tell him that I wanted to go full-time in the plug-in business. He was thrilled to hear this, but we had no idea how we were going to make it work.

Just as I was dissolving the web agency partnership, I was fortunate enough to meet Dale Beaumont, who had seen some of my content online and reached out to me. Dale ran a community of over 200 small business owners who met four times a year at a conference called Business Blueprint. He asked me to speak at his next conference about online marketing. This connected me with enough people to pick up consulting work to support myself as a freelancer while we tried to scale the plug-in business.

This is a key point. The fact that I had published some video content and blog posts based on what I had learnt led me to a connection with Dale Beaumont and over 200 potential leads. Other leads approached me because they could see I was speaking at conferences and therefore, must be knowledgeable in my domain. This is Content Marketing 101.

With a new focus and some time to devote to the plug-in business, Brian and I decided to sponsor some local events, and I was asked to speak at WordCamp Melbourne in early 2013.

I had spoken at similar events in the past. My presentations had always been based on how to improve one area of a professional’s business. This time, I wanted to give the most engaging and entertaining presentation I possibly could.

I came up with the title “101 Ways to Elevate Yourself and Demand Higher Fees”.

Brian and I fired up a Google spreadsheet and started collaborating to develop the 101 ways a WordPress consultant could make their business offering stronger and therefore, demand higher fees. After a few weeks, I had built a keynote presentation with 103 slides (101 with two bonuses – hey, I’m a marketer) and rehearsed it to make sure it fit within the 45 minutes I was given.

I was the first presenter on the day after the opening keynote, and just before I hit the stage, I was told I had 25 minutes, not 45. Do the maths. That’s four slides per minute or one every 15 seconds. I still managed to give a great presentation to a packed room. The ideas that we presented sparked a lot of conversation over the coming weeks (particularly later that night at dinner, when a bunch of us were discussing how we wished there was more business training available for us WordPress freelancers).

I ended up recording a video presentation of my 101 ways and posted it online a couple of weeks after the conference. You can see the full “101 Ways …” presentation here on Vimeo.

In the next chapter, I’ll reveal how this one piece of content became our flagship story and took me all over the world from Chicago to Auckland to the Netherlands and San Francisco, opened the door for me to interview Seth Godin and Guy Kawasaki on my podcast, and more than doubled our business.