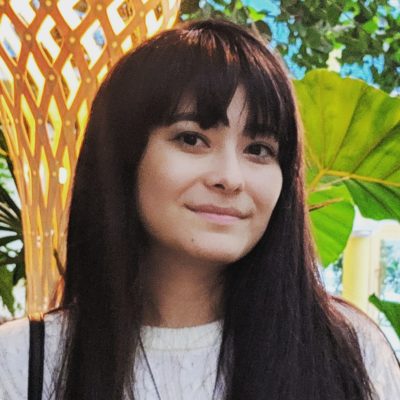 In this episode of the WP Elevation podcast, Troy is joined by Christie Chirinos, the product manager of managed WooCommerce hosting at Liquid Web. There’s more to this episode than just talk of managed hosting though. Tune in if you want to learn more about what product managers do as well as to learn how Christie uses the Eisenhower time management matrix to decide which fires to put out each day.

You might be familiar with Christie Chirinos if you use the Caldera Forms plugin, a product she helped foster from 30,000 active daily users to 200,000 (not to mention 2 million downloads).

These days, she’s making a name for herself by managing the managed WooCommerce hosting product for Liquid Web.

You might recognise Christie’s boss as well. Chris Lema spoke at WP Elevation’s event in Santa Monica earlier this year and was featured on episode #209 of the WP Elevation podcast.

Because of the changing landscape of business, a new role has emerged: the product manager.

Essentially, it’s an evolution of project management. One of the main differences between the two, though, is that the project never changes for a product manager. The other key difference is this:

“My job is to be the customers’ advocate within the company.”

You might even think of her and other product managers as liaisons. Because not only is she the customers’ advocate, but it’s her job to work closely with each department to ensure they properly support her product: managed WooCommerce hosting.

As Christie explains it, the role of a product manager is ever-changing. That’s because her role needs to evolve as the product scales.

For instance, managed WooCommerce hosting is still in an early growth phase, which means she’s focused on getting new customer subscriptions. That will soon change, though, as will her day-to-day priorities.

Which means she needs an agile system for time management.

When Christie first began managing products, she struggled a bit as it always seemed like she had an endless list of tasks to tackle. However, after talking to her mentor, she learned that it’s not about getting everything done in one day.

It’s about prioritising tasks based on importance and urgency, and putting out the fires that need to be put out today.

This time management system is called The Eisenhower Matrix. (If you’re curious to see how WP Elevation does it, read up on Dave McClure’s Pirate Metrics system.)

“I have too many things to do and not enough time to do them.” - How @xtiechirinos discovered the Eisenhower Metrics and mastered time management

With the Eisenhower Metrics, Christie’s workday looks like this:

Even though Christie said it was difficult to put off a task someone had marked as “urgent” in favour of “important” tasks that would move the product forward, she soon learned an important lesson.

“Things that were on fire Monday might not be as big of a deal by Thursday.”

What’s more, Christie learned that tasks weren’t always as urgent as she had assumed they were. When she started to say “no” to people, she found they were more likely to respond with “That’s fine! No rush!” than “What the heck? Why aren’t you doing your job?”

How a Customer-centric Culture Impacts Productivity (17:30)

Another thing that’s had a big impact on Christie’s time management and productivity is the customer-centric environment at Liquid Web.

Because the company is super focused on customer success, everyone has adopted a similar mindset. And when everyone’s on the same page about what the top priority is, it’s much easier to push important requests (from Christie’s desk or to her desk) through the pipeline.

Who Is Managed WooCommerce Hosting For? (21:30)

Although managed WooCommerce hosting is relatively new, it’s carved out a healthy niche of ideal customers already. There are three segments in particular that Liquid Web has developed plans for:

The lower tier plans cater to smaller or newer store owners. These are the ones with solid concepts and great products to sell, but need a platform to get started on.

In the past, these users would’ve gravitated towards Shopify because of how easy it is to use. But WooCommerce, as you’ll see shortly, can now compete with that ease of use.

The next tier up is for existing merchants who sell online courses, products, digital downloads and so on. They might even be using WooCommerce already.

What they’re finding right, though, is that they need better hosting or could really benefit from consolidating costs. These users look to managed WooCommerce hosting because of the product bundle, increased performance, built-in analytics, and more.

Plus, Pro and Enterprise

These higher tiers are for the really big stores and entrepreneurs that already make millions of dollars every month.

They start looking at a solution like the managed WooCommerce product because it provides the kind of high-performance hosting they need for greater levels of traffic and growth.

Although Shopify is a great e-commerce solution, according to Christie, it has its faults. And while WooCommerce has failed to position its product as something that’s as easy to use as Shopify, Liquid Web has done something about it.

With managed WooCommerce hosting, Liquid Web has addressed the ease of use gap in WordPress’s e-commerce solution. Upon signing up, users get a pre-configured WooCommerce site that’s ready to go, including:

Liquid Web has effectively turned WooCommerce into a better Shopify. For users that want to get started quickly with WooCommerce this is huge. And for those that have outgrown Shopify, WooCommerce now becomes the logical solution to migrate to.

The only obstacle they face now is the matter of cost.

If you’re looking for a way to level up your predictable product sales and you happen to work in the e-commerce space, take a look at Liquid Web’s partner program. In addition to leveraging the managed WooCommerce hosting product, you’ll benefit from other perks like referral commissions, coupon codes, free education, and more.

Even if you don’t specialise in e-commerce, there are a lot of valuable nuggets to take away from this episode in terms of product and time management.

When you’re ready to level up even further, sign up for this free webinar where Troy will show you how to raise your prices and work on more rewarding projects.

Want to get in touch and thank Christie for an insightful episode? Send her a message.